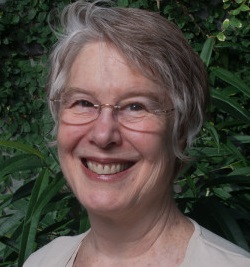 Dr. Laurie Radovsky is a family physician in St. Paul, MN. Board-certified in family medicine, she is a member of the Academy of Integrative Health and Medicine and the International Lyme and Associated Diseases Society.

MYTH: You can only have Lyme disease if you live in a few areas of the country.

TRUTH: Lyme disease has been reported in all states of the union. Some of this is due to residents acquiring the infection elsewhere, but the range of infected ticks is much larger than previously believed, and is growing. Ticks associated with carrying Lyme disease have now been identified in almost 50% of counties in the United States.[1] Furthermore, migrating songbirds carry infected ticks, spreading them across their migration route.[2]

MYTH: You can only get Lyme disease during the warmest months.

TRUTH: It is true that the greatest risk of getting bitten by a tick is between May, when nymphs hatch, and July. However, any time when the temperature is above freezing, ticks can be active.[3] Ticks are active well into the fall, so deer hunters are at risk.

MYTH: You can only get Lyme disease if you go into the woods.

TRUTH: As human environments encroach on the wild, the interface between suburbs and the habitat of deer and other animals increases. As noted above, songbirds such as robins carry infected ticks and can deposit them in urban yards as they search for worms in lawns. Pets such as dogs and cats can also bring infected ticks into the home.

MYTH: You can only have Lyme disease if you have a known tick bite.

TRUTH: Only about one third of people with documented Lyme disease recall a tick bite.[4]

MYTH: You can only have Lyme disease if your tick has been attached at least 72 hours.

TRUTH: Transmission rates increase with increasing time of attachment, but there is no definitive cutoff for a safe time. The concept that transmission takes 72 hours may come from the idea that the tick has to regurgitate its stomach contents into the wound. We now know that Borrelia is present in the tick salivary gland, so transmission may be rapid. A 2015 review article summarizes numerous animal studies showing infection of most animals by 72 hours, and of case reports citing infection within 6 hours or less of humans.[5] Added to this is the difficulty in knowing how long a very small tick has been attached, as the bite is painless and may go unnoticed. Other tick-borne infections can also be transmitted quickly. Anaplasma can be transmitted in a matter of a few hours of tick attachment.[6]

MYTH: You can only have Lyme disease if you have the classic bull’s-eye rash.

MYTH: You can only have Lyme disease if your Lyme test is positive.

TRUTH: Multiple studies have shown the two-tiered test for Lyme (ELISA followed by a Western blot) to have extremely high false-negative rates. [9] [10] [11] [12] This is because the test measures our immune response to the bacteria, and Borellia is masterful at disguising itself and changing its outer surface proteins to evade detection.[13]

MYTH: You should wait until the results of your lab tests for Lyme come back to start antibiotics.

TRUTH: An animal model of infection suggests that the sooner antibiotics are started, the more likely the infection will be prevented.[14] Given the high false-negative rate, a negative test result does not mean that you don’t have the infection—so why wait for it? Even Up to Date, a conventional source of online information for physicians, says, “There is no benefit of blood testing for Lyme disease at the time of the tick bite; even people who become infected will not have a positive blood test until approximately two to six weeks after the infection develops (post-tick bite).”[15]

MYTH: If you do start antibiotics, you should stop them if your lab tests for Lyme are negative.

TRUTH: See above. This is especially true if you are feeling better on antibiotics.

MYTH: A single dose of doxycycline is adequate treatment for acute Lyme disease.

TRUTH: Not only is the evidence for effectiveness of a single dose of doxycycline weak, but there is evidence that this may actually decrease the immune response to the infection, causing seronegative infection (where the immune system does not make antibodies, so the patient looks like they do not have the disease).[16]

MYTH: A 10-day course of antibiotics is adequate treatment for acute Lyme disease.

TRUTH: While the longer someone is on antibiotics, the more risk of side effects they have, failure rates of shorter courses are unacceptably high.[17]

MYTH: If you are still feeling sick at the end of your course of antibiotics, you don’t need any more.

TRUTH: Many patients require longer courses of antibiotics, and stopping antibiotics while a patient is still having symptoms increases the risk of relapse.[18]

MYTH: If you have had one course of antibiotics and still have symptoms, the symptoms are not due to persistent infection.

TRUTH: More and more evidence is mounting that patients can be persistently infected with Lyme bacteria. One study on primates found evidence of Borellia genetic material in ¾ of the monkeys treated with antibiotics previously.[19] Another study had uninfected ticks feed on patients who had been treated but still felt unwell. Genetic material from Lyme bacteria was recovered from one of these patients. In yet another study, patients with ill-defined symptoms who had already been treated with antibiotics were found to have positive Borellia cultures.[20] It is unfortunate that politics has impeded changes in the way we treat patients for acute and chronic Lyme disease.

This article is republished with permission from Dr. Radovsky’s blog.