TOUCHED BY LYME: No Lyme in your zip code–revisited 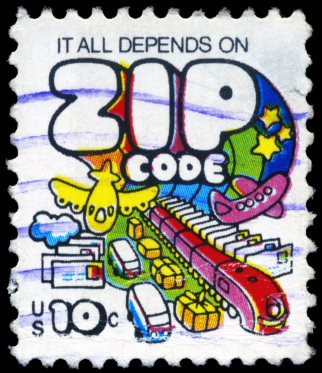 How Lyme denialism imperils your health

One of the first TOUCHED BY LYME blogs I ever wrote back in January 2009 was called “No Lyme in (your zip code here).” I recounted the widespread experience of Lyme patients—in diverse locations—who are informed by medical practitioners that they couldn’t have Lyme disease because it “doesn’t exist” in their city or county or state. Even those with a known tick bite, a bull’s-eye rash, and a laundry list of physical symptoms known to be associated with Lyme disease, are told they can’t possibly be infected. Because (allegedly) there’s “no Lyme” in whatever patch of real estate they happen to be standing in when the conversation takes place.

That was more than four years ago. Since then, a lot has happened to raise the profile of Lyme disease in the public arena. Congressional hearings. Articles in peer-reviewed medical journals. The worldwide showing of the Lyme documentary “Under Our Skin.” Celebrities with Lyme disease speaking out. A lot of newspaper coverage, including a major, award-winning investigative series. Books, magazine articles, TV and radio coverage. The widespread use of social media, especially Facebook, which has more than 1000 groups with the word “Lyme” in them.

Yet, despite this very real and important progress, it’s appallingly clear how much farther we have to go.

Here’s an email I received last week from the mother of a sick child:

Sigh… The right response to that doctor’s statement is: Of course there are deer in southern California, but that’s beside the point. Ticks can be spread by birds, rodents, and other mammals. Lyme-infected ticks have been found throughout the state, including Orange County. And the bull’s-eye rash is like a neon sign saying “Looky here! It’s Lyme disease!”

But the onus shouldn’t have to be on the patient (or his mother) to educate the medical community. Most people who haven’t yet studied at the “Lyme disease school of hard knocks” generally believe what their doctors tell them. And, in this case, doing so seriously undermines their ability to get well. Your best chance of a good outcome with Lyme and other tick-borne diseases is swift diagnosis and appropriate treatment, which is precisely what this eight-year-old boy was denied. And the situation is repeated thousands of times every day, all over the country.

My son eventually was tested twice, both negative, after I had done more research and realized there was a reason my son was having weird learning problems which come and go, plus pain, and rage. As for the negative tests, he was put on prednisolone for the ‘allergic rash’ which I have learned was not good. They never reported his rash as a ‘probable Lyme’ case since there’s no Lyme here. So far I have spoken with 14 different medical professionals who have all, even the most open minded ones, had misinformation on the disease. What gives?

The CDC’s recommended initial screening test for Lyme—the ELISA—has been shown to miss as many cases as it finds. A negative test result doesn’t mean you aren’t infected. But doctors don’t know that. By following the CDC-endorsed Lyme guidelines of the Infectious Diseases Society of America, physicians set their patients up for lifelong health problems.

Steroids like prednisolone suppress the immune system, which can worsen Lyme symptoms considerably and screw up the accuracy of the Lyme tests (which measure the body’s immune response to Lyme, not the Lyme infection itself.)

Even if the person tests positive, the CDC requires a complex system for verifying Lyme cases. The result is that thousands of otherwise valid cases of Lyme are tossed out, never showing up in official statistics. (Which in turn feeds the misperception that there’s “no Lyme” in certain areas.)

Frustration with Lyme denialism and the ineffective government response is welling up nationwide and in fact, around the world. In a few days, WorldWide Lyme Protest events are scheduled in 20 different counties and many states of the US. Patients are getting fed up with the how health officials are ignoring Lyme disease and the people who suffer from it.

Click here to find out what events may be scheduled in your area.