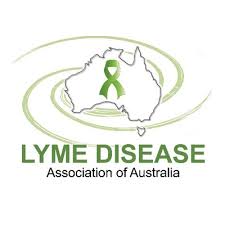 Examination of one hundred blood samples from Australian patients suggests that many have been exposed to Lyme disease, tick-borne relapsing fever, or both.

The results, which have not yet been published in a scientific journal, were described by IGeneX CEO and laboratory director, Dr Jyotsna Shah, in an interview with Marie Brown.

IGeneX is a US pathology laboratory specializing in tick-borne disease, located in California.

“Our study showed that 21% of these Australian patients had been exposed to Borrelia burgdorferi sensu lato, the causative agent of Lyme disease, 18% to the tick-borne relapsing fever Borrelia group, while a further 7% were exposed to both groups of Borrelia,” said Dr Shah.

“It’s important to remember that these were samples from sick patients, so the overall positivity rate of 46% for exposure to Borrelia was not surprising,” said Dr Shah. The high proportion of patients positive for tick-borne relapsing fever, approximately one in four, was also “not a surprise.”

All the samples were analysed using IGeneX’s recently developed immunoblot tests for Lyme and tick-borne relapsing fever. These tests use genetically engineered Borrelia proteins to look for antibodies to some 15 different species of Borrelia that may be present in patients’ blood. The wide number of species targeted in the immunoblot test contrasts with the usual one or two species detected in tests using older technology, said Dr Shah.

The study’s results are consistent with earlier findings in which a relatively high number of Australians tested positive for antibodies to these tick-borne diseases using IGenex’s western blot test, she said. But the results did not necessarily mean that the patients had been infected with tick-borne relapsing fever Borrelia in Australia, although that was quite possible, she said.

“We don’t know where the patients got infected – Australians travel a lot,” said Dr Shah.

However, Australia does have ‘soft’ and ‘hard’ ticks – the types that transmit relapsing fever borreliosis elsewhere, she said. So far, true Lyme disease has only been reported in hard ticks, she added.

In the Western USA, the bacteria responsible for tick-borne relapsing fever, particularly Borrelia hermsii, Borrelia parkerii and Borrelia turicatae, are carried by soft ticks1. Recently B. miyamotoi, another relapsing fever Borrelia, first detected in Japan and carried by hard ticks, had also been found in Lyme-endemic regions of the USA2, said Dr Shah.

“We should think inclusively about Borreliosis”

“Our feeling at IGeneX is that we should think inclusively about Borreliosis in general (Lyme and relapsing fever) and not strictly Lyme disease only any longer.”

In 2016, Australian researchers at Murdoch University in Perth found a new species of Borrelia in their study of 97 echidna ticks3, with 39% of the ticks carrying the Borrelia bacteria.

Three very similar types of Borrelia were found by the Murdoch researchers, which may end up being classified as three different species. Significantly they formed a new Borrelia group, seen so far only in Australia, and they were more closely related to tick-borne relapsing fever than Lyme disease itself, the researchers reported.

However, it was not known whether the echidna tick species in which the Borrelia were found (Bothriocroton concolor) bit humans, nor whether the new Borrelia species could make people sick, the authors said.

There is currently no test designed to detect these newly discovered Australian Borrelia.

Meanwhile, Dr Shah recommends that Australian patients whose doctors suspect a Lyme-like illness should be tested for both Lyme disease and tick-borne relapsing fever Borrelia, using the IGeneX immunoblot tests for the two groups.

Immunoblots look for antibodies to these pathogens; however, some patients do not develop antibodies. In these individuals, testing by PCR (polymerase chain reaction), a test that looks for Borrelia DNA4, should be included, Dr Shah suggested. An IGeneX test panel that includes both immunoblots and the PCR is now available.

However, not all patients with Borrelia will show positive on PCR because Borrelia tend to lurk in the tissues and may not show up in a blood sample.

IGeneX accepts patient samples globally, including from Australia. According to Dr Shah, “There is no problem with shipping blood samples from Australia to the USA. Samples arrive in good condition for testing.”

“Thanks to ongoing research and the use of these advanced testing methods, previously undiagnosed patients may finally find the answer to their ‘mystery illness,’ ” said Dr Shah.

She suspects that Borrelia that cause disease in humans exist worldwide, including in Australia.

“This emphasizes the need to try to avoid tick bites and to report them to your medical practitioner whenever they happen,” she concluded.

The Lyme Disease Association of Australia sincerely thanks Dr Shah for her time, expertise and progressive work with tick and other vector-borne disease testing.

This article is republished by permission from the Lyme Disease Association of Australia.

2 US Centre for Disease Control information on Borrelia miyamotoi https://www.cdc.gov/ticks/miyamotoi.html