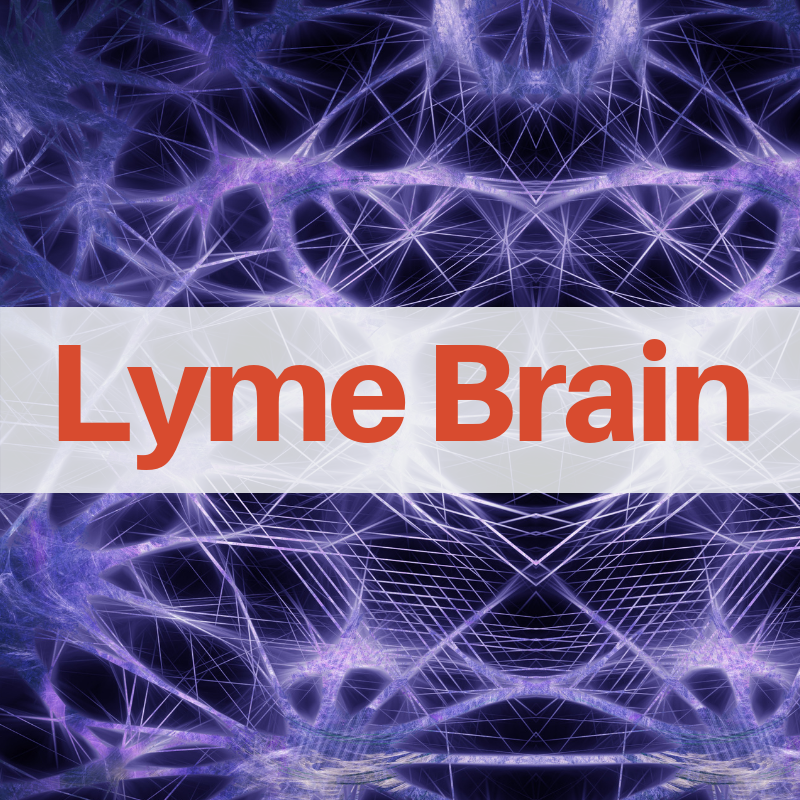 In a new study, researchers from the Johns Hopkins School of Medicine have found evidence of chemical changes and widespread inflammation in the brains of patients with chronic symptoms following treatment for Lyme disease.

This Johns Hopkins (JH) study, published in Journal of Neuroinflammation, supports the experience of hundreds of thousands of patients who have tried for years to have their chronic symptoms of pain, sleep disturbance, fatigue, and cognitive impairment validated.

“What this study does is provide evidence that the brain fog in patients with post-treatment Lyme disease syndrome has a physiological basis and isn’t just psychosomatic or related to depression or anxiety,” says John Aucott, M.D., a senior author of the new paper and director of the Johns Hopkins Lyme Disease Research Center.

The fact is, too many patients with Lyme disease are left with chronic, debilitating symptoms following treatment for Lyme disease. In the nearly 40 years since the discovery of Lyme, no one has been able to determine why some patients get better with treatment and others remain ill.

Thirty-one participants in the JH study were divided into two groups. One group consisted of 19 healthy controls, and the other had 12 patients with persistent symptoms lasting six months or more following “appropriate” treatment for Lyme disease. The study also refers to this group as having post-treatment Lyme disease syndrome (PTLDS).

The term PTLDS is controversial. One the one hand, it’s a term that specifically defines a group of patients for research purposes—people who were diagnosed early in the disease process, received a short course of treatment, and continued to have symptoms after treatment.

On the other hand, PTLDS implies that these patients received “appropriate” treatment and are no longer suffering from an infection.

In fact, no one knows what the appropriate duration of treatment for Lyme disease is, as evidenced by the high rate of treatment failure.

The JH study does not provide details on which “appropriate treatment” was previously administered to the patients they label as having PTLDS. The CDC currently recommends 10-21 days of oral antibiotics, but in a recently published study of Lyme arthritis from Massachusetts General Hospital/Harvard Medical School, all patients had been treated with one-to-four  months of oral antibiotics, followed by one month of IV ceftriaxone.

It would be informative to know which antibiotics these JH study participants received—and for how long—as that might provide a clue to the level of brain inflammation.

Notably, the patient sample was highly symptomatic on the SF-36 questionnaire (a standardized survey that measures quality of life.) Participates had average scores of 34.9 (A score of 50 is considered normal.) Each patient in this study reported fatigue and at least one cognitive symptom (difficulty finding words, difficulty concentrating or memory change).

In the JH study, all participants received a PET scan, which shows levels of inflammation throughout the brain. They were also given a radiographic tracer to highlight glial activation. Glia are specialized cells that operate between the immune system and the nervous system.

The researchers were surprised to find the PET scans revealed significantly higher levels of inflammation, across eight different regions of the brain, in the PTLDS patients as compared with controls. As you can see, in the photo below, it looks like the Lyme brains are on fire.

“We thought there might be certain brain regions that would be more vulnerable to inflammation and would be selectively affected, but it really looks like widespread inflammation all across the brain,” says Jennifer Coughlin, M.D., of Johns Hopkins, an author of the study.

Basically, there are two types of pain: acute and chronic. Acute pain is caused by the stimulus of pain sensory nerves in the body that send a signal up your spinal cord to your brain, which registers as pain (like stepping on a tack or smacking your elbow).

Chronic pain (or pain that persists after or in the absence of injury) is caused by the misfiring of nerves. In the brain, over-active glia are known to contribute to persistent pain. The JH study shows glial inflammation is also related to persistent cognitive symptoms. So, it makes sense that Lyme patients report a lot of pain and neurological symptoms.

The symptoms and poor quality of life scores of the PTLDS patients in the JH study correspond with the published results of Phase 1 of the MyLymeData study. It collected data from 3,900 physician-diagnosed Lyme disease patients who were still ill.

When asked to name their worst symptoms, these MyLymeData participants most frequently reported neurological (84%), fatigue (62%), and musculoskeletal-associated symptoms (57%).

A prior LymeDisease.org study confirmed what this JH study shows: chronic Lyme disease is associated with a worse quality of life than most other chronic illnesses, including congestive heart failure, diabetes, multiple sclerosis and arthritis.

The authors of the JH study do not speculate as to the cause of the PTLDS. But they offer several possibilities, including an ongoing inflammatory response due to remnants (antigens) of infection. They also acknowledge a 2017 study by Monica Embers that found Lyme bacteria survive a 28-day course of antibiotics, producing antigens in the central nervous system (CNS) of monkeys.

Either way, the study suggests that antigens that remain in the CNS after antibiotic treatment appear to be the cause of persistent inflammation, which may be linked to the neuropsychiatric symptoms of PTLDS.

What it all means to patients

The JH study has done a good job of illuminating physiologic brain changes that are caused by Lyme disease. While the authors do not discuss the possibility that the inflammation may be caused by continued infection, they did refer to the Embers study, which demonstrates that persistent infection is possible after antibiotics.

The authors do suggest that drugs designed to curb neuroinflammation may be able to treat PTLDS. Interestingly, there is a lot of research showing the antibiotic minocycline is commonly used to inhibit proinflammatory microglia (a certain kind of glial cell). Other medications used to treat infections like ceftriaxone and rifampin also have been shown to inhibit neuroinflammation.

Brian Fallon, MD, and Jennifer Sotsky, MD, talk a lot about neurological Lyme and the good news emerging from recent research in their book “Conquering Lyme Disease: Science Bridges the Great Divide.” In it, they ask the following million-dollar questions:

“Could it be that some patients with chronic symptoms after antibiotic treatment for Lyme disease suffer from a persistently activated immune response that now requires immunologic therapies rather than or in addition to antimicrobial therapies to achieve symptom improvement or remission? Is it persistent infection, persistent remnants of infection, or is it now an autonomous autoimmune response?”

The advanced science used in the JH study validates what Lyme patients have known for decades—short term antibiotics are not a cure-all. I hope this study will bring us one step closer to finding a cure.

While LymeDisease.org understands the use of the term PTLDS as a research definition, we object to the definition being used to deny Lyme patients necessary treatment. Read our CEO Lorraine Johnson, JD, MBA’s presentation to the HHS Tick-Borne Disease Working Group on how use of the term “Post Treatment Lyme Disease Syndrome” harms patients.