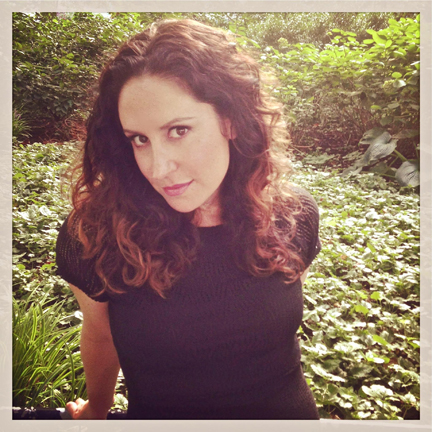 A July 2014 wedding on Long Beach Island, New Jersey was the start of my nightmare.

It was a beautiful weekend filled with love for two of our dearest friends who were, after 14 years together, finally legally able to marry. There was lobster and champagne and a crazy Gordon Gekko-style house on the beach. I sang a few songs, made a toast, and cried happy tears.

I woke up two days later, back home in NYC, with a crushing head and neck ache. It was weird, but I figured I would sleep it off and be better in the morning. It took a few days, but I recovered.

That Saturday, I got out of the shower and saw a faint red circular rash on my shoulder with a bug bite in the middle. My knees buckled. I called for my husband, Andy, “HUNNEEEE! I have LYME!”

He really didn’t think so.

I banged on my neighbor’s door, still in my towel, “Rachel! Look! Lyme!”

She told me no way.

But I knew, and I walked to the ER.

The fresh-faced doc took a quick glance at my shoulder and said it looked like Lyme, and to thank God I wasn’t one of those “crazy Lyme people” that never gets better because they caught it too late.

I filled the CDC recommended 21 days of 200 mg of Doxycycline and fully believed I’d be okay.

I followed up with an infectious disease specialist from NYU a few days later, to be safe. He reassured me that I would have no complications since I caught the bite within a week.

A month later, my breast was swollen. I was vaguely aware of a deadly cancer that presents this way, and rushed to my internist. She sent me to an oncologist at Mt. Sinai who was kind enough to make room for me that day. He did not know why I had this symptom (“too much soy, hormonal, maybe”) but was certain it was not cancer. I saw him two more times to be sure. He was puzzled by my fixation and panic since he had ruled out the worst.

By November, my arms were profoundly weak. A fork felt like a bowling ball. I noticed my heart was palpitating and racing at night and I could not fall asleep. When I dozed, I woke up in a sweat. Every time I closed my eyes I saw horrifying faces melting into each other. I told Andy I was seeing monsters.

I was suddenly scared to be alone.

I went back to my long-time doctor. She believed something was up but didn’t know what. She sent me to a sports medicine guy who barked, “You’re weak! You need to lift weights!”

I told him my sternum was sore. And my ribs. My bones. I asked him to order me a chest wall MRI. He thought I was nuts but did it anyway.

I was so weak from the 5-pound weights I lifted in his office that the next morning I couldn’t wash my hair.

I whispered to my sister-in-law, “Something is very wrong.”

I went back to the ID doctor and asked if all this could be related to Lyme and he said no. I told him I heard there were Lyme specialists and asked if he could refer me to one. He laughed and said, “Oh God. A bunch of shysters!”

I saw a second ID doctor who also claimed there was no way I still had Lyme, and when pressed, added that he was positive because he “went to medical school” and the antibiotics I took “killed Lyme 100 percent of the time in the test tube.”

My radar was blaring.

By now, I was short of breath and went to a cardiologist who said my heart function was like “a 70-year-old man’s.” Tears streamed down my face as I lay there gasping for air and she could not help me.

It is Christmas week 2014. I am in California with Andy resting at our friend’s heavenly farm. I am too weak and short of breath to walk from my bed to the car. I can’t sleep and stay up all night crying. I am a shell.

I ask Andy to Google all of my symptoms and just tell me what’s wrong. I know I am dying.

He pulled up the famous Dr. Burrascano checklist and gasped. I had 37 out of 60 symptoms. Full-blown Lyme.

I now know none of these doctors were aware of recent scientific studies showing Lyme can persist long after you finish your woefully inadequate CDC-recommended short course of antibiotics.

I am enraged and overwhelmed and terrified.

By the grace of God, my friend knew a specialist, a Lyme-literate doctor, in San Diego, four hours away, who mercifully agreed to see me over the holiday if I could get to him.

He listened for 10 minutes and calmly said, “You have Lyme. Lyme does all kinds of weird things, but you’ll get better. Amazing that I am only the 12th doctor you’ve been to. Most find me somewhere between 20 and 100.”

I flew home and started the three antibiotics he prescribed. In days, my muscles and joints calmed down. Within eight weeks, my brain fog lifted and the melting faces stopped. My heart recovered normal function by April. I could breathe!

This “shyster” saved my life.

It has been exactly a year since I started proper treatment for Lyme and the miserable co-infections (which require drugs other than doxy) that invariably come with it. I am about 95 percent better. I am still on and off various antibiotics and Chinese herbs, but there is light.

Last week, I signed up for MyLymeData, a project of LymeDisease.org. It’s a means for patients like me to wring some benefit out of our horrific Lyme experiences. By sharing information about our symptoms and treatment—including what worked and what didn’t—we can help point the way for medical researchers who are searching for a cure for Lyme.

Please join me! Click here for more information about MyLymeData.

Dana Parish is a New York-based singer/ songwriter whose work has been recorded by Celine Dion and other stars.  A version of this article originally appeared in the Huffington Post. Click here to see her other Lyme articles.