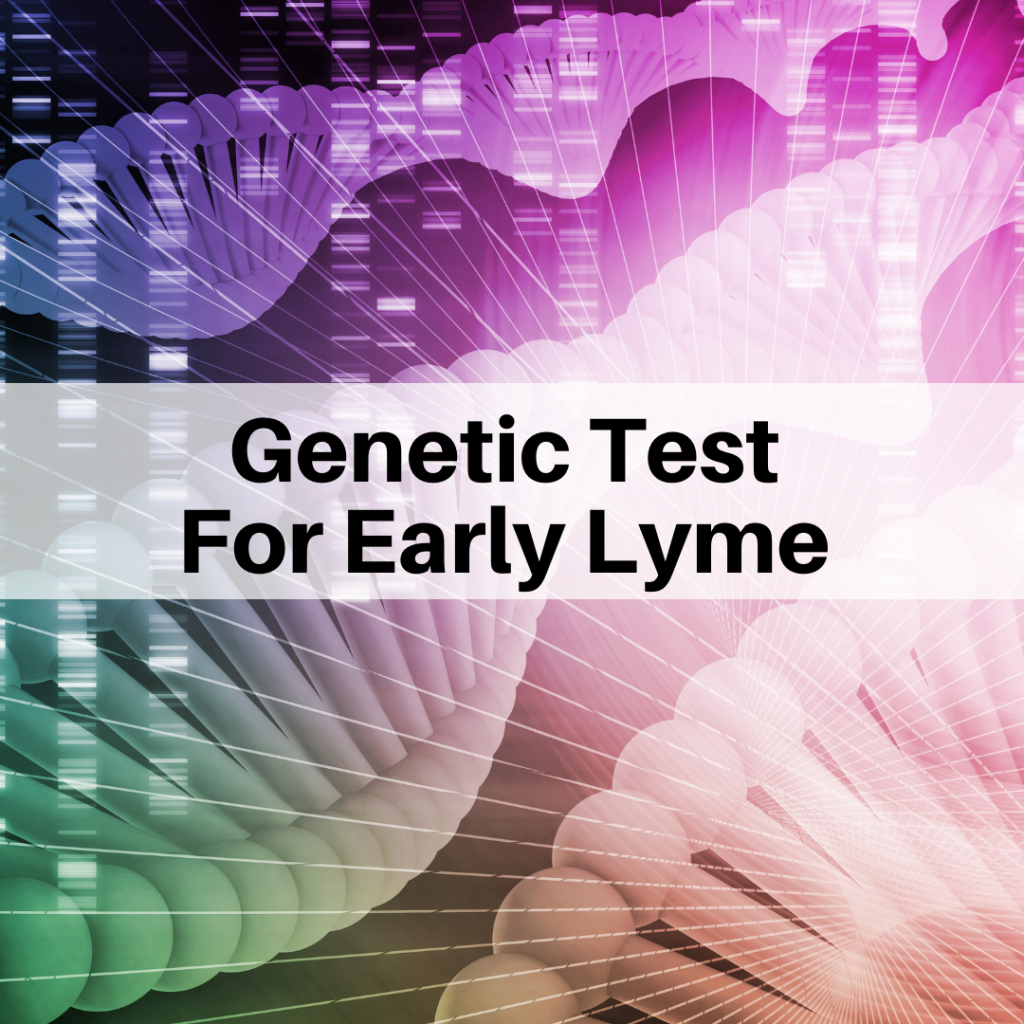 When Lyme disease isn’t diagnosed promptly, patients miss out on the chance for early treatment. This puts them at much higher risk for late-stage Lyme, often leading to chronic debilitating symptoms.

One reason for delayed diagnosis of Lyme disease is the inaccuracy and inability of the standard test to detect signs of infection in the earliest stages.

Now, there’s hope on the horizon to change this.

Researchers at the University of California, San Francisco (UCSF) and Johns Hopkins University (JHU) have discovered a next-generation gene sequencing technique, called RNA-seq, to map the host response to infection.

The findings were published in Communications Medicine in July 2022: A diagnostic classifier for gene expression-based identification of early Lyme disease.

“To our knowledge, this study is the first to document changes in gene expression occurring even after a bacterial infection has been treated with appropriate antibiotics,” said John Aucott, MD, of Johns Hopkins University School of Medicine and a senior investigator on the study.

Compared to other common infections, Lyme disease is particularly difficult to diagnose. Part of this is because the bacteria that causes Lyme disease (Borrelia burgdorferi) doesn’t stay in the blood for very long—a few days at the most.

From the blood stream, the bacteria quickly disseminates into various tissues of the body where it is able to hide. As a result, the “gold standard” direct-detection methods (eg. blood culture and PCR) will have difficulty picking up the infection due to the low level of bacteria found in the blood stream.

In fact, the standard two-tier test for Lyme disease only detects about 35% of early/acute Lyme disease.

The study’s lead investigator, Charles Chiu, MD,  of UCSF, has been working on developing a better Lyme and tick-borne disease diagnostic for several years.

Here is photo of the first time I saw Dr. Chiu speaking about the next-gen test in 2016.  Click here for a tweet thread of his presentation that day. 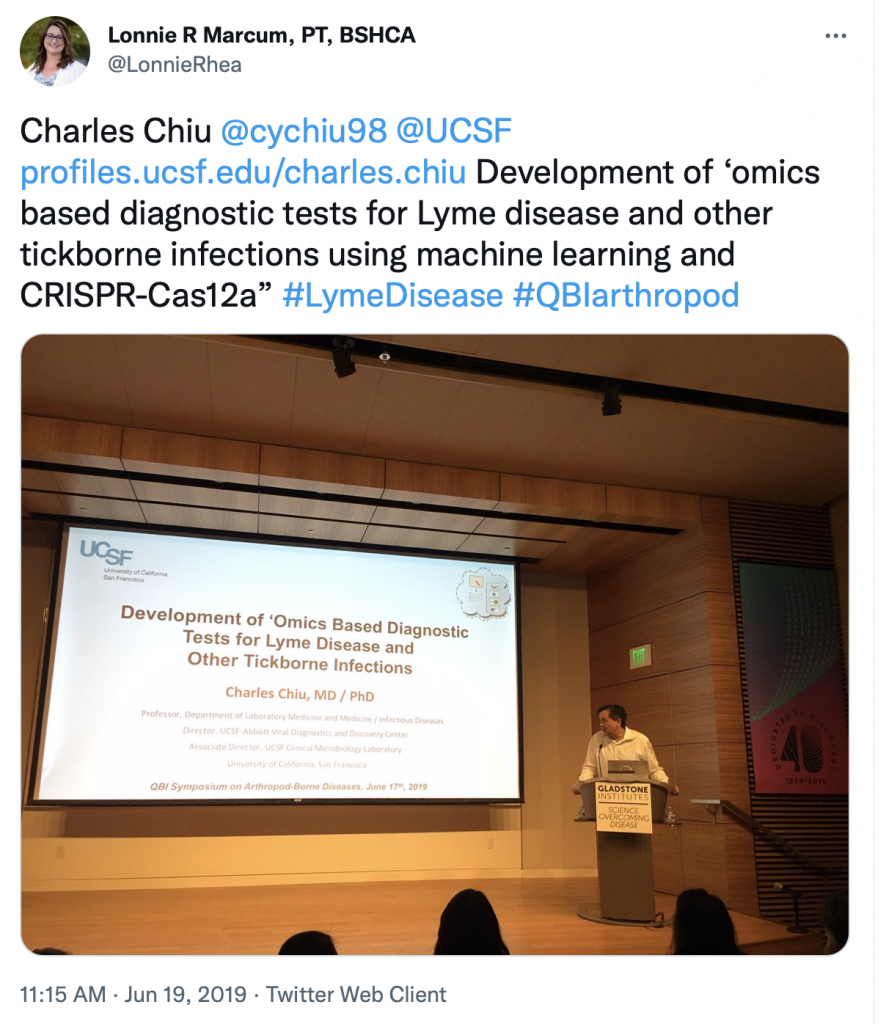 Alas, after outbreaks of first Zika and then COVID-19, Dr. Chiu and his team were pulled off the Lyme project to help develop a rapid diagnostic for those pathogens. Dr. Chiu is likely most famous for rapidly detecting the first Omicron variant of SARS-CoV-2.

Using metagenomic sequencing–broad evaluation of genetic material within a sample–the researchers looked for genes that are expressed in patients who are known to have Lyme disease. They were able to plot distinctive gene signatures in patients that begin in early infection (even before symptoms develop) and persist for at least four weeks.

To arrive at the new diagnostic gene signature, the researchers sequenced the blood of 218 subjects. The study included 94 early Lyme disease patients, 48 healthy controls, and 75 patients with non-Lyme infections (influenza, bacteremia, or tuberculosis.)

The gene panel was able to discriminate between early Lyme patients and controls with an overall sensitivity of 90%, specificity of 100%, and accuracy of 95.2%.

Compare that to the standard two-tier test for Lyme disease which has an overall sensitivity of 53.7%.

All 94 of the Lyme patients in this study had documented erythema migrans (EM) rash and history of tick exposure. All were enrolled in Dr. John Aucott’s “Study of Lyme disease Immunology and Clinical Events” (SLICE) at the Johns Hopkins Lyme Disease Research Center.

The researchers found that not only did the characteristic LDC gene signatures persist despite antibiotic treatment, but some were still present six months later.

Notably, at the six-month stage, about half of the patients had fully recovered. The rest had some persisting symptoms. Despite the contrast in how the two groups of patients recovered (or didn’t), there were no corresponding differences in their gene signatures.

This means that currently, the LDC gene signature can detect early infection, but can’t determine when the infection has cleared.

The researchers feel that the “condensed diagnostic panel of 31 multiplexed gene targets makes it amenable to implementation on commercial multiplexed nucleic acid testing instruments or on targeted RNA next-generation sequencing platforms,” like those used in detecting the SARS-CoV-2 virus during the COVID-19 pandemic.

To understand the principles and approach of metagenomics next-generation sequencing for unbiased detection of emerging pathogens, watch here: