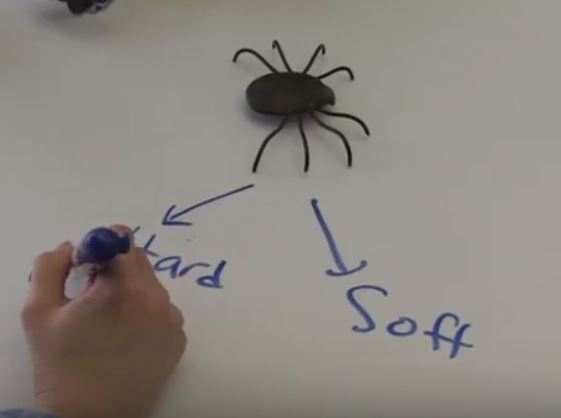 Ixodes scapularis is the kind of tick that carries Lyme disease (and other nasties) throughout much of the United States.

However, its cousin, Ixodes pacificus, carries Lyme and co-infections in California and other parts of the west.

Scientists sequenced the genome of I. scapularis some years ago. That process produced lots of useful information for researchers.

Guess what? The genome for I. pacificus has never been sequenced. In fact, very little is known about this particular critter.

Scientists at the University of California, San Francisco, would like to change that.

Turns out that a company called Pacific Biosciences, based in California’s Silicon Valley, has developed sophisticated techniques for analyzing genomes.

And PacBio is holding a contest, with the prize being free genomic sequencing for the winning entry.

The team from UCSF has made it to final six. And now the public can vote on their “favorite plant or animal project” to be sequenced.

(Clarification: Ixodes pacificus is in no way my favorite ANIMAL. Far from it. But this is definitely my favorite PROJECT. An important distinction.)

Watch what the scientists have to say about it. (And who knew tick researchers could make a funny video?)

I’ve already voted. You can, too. The deadline is March 15. Details here.