A tick bite at age 6, followed by more than 40 years of health problems 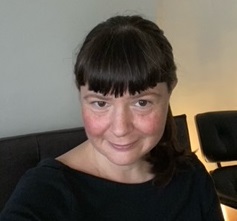 Marta Edmisten gave the following as public comments at the August 26 meeting of the federal Tick-Borne Disease Working Group.

Good morning, my name is Marta Edmisten. I am here today to talk about the impact tick-borne disease has had on me.

I had my first known tick bite around age 6, in 1980. I found a bump behind my right earlobe. I vividly remember my mom dropping the wriggling tick into a medicine dosing cup full of rubbing alcohol, which immediately turned red.

That was two years before Borrelia burgdorferi was officially identified and even more years before testing was available.

I am now 47 and currently live with two strains of babesiosis, two strains of Bartonella, active Lyme disease, as well as tick-borne relapsing fever.

My testing is recent and not “borderline.” This is after over five years of treatment. I am here to tell everyone that the adage that tick-borne disease is hard to get and easy to get rid of is simply not true for so many of us.

Within a year of my first tick bite, I developed endocrine issues so worrisome that I was followed by the head of endocrinology at DC’s Children’s Hospital for fourteen months. No cause was ever discovered.

By age 8, I suddenly developed attention and reading issues after having flawless testing results in kindergarten. I also struggled with a sudden onset of allergies and asthma. My joints would swell out of nowhere and ache. I was screened for juvenile rheumatoid arthritis. The results were negative.

I was officially diagnosed with ADHD and dyslexia after getting less that 400 on the SATs. My GPA at the time was stellar. I worked really hard.

I got my second known tick bite in Rhode Island while I was in college. I had a bull’s-eye rash all over my neck. I was told it was a spider bite and sent home.

I was diagnosed with  SMI—serious mental illness—soon thereafter. For over two decades, I saw preeminent psychiatrists in Boston and New York City. I took all the pills–nothing worked. I was hospitalized multiple times. I voluntarily underwent electroconvulsive therapy (ECT) treatments.

By the time I was 36, my arms and legs often twitched uncontrollably and soon fatigue and pain made running my successful business impossible. At 40, my vision was so poor I was unable to read, walking was impossible, and I became incontinent. Multiple autoimmune diseases were suspected. I was finally tested for Lyme disease and co-infections in 2016. I started treatment soon thereafter.

I am no longer on psychiatric medications, just things to help me sleep. Physically, I am better, but I’m still extremely disabled. Just last fall, I spent months not recognizing my home or remembering that my closest friend had passed away over a year earlier.

I look perfectly normal — as long as I am seated. I live with extreme mobility issues, drenching sweats, intermittent fevers, neuropathy, immune dysfunction, pain that often makes sleep impossible, and cognitive issues that make my dream of becoming a social worker out of reach at this time. There are so many people with my story.  Please believe us.  Please help us.