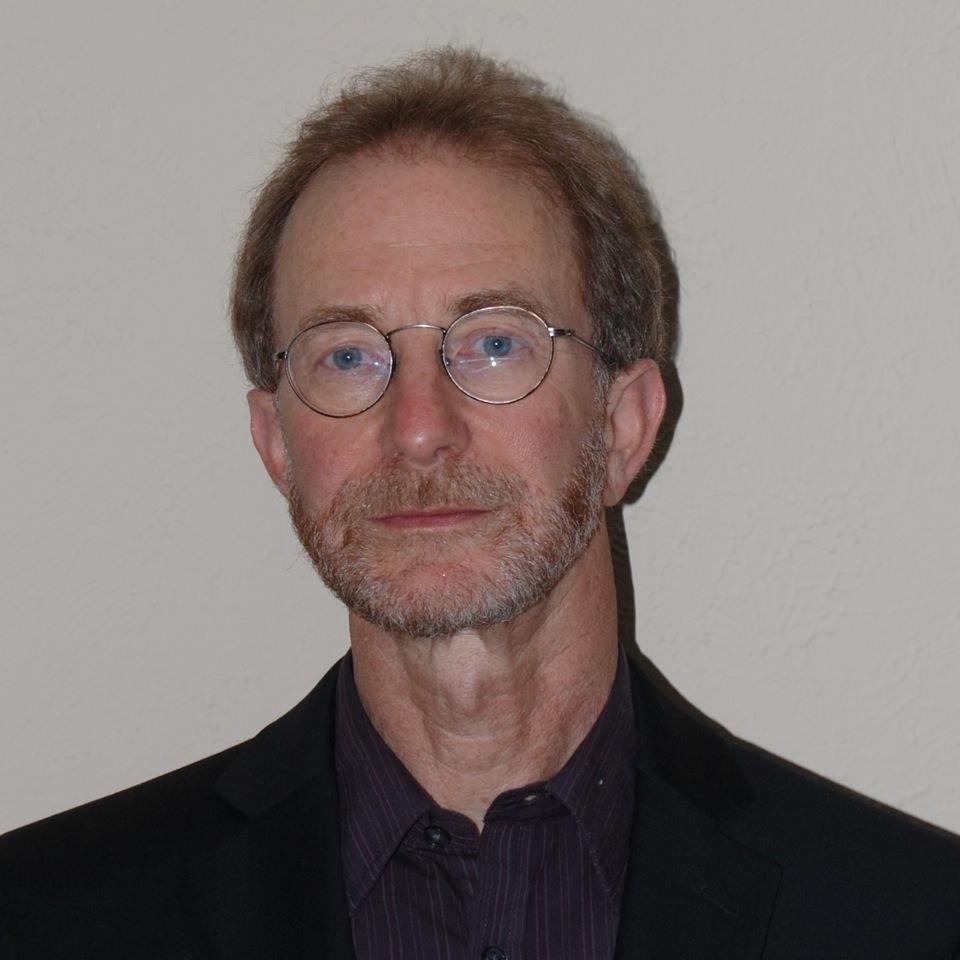 In a previous blog about disulfiram,  in July, 2019, (1) I reported on preliminary data, both in vivo and in vitro, suggesting that disulfiram may be a good drug to treat Lyme disease and babesiosis. (2-4)

I can now say definitively that disulfiram is indeed a breakthrough in the treatment of Lyme disease and babesiosis. Ninety of my patients are now on disulfiram, and, judging from the posts on Facebook, there are many more now taking this drug.

Because of the increase in demand and the fact that Teva has stopped producing it, most U.S. pharmacies cannot supply disulfiram. My patients now get it through Canadian pharmacies where it is sourced from other countries.

Sustained remissions in many Lyme patients

Dr. Kenneth Liegner has had the longest experience treating tick-borne infections with disulfiram. He is seeing sustained remissions of six months or more after completing treatment in many patients.

Dr. Liegner’s first patient had been on triple antibiotic treatment for eight years for Lyme disease and babesiosis, and could not stop his treatment regimen without suffering a relapse. He took disulfiram for four months and has now been off all treatment for almost two and a half years, feeling better than ever. (3)

Because we have large groups of patients on disulfiram reporting their experience on dedicated Facebook groups, we are getting a lot of feedback. The biggest issue is still Herxheimer reactions.

To mitigate these reactions, I suggest starting with low doses, 62.5 mg or 125 mg every three days. Patients who appear fragile, inflamed, or poor detoxifiers start as low as 15 -25 mg every week, which is available at compounding pharmacies.

Doctors prescribing these doses should request that capsules be enteric-coated and time-release. Enteric coating allows the medications to get through the stomach without being broken down by the stomach acid. The medication is then released in the small intestine, which is best in this situation.

Dihydromyricetin facilitates metabolism of both alcohol and acetaldehyde, (5) and some patients report that it also helps with the die-off symptoms. Splitting the dose of disulfiram to two or three times daily and taking it with vitamin C and zinc also may mitigate Herxheimer reactions as well as neurotoxicity.

If the Herxheimer reaction is severe or prolonged, then the dose of disulfiram should be decreased. I advise my patients to never advance the dosage if they are still Herxing, and to check in with me by email every two weeks.

Most of my patients are already on antimicrobials when they begin disulfiram. If they stay on these, the Herxheimer reactions are more severe. Therefore, I taper the antimicrobials as I increase the dose of disulfiram.

If patients are having symptoms, it is necessary to determine if symptoms are related to Herxheimer reactions, drug side effects, or under-treatment due to tapering their antimicrobials too quickly.

For example, I advised a patient with Lyme disease and babesiosis to stop her Mepron when she reached a dose of 62.5 mg daily. Within a week, she complained of a recurrence of her Babesia symptoms, and I instructed her to go back on Mepron but at half dose. In a few days she was fine, and when she increased the dose of disufiram to 125 mg daily, she stopped the Mepron without difficulty.

Patients on disulfiram must avoid alcohol! Disulfiram—also known as Antabuse—has traditionally been prescribed for alcoholics to help them give up drinking. When alcohol is ingested, disulfiram inhibits the breakdown of acetaldehyde and makes the person feel terrible.

Anything that ferments, such as rice, kombucha, and some probiotics, may cause a problem. Some vinegars also contain alcohol. While some foods contain acetaldehyde, the levels are quite low.  So far, I have not seen food-related problems with disulfiram.

Tinctures that are stabilized with alcohol can be put in a cup of hot water and after ten minutes most of the alcohol will evaporate. Many topical products contain alcohol—including sanitizers, soaps, deodorants, shampoos, conditioners, hair products, lotions, and mouthwash. These should also be avoided.

Sensitivities to all these products appear to increase while on disulfiram. One patient told me that she sprayed vinegar onto her refrigerator door to clean it, and the fumes caused a reaction. Another patient described feeling well until he applied some skin lotion. I myself removed a cork from a wine bottle (for guests), and had an instant headache.

Watching for side effects

Like all medications, disulfiram has side effects. Serious ones are uncommon, but can include neuropathy, optic neuritis, hypertension and psychosis.

Disulfiram can also cause irritation of the liver, and liver tests should be performed regularly. Although disulfiram is anti-inflammatory (6), it can cause neurotoxicity. When a patient develops significant neurological symptoms, it might be a Herx reaction, but it could also be a neurotoxic side effect of disulfiram.

Some of the neurotoxicity associated with disulfiram is caused by activation of  copper, which promotes lipid oxidation within myelin membranes. (7)  Zinc intake will decrease copper levels.

People with compromised detoxification pathways are more likely to experience neurotoxic drug side effects. The most common are fatigue, depression and other mood disorders, impaired cognition, and headaches, and typically occurs at higher doses.

If these symptoms occur, I recommend that patients stop the disulfiram for a day and check in. If they immediately improve, then it is a drug side effect, and I instruct patients to decrease the dose or initiate a pulse regimen.

I myself am not on Facebook, but some of my patients keep me updated about what is being posted. It sounds like there is a lot of fear, with people reporting neuropathy in particular.

I now have over 90 patients on disulfiram and I have not seen neuropathy. From what I can tell, many patients start at too high a dose and increase it too quickly, a sure recipe for a bad reaction.

I have also heard that some doctors leave their patients on previous antibiotic protocols when starting disulfiram. This is sure to cause more Herxheimer reactions. I taper people off their previous antibiotics as they increase the disulfiram dose. Bottom line: if patients start low and go slow, they do fine.

Disulfiram is an unusual medication. It works well against Borrelia burgdorferi and Babesia. On the basis of Herxheimer reactions, it also hits Bartonella, but does not appear to eradicate this microbe.

Disulfiram may target a host of other microbes, including fungi (8). Anecdotally, it also attacks protozoa and helminths (a kind of parasite). It has been suggested that disulfiram will not impact the gut microbiome, (9) but the evidence for this is not clear. Since this drug is active against other bacteria, (10) for now I recommend that probiotics be continued. It is fascinating that disulfiram also has anti-carcinogenic activity. (11)

I have been particularly impressed by the impact of disulfiram in patients who appeared to be in remission. The following is an email from Otto, who appeared asymptomatic after being treated for Lyme disease and babesiosis but then went on disulfiram:

I wanted to reach out with my first update after stopping taking disulfiram.

I cannot remember the last time I felt like this. I have so much more energy, so much more space in my head, so much more connection from my mind to my body allowing me to experience my life in a way that had become a distant memory.


My ability to think clearly, make and execute plans, have the energy to accomplish said plans and then carry onto the next is amazing. This experience of continuing to “wake up” from a bad dream I forgot I was in is truly amazing. It feels like the movie Limitless where the main character discovers a drug that allows him to use the entire capacity of his brain.

I feel like I am actually able to use my mind and body after only being able to control a fraction for so long.

I am definitely noticing the disulfiram leaving my system now that I have stopped. The more it leaves the better I feel. I will continue to keep you updated as time progresses.

I sincerely cannot thank you enough. This is a complete game changer.

Otto explained to me that he forgot what it was like to feel well, before he became sick with tick-borne disease. I have other patients who have expressed similar sentiments.

We don’t know how much residual inflammation related to ongoing microbial colonization resides in us after treatment with antimicrobials. And we don’t know if disulfiram actually eradicates Borrelia burgdorferi and Babesia. But it clearly results in sustained remissions.

We still have a lot to learn about disulfiram. Dr. Jayakamur Rajadas at Stanford is the pioneer who first considered disulfiram in the treatment of Lyme disease. He tested over 4,000 drugs against Borrelia burgdorferi and published his results in 2016. (3)

Disulfiram ranked number one of all the drugs tested. He is still working to clarify its antimicrobial activity, and come up with analogues that have less toxicity. He also wants to test disulfiram against Babesia and Bartonella in mice.

As we gain more experience with disulfiram, I plan write additional blogs updating the topic.

Dr. Daniel Kinderlehrer is an internal medicine physician with a private practice in Denver, Colorado, devoted to treating patients with tick-borne illness. He is the author of the forthcoming book, “Recovery From Lyme: The Integrative Medicine Guide to the Diagnosis and Treatment of Tick-Borne Illness.” It will be released next year.