NEWS: Basketball team to highlight Lyme awareness at Feb.10 game, to be featured on national TV 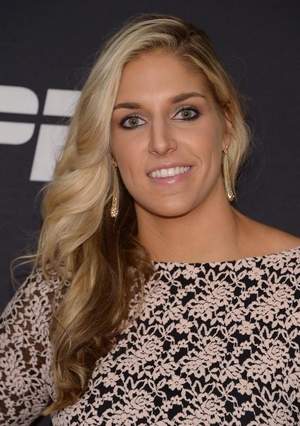 Female hoops star Elena Delle Donne, who overcame Lyme disease, has partnered with the Delaware team to raise money for Lyme4Kids. The 87ers will play in special lime green uniforms which can be bid on during a silent auction.

Newark, Del. – February 4, 2014 – The Delaware 87ers today officially announced their partnership with reigning WNBA Rookie of the Year Elena Delle Donne for a Lyme disease awareness night to take place on Monday, February 10, 2014 at 7 p.m. when the Sevens take on the Maine Red Claws at the Bob Carpenter Center.

In a joint effort between the 87ers and Delle Donne, the proceeds raised will be donated to LymeAid 4 Kids of the Lyme Disease Association, Inc., a financial resource for the families of children who have been diagnosed with Lyme disease.

“Delaware is among the top ten states in the U.S. with the highest incident rates of Lyme disease,” said Aaron Moszer, Delaware 87ers President. “The partnership with Elena and the Lyme Disease Association’s LymeAid 4 Kids fund helps continue the SEVENS STRONG community initiatives in Delaware and we are honored to work with Elena and the organization to increase awareness of Lyme disease.”

The Delaware native, former Delaware University women’s basketball phenom, Chicago Sky stand out and 2013 WNBA Rookie of the Year Elena Delle Donne, who contracted Lyme disease in 2008, will be on site to take part in delivering the team’s Lyme disease awareness message.

“I contracted Lyme disease in 2008 and at that time had very little knowledge of the disease,” said Delle Donne. “Despite the physical pain and many side effects, the financial burden it brings is enormous, and frankly, shocking. It is my privilege to do whatever I can to raise awareness of the disease and to help organizations that provide aid to families who are facing the financial and emotional challenges that come with Lyme.” Before the 87ers tip off on Monday, February 10, Delle Donne will host a youth basketball clinic from 4 p.m. – 5 p.m. at Ursuline Academy for a select group of kids.

The Delaware 87ers’ Monday night game will be featured nationally on CBS Sports Network which will be available to more than 99 million households across the country. To highlight Lyme disease awareness, the 87ers will play in special lime green uniforms which can be bid on during the silent auction to take place on the concourse during the 87ers game. Each fan in attendance will receive a commemorative game t-shirt. A select number of fans will be offered the opportunity to meet Delle Donne during an intimate pregame Q&A session in the Bob Carpenter Club and during a limited VIP Autograph session post-game. All proceeds from ticket sales, autograph session and the silent auction will be donated to LymeAid 4 kids.

For a full list of upcoming theme nights and promotions, please visit Sevens.com

87ers regular season home games can be heard on 91.3 FM WVUD Sports. Away games can be viewed via YouTube on the NBADL YouTube channel.

Tickets to regular season home games are available online through Ticketmaster, via web at SEVENS.COM or by calling 302-504-7587.