TOUCHED BY LYME: How the “pain scale” inflicts even more pain on children 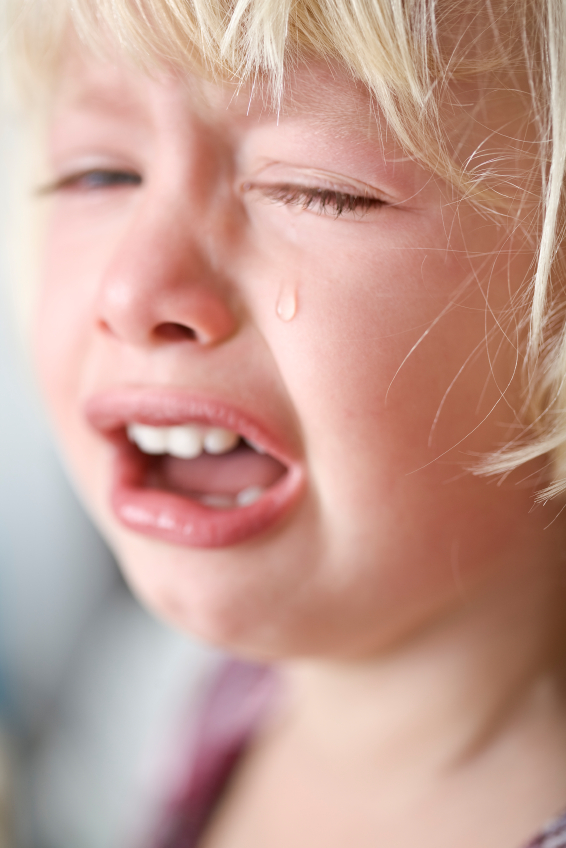 Children with Lyme disease experience many different kinds of pain, which don’t always fit neatly into categories on a medical chart.

When my then-13 year old daughter was, out the blue, struck down by unremitting, body-wide, disabling pain in her legs, ankles, feet and back, we’d barely heard of Lyme disease and had no idea that’s what we were dealing with. So, like other families in such bewildering circumstances, we began what felt like a forced march from primary care doctor to a variety of specialists, with regular side-trips for lab work, x-rays, scans and other procedures. The tests all came back “normal.” Pain medications didn’t help. The doctors eyed us warily, because we didn’t fit into a neat diagnostic category, and we were shuffled off to the next specialist on the list.

After our second or third go-round, I noticed an alarming pattern. After we’d filled out some kind of a questionnaire about symptoms and medical history, my daughter would be asked to rate her pain on a scale of 1 to 10, with 10 being “the worst pain you can imagine.” She’d promptly reply “10.”

Nurse: “Sweetheart, you’re not a ten. Ten is the worst you can imagine. Like childbirth, or getting hit by a car.” (As if my 13 year old had a frame of reference for that?)

At that point, I’d see my daughter shut down in frustration. Here was one more adult who didn’t believe her. Sometimes, I’d try to intervene.

Me (to nurse): “You know, this is the worst that SHE can imagine.”

Although the nurses and doctors claimed they wanted to hear from her, they wouldn’t accept HER opinion of how she felt. They had a preconceived notion of what each of those numbers one through ten meant and they wanted corresponding data points they could put on a chart.

The first time that happened, my daughter turned to me later and plaintively said, “Why did she even ask? Why didn’t she just make up a number?” That was something we’d wonder many times over our months of visiting doctors, trying to find out what was wrong.

When we finally landed in the office of a Lyme-literate MD, to our relief he didn’t ask about the dreaded pain scale. My daughter said he was the first doctor who listened to and believed what she told him. It was the first time things seemed like they had a chance of getting better.

Other parents of children with Lyme report similar experiences. Here’s the mother of a girl who at age 14 developed foot pain in both heels and bottoms of her feet:

“She couldn’t stand or walk around for more than 20 minutes or it would be too much and her feet would ache for days. The doctors assumed it was plantar fasciitis and had her do stretches. She bounced around to several doctors, who never suspected a tick-borne disease. Many of them asked her about the 1-10 pain scale and she always had a really difficult time describing her pain or giving it a number. I guess because she was young and had never experienced a similar pain to compare it to. And they would ask, is it sharp pain, burning pain, throbbing, or tingling? And she would always say ‘I don’t know.’ ”

And the mother of a child whose troublesome symptoms began at age five: “I was told that the eye pain was because she was in kindergarten and starting to read, the joint pain was growing pains, and the fatigue was just her talking and getting attention or being lazy and she needed more exercise.”

Three years later, the girl’s symptoms and pain intensified. “They mentioned psychiatric stuff and took her in a separate room to ask if this was attention getting because maybe she had been molested (their theory). They said to wear supportive shoes. They gave her no good pain meds. They offered ibuprofen….She was supposed to go to a special study for children with inexplicable pain (since she absolutely positively could not possibly have Lyme because it doesn’t exist in California) but somehow that never happened.”

I am in the process of writing a comprehensive article about children with Lyme disease and their experiences with pain. If you are willing to share some experiences with me for use in the article, please email me directly. I won’t identify you in print, but please tell me your name so I’ll know who I’m corresponding with.

Here’s what I’m looking for: how old was your child when the pain started? What kind of pain? Did any particular treatments help? When you first took your child to the doctor for the pain, what kind of response did you get? Did the doctor take your concerns seriously? What did the doctor say was likely causing the pain? Was your child ever asked to “rate” the pain on a scale of 1-10? If so, what was your child’s experience with that?

Based on your responses, I may send a follow-up email with additional questions. Please put “child pain” in the subject line and email to: dleland@lymedisease.org