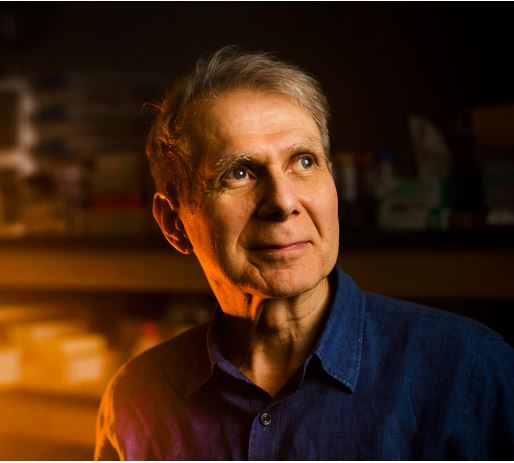 Chronic Lyme disease has frustrated doctors and patients alike for years. The severe, lingering symptoms, such as chronic fatigue, muscle and joint pain, arthritis, or cognitive difficulties, have disrupted patients’ lives and treatments have been elusive.

But what if there was a way to prevent acute Lyme disease from progressing to the longer-term version?

That’s the premise that has driven Kim Lewis’ research. And now, the university distinguished professor of biology and director of the Antimicrobial Discovery Center at Northeastern says he has found a targeted treatment for acute Lyme disease that could do just that.

“Our educated guess is that it will prevent chronic Lyme,” Lewis says. Along with co-lead authors Nadja Leimer, Xiaoqian Wu, and Yu Imai (all postdoctoral researchers at Northeastern), Lewis describes the revelation in a paper published Wednesday in the journal Cell.

How acute turns into chronic

The promise of this new treatment to prevent chronic Lyme arises from Lewis’ previous research into how acute Lyme disease progresses to the chronic version.

When a patient is diagnosed with acute Lyme disease, their doctor typically prescribes a broad spectrum antibiotic. For most patients, that can wipe out the bacteria that causes the disease. But it doesn’t always make a patient well again.

That might be because broad spectrum antibiotics kill all kinds of bacteria, not just the one causing the disease. Lyme disease is caused by a bacterium called Borreliella burgdorferi that gets into the body through a bite from a deer tick. But there are all kinds of bacteria living in a balance in our gut that have been found to be beneficial to our health. If some of those are wiped out, it can disrupt the balance.

Patients with the long-term Lyme disease symptoms tend to have a gut microbiome that is distinct from healthy patients, Lewis found in previous research. So he posited that the broad spectrum antibiotics, such as doxycycline or amoxicillin, might be laying the groundwork for the lingering symptoms in what’s often called “chronic Lyme disease,” or “post-treatment Lyme disease.”

On that premise, Lewis began searching for a compound that could target specifically Borreliella burgdorferi, the bacterium that causes acute Lyme disease. And now, his team has found just such a treatment.

The promising compound has actually been hiding in plain sight. Hygromycin A, an antimicrobial found in soil, was originally discovered in 1953. Scientists then dismissed it as ineffective.

(Borreliella burgdorferi is a type of bacterium that is spiral-shaped and called a spirochete. Other spirochetes include pathogens that cause syphilis and yaws.)

Lewis’ team discovered Hygromycin A’s potency against spirochetes when screening soil microorganisms for antimicrobial compounds that might be a “silver bullet” against the spiral bacteria.

“We set out to find such a compound that would selectively kill Borreliella burgdorferi, placing a bet, if you will, that Mother Nature had bothered to evolve a compound to selectively take out spirochetes that live in the soils,” Lewis says. And indeed it had.

The team tested Hygromycin A as a treatment for Lyme disease in a mouse model and found that, as Lewis puts it, “it clears it very nicely.”

Lewis’ team has already licensed the compound to Flightpath, a biotech company focused on Lyme disease, to perform development studies and pursue production of this treatment.

“I hope that it will continue moving forward in development and will become the first therapeutic to treat Lyme disease,” he says. “It will be very important to see whether treating with Hygromycin A will diminish the probability of developing chronic Lyme.”

Lewis’ team is also studying whether Hygromycin A will be able to treat other spirochete-caused diseases, such as syphilis, which is caused by Treponema pallidum.