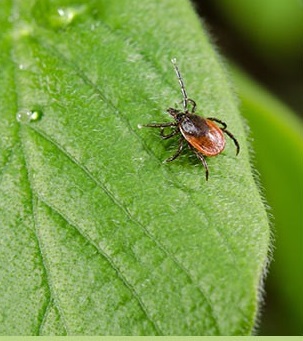 New research suggests that a common allergy medication may be effective in starving and killing the bacteria that cause Lyme disease.

A new study funded by the Bay Area Lyme Foundation and conducted by Stanford School of Medicine researchers shows that loratadine, which is a common antihistamine frequently taken to treat allergy symptoms, may be able to help kill Borrelia burgdorferi, the bacteria associated with Lyme disease. Lyme disease is a potentially debilitating condition with 300,000 new cases in the US each year. The study was published in the Open Access publication Drug Design, Development and Therapy.

“Our results bring us closer to the possibility of discovering the first targeted therapy to treat Lyme disease,” says Jayakumar Rajadas, PhD, Director, Biomaterials and Advanced Drug Delivery Lab (BioADD), Stanford School of Medicine, and lead author of the study. “It’s exciting to see first-hand that our insights into the metabolic activity of this elusive bacteria may give us the ability to actually kill it.”

The results of this new laboratory study show that loratadine (trade name: Claritin®) and specifically its metabolite, desloratadine, are able to prevent manganese (Mn) from entering the cell wall of the bacteria that causes Lyme disease, starving the bacteria and causing it to die in test tubes. The antihistamine accomplishes this by inhibiting the bacteria’s transport system, BmtA (Borrelia metal transporter A).

Manganese is required for certain metabolic processes of Borrelia burgdorferi and also plays an important role in numerous biological processes in the human body. Previous research shows that in general, bacteria scavenge the body for trace metals that circulate in the blood and have developed special adaptations on their cell walls to internalize these metals. These adaptations are called transport proteins, and BmtA is the specialized transport protein for Borrelia burgdorferi. BmtA binds with manganese to bring it into the bacteria, and studies have shown that BmtA and manganese are required to make the bacteria harmful to the human body[i]

“Because current treatments do not work for everyone and the bacteria that causes Lyme disease offers many treatment challenges, this study offers encouraging insights for researchers, and hope for the 80 million Americans at risk of getting Lyme disease,” Bonnie Crater, founder and Science Committee Chairperson, Bay Area Lyme Foundation, the leading private funder of innovative Lyme disease research in the US.  “We are grateful to the BioADD team for their commitment to finding solutions to this difficult disease.”

Currently, patients with Lyme disease are typically prescribed a 2–4 week course of antibiotics, but approximately 10 to 20% of patients treated with this regimen will have lingering symptoms of fatigue, pain, or joint and muscle aches[ii].

About Lyme Disease
Increasing in threat due to rising prevalence across the US, Lyme disease is a potentially debilitating infection caused by bacteria transmitted through the bite of an infected tick to people and pets. If caught early, most cases of Lyme disease can be effectively treated, but it is commonly misdiagnosed due to lack of awareness and unreliable diagnostic tests. There are about 300,000 new cases of Lyme disease each year, 10 times more than previously reported, according to statistics released in 2013 by the CDC. As a result of the difficulty in diagnosing and treating Lyme disease, as many as one million Americans may be suffering from the impact of its debilitating long-term symptoms and complications, according to Bay Area Lyme Foundation estimates.