Family is on the road for “extreme avoidance” of toxic mold 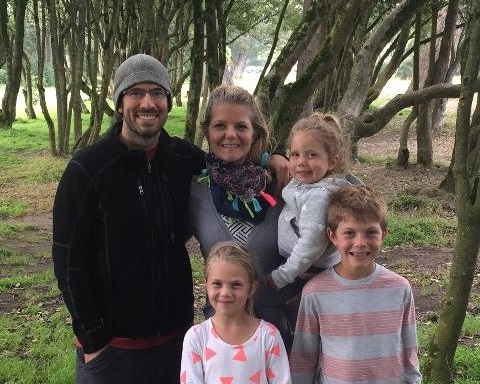 We all know that mold is now recognized to be a major contributing factor in the severity of Lyme disease. This is old news in the Lyme community.

My story is similar to many of yours. First, thinking my primary problem is Lyme. Then realizing that mold plays a much bigger role than I had ever imagined.

For more than a decade, I had successfully managed my Lyme disease by using such modalities as rife machines, herbs, and other commonly known protocols. Then, we lived in a moldy house. And it all fell apart. I was near death for two years, saying goodbye to my family.

In a last-ditch effort to get better, I flew from my hometown of Lake Tahoe to Southern California, to get ten-pass ozone therapy. I received five ten-pass ozone treatments (for a total of 50 passes).

But then, something unexpected happened. The ozone therapy violently “unmasked” me to mold. “Unmasking” is a term we use to describe when a person goes from living in mold and not knowing it, to having violent reactions to mold.

During my stay in Southern California, I had to switch hotel rooms because the room I was in became intolerable to me due to the presence of mold. When I got back to Tahoe, my home felt the same way – intolerable. A professional inspection revealed mold throughout our crawl space. We remediated the home, re-tested it to be sure it was clear, and then sold it.

I then tried following all of the standard mold treatment guidelines from mold doctors. While these therapies were helpful, none of them really brought me back to feeling well again. In fact, I remained quite sick.

That is when I read about Erik Johnson, a survivor of the original Chronic Fatigue Syndrome (CFS) cluster in Incline Village, Nevada. More than 30 years ago, Erik had discovered that mold was the underlying cause of his CFS. Only for him, the solution wasn’t a “treatment.”

It was what he calls “extreme mold avoidance,” where people go out of their way to avoid even tiny bits of toxic mold. Supposedly, doing this allows the body to “jumpstart” detox and begin the path to recovery.

Later, Lisa Petrison, PhD, another CFS patient, followed in Erik’s footsteps and recovered from her own case of CFS. She then founded the not-for-profit organization Paradigm Change.

Meanwhile, during this time, I was waking up in the middle of the night having visions of going to the desert, and other pristine locations. Hmmm, I thought…this is what Erik and Lisa say helped them to recover. I just couldn’t shake this deep intuition that I needed to try this for myself.

This has been the home of the Rosner family for the past two years. They homeschool and seek out “pristine locations” to avoid mold.

Since we had already sold our home, it was easy for us to make the leap into buying a truck and travel trailer and hitting the road in search of these so-called “pristine locations.”

Apparently, I learned, mold doesn’t just affect people when it is growing in their immediate environment. Instead, mold can saturate the air of entire regions and cities, and fleeing to remote, pristine areas can lead to healing. I highly recommend this eye-opening article written by Lisa.

At this point, I was skeptical of this radical idea. But it was an adventure, we were homeless, and so, we went. And then something amazing happened.

When I found these pristine locations, my body responded in an almost unbelievable way. I began sweating out toxins like a waterfall–toxins which hadn’t come out at all with sauna therapy. My exercise tolerance immediately was restored, and I began hiking miles each day.

My liver started functioning normally for the first time in years. My Lyme infections came under control without treatment. (Although I did require some more ten-pass ozone from time to time.)

Many other symptoms began to melt away. I started experiencing profound, deep healing, on levels never before achievable for me. I was responding to this healing strategy more successfully than I’d ever responded to any treatment before.

It took a long time to really believe that this “locations effect” was legitimate. I doubted it many times, and went back and forth many times between pristine locations and “normal” locations, to test my experience. Every time, it held up to the test.

As I write this blog post now, I’ve been living full-time in an RV for almost two years, with my family. My kids are homeschooled and have now had great adventures throughout the Southwest. My health is better than it has ever been before.

In fact, Erik and Lisa believe that the body shuts down detox when it is exposed to mold. Sometimes it takes a pretty extreme degree of mold avoidance to trigger the body to resume the detox process.

One of the most amazing outcomes of this big experiment has been that it has allowed me to cease just about all the other therapies and supplements I had previously needed to remain stable.

Not everyone needs to be as extreme about it as I’ve been. Some people are able to achieve this effect with less-extreme mold avoidance.

This is a hard discovery to share with people, because it isn’t easy to accomplish this strategy. It is relatively easy to buy and use a sauna, supplements, medications, or other therapies. But it is not easy to change one’s location, especially to more remote, pristine areas.

But for me, it made all the difference in the world. In fact, even though I’d written many books on Lyme disease, I now believe that mold was my primary problem the whole time. I think that my Lyme disease was so severe because of my mold exposure. 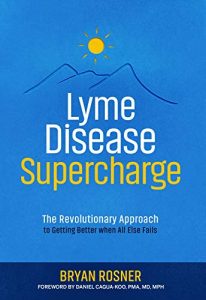 I do not claim that everyone needs to do what I have done, in order to heal. I have close friends who have recovered their health using other methods. I am simply sharing my own story of how I found deep, profound healing.

Mold avoidance is very neat, in my opinion, because it puts control back in the hands of the patient, as they are able to heal and recover mostly independently from the medical establishment. While it has been expensive to pursue this lifestyle, in many ways we’ve also saved an abundance of money on the treatments I no longer need.

For more detail about this healing strategy and my experience with it, see my new book, Lyme Disease Supercharge.

I wish everyone complete healing in 2019!

Bryan Rosner has written five books about Lyme disease and is the founder of BioMed Publishing Group. His company has been publishing Lyme-related books and DVDs since 2003.