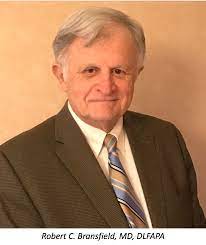 I’m a psychiatrist from New Jersey, who has treated thousands of Lyme disease patients over the past thirty years. I have also performed research. Three issues I would like to raise:

*This Working Group needs to be more attentive to the psychiatric symptom from TBD.

*The IDSA guidelines fail to recognize this causal association.

I recommend the following

The Working Group needs to gather and share information on psychiatric symptoms caused by Lyme/TBD.

Since the IDSA guidelines fail to recognize this causal association, they are outdated and the committee needs to recommend that all federal references and links to their guidelines must be removed.

A recent article using the 7 million patients in the Danish nationwide database was published in the American Journal of Psychiatry, the number one psychiatric journal in the world. It proved the causal association between Lyme and any mental disorder, affective disorders, suicide attempts and death by suicide.

There are 400 other peer-reviewed journal articles proving the causal association between tick-borne diseases and psychiatric symptoms and 73 with dementia. Mental illness is the major cause of disability and death from tick-borne disease.

This has caused chronic disability and deaths from suicides, drug overdoses, auto accidents and homicides.

The American Psychiatric Association guidelines recognize this association, but the IDSA guidelines fail to consider the psychiatric consequences of Lyme disease. Therefore, these guidelines are outdated, unscientific, and hazardous.

The Working Group needs to recommend that all federal government links and references to these guidelines be removed.

Robert Bransfield, MD, DLFAPA, a past president of the International Lyme and Associated Diseases Society, is an internationally recognized expert in how Lyme disease affects mental health.