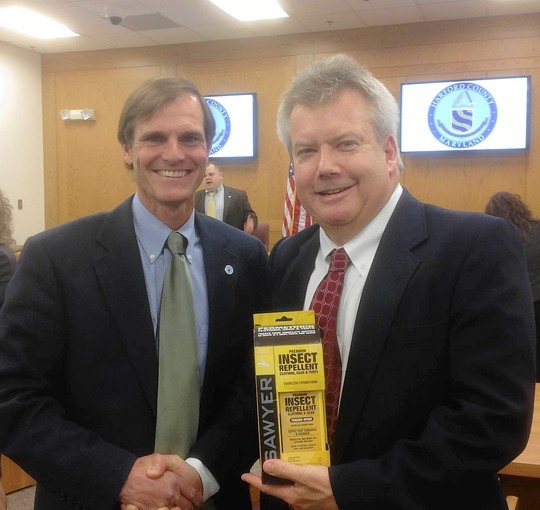 As county officials proclaim May as Lyme Awareness Month, council president Billy Boniface reveals his personal stake in the issue.

From the Baltimore Sun:

As Harford County health and elected officials worked to alert the public to the dangers of Lyme disease during a Harford County Council meeting Tuesday – noting the many people close to them who have the chronic, tick-borne ailment – the council president revealed just how personal his stake is in the fight against the disease.

Councilman Billy Boniface announced he has been battling Lyme disease for the past few months.

Boniface, Health Officer Susan Kelly and David Reiher, head of the Health Department’s Rabies and Vector Control Program, proclaimed May as Lyme Disease Month in Harford County to promote awareness of a disease which officials said is often misdiagnosed and can lead to lifelong suffering for those who contract it.