TOUCHED BY LYME: Bizarre happenings at the TBD Working Group 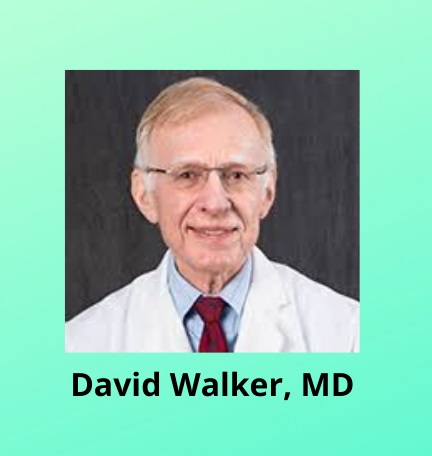 It was a crazy moment.

“Now we’re going to vote on whether we vote to re-vote on the original question.”

(That’s the gist of what Co-Chairman David Walker told the Tick-Borne Diseases Working Group this week, though not an exact quote.)

I’m sure I wasn’t the only person listening in to scratch their head and say “Whhhhaaaat?”

Let me back up and give a little context.

The TBDWG is a federal panel under the auspices of the US Department of Health and Human Services. Over the past year, it has held meetings, received and voted on recommendations from its various subcommittees, and started the process of compiling a report to Congress that’s due in November 2020.

There were still issues to sort through at the April 27 meeting, which the public could watch online.

About that federal inventory

One question had to do with recommendations from the Federal Inventory Subcommittee.

The TBDWG had previously asked all pertinent federal agencies to provide an inventory of all of their programs that relate to tick-borne diseases. The goal was to figure out what’s already happening and what still needs to happen. (Seems like a good idea to me.)

(Note: the CDC website currently only offers information about early Lyme—offering nothing for people with persistent Lyme, still sick and suffering long after the acute phase has passed.

And after years of actively endorsing the IDSA’s Lyme treatment guidelines—which do not recognize persistent Lyme—the CDC does not currently list any Lyme guidelines on its website. Furthermore, as the Lyme community well knows, the question of persistence in Lyme is a highly contentious issue.)

Here’s what happened at the meeting, as near as I could tell.

The recommendation was moved and seconded. Then, for reasons not made clear, five panel members abstained from voting. At one point, the vote was announced as 5 abstaining, 5 yeses and 3 no votes. (Though shortly later, some people disputed those numbers. Nobody clarified the official vote for the folks tuning in from home.)

It appeared the abstainers felt that they had defeated the issue, because “yes” votes didn’t comprise a majority of panel members. But here’s the rub: abstentions don’t count one way or the other. So, the recommendation passed, 5-3.

When that reality sank in, pandemonium broke out. One panel member said he wanted to change his abstaining vote to “no.” Not allowed.

Things got very bizarre very fast. Some people wanted to vote on the original question again. Some didn’t. Some people wanted to re-open discussion, others didn’t. “Robert’s Rules of Order” (which are supposed to guide meetings like this) were mentioned a few times, but nobody seemed to care much. Several new motions were proposed and seconded.

There was about 15 minutes of this nonsense. The kindest face I can put on it is to conclude that these people are so wigged out by the coronavirus pandemic that they’ve pretty much all lost their ability to be lucid and well-behaved.

With one notable exception. The Lyme Disease Association’s Pat Smith, the only patient advocate on the panel, kept steady, measured tones. And in the end, she prevailed.

It was, after all, her recommendation to have the CDC acknowledge persistent Lyme disease. The Working Group did not ultimately re-open discussion or voting on the original motion. So, for the moment anyway, the following recommendation still stands:

Supposedly, this means the TBDWG will include this point in its upcoming report to Congress. (But there’s another public meeting in July. Any bets on whether this proposal will actually make it into the final document?)

Pat Smith did another solid favor for the Lyme community during the meeting as well. At one point, she asked if and when the federal inventories of Lyme-related programs could be released to the public. After what seemed like hemming and hawing from various members, the panel asked the Designated Federal Officer if such a thing would be allowed.

Her reply: “I see no reason why not.”

Me neither. In my view, the more information like this we can make public, the better.

May 1, 2020, update: After musing for a few days, I have revised my take on this. It was much more than poor behavior. It was devious behavior.

The five abstainers sure gave the impression they were trying to game the system—to gain a “no” vote without out having to own up to it. When that ploy didn’t work, there was a mad scramble to go after their initial objective—which was to flush the proposal regarding persistent Lyme disease. (Lucky for us, that didn’t happen.)

That’s what this whole kabuki dance has been about since the inception of this 2019-2020 version of the Working Group. There’s been a concerted effort to minimize Lyme disease as much as possible—and heaven forbid, don’t mention the dreaded words “chronic” or “persistent.”

Interesting (and appalling) that Lyme disease—which the CDC acknowledges is responsible for 80% of tick-borne disease cases is the US—will get about 12% of the TBDWG’s upcoming report. (One chapter out of eight.)

Interesting (and appalling) that Dr. Eugene Shapiro, who hasn’t attended recent Working Group meetings, managed to show up for this one. So he could vote against the measure having to do with “persistent Lyme.” (More than 37,000 members of the Lyme community signed a petition to keep him off this panel. READ MORE.)

PS. My colleague Lonnie Marcum live-tweeted the meeting. Here’s her summary of how it went.