Bartonella infection can steal a life 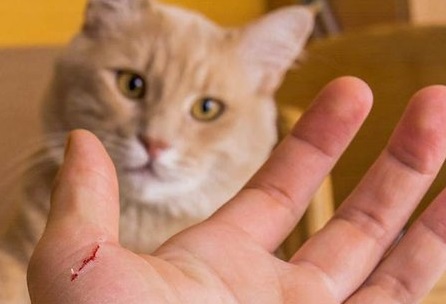 A recent report by the US Centers for Disease Control and Prevention called attention to the risks of Bartonella infections–often called Cat Scratch Disease–which can be transmitted by cat scratches, fleas and ticks. An article in the Philly Voice minimized the dangers of Bartonella and caught the attention of Sue Ferrara, whose daughter has the illness. Ferrara wrote the following response, which was published in the Philly Voice on Oct. 11, 2016. It is republished here by permission.

My daughter has struggled with a Bartonella infection for nine years, so I feel compelled to challenge the “ignorance is bliss” message Elizabeth Licorish delivered in “Please don’t freak out about Cat Scratch Disease.” Drama is never an apt response, but knowing the potential consequences of a Bartonella infection and taking precautions is advisable.

First, here’s a better analysis of the CDC report on Cat Scratch Fever (CSD) from Galaxy Diagnostics Inc. There are at least 15 known species of Bartonella (including the species causing CSD) which have been implicated in connection with serious health issues in humans. Diagnosing which species of Bartonella is responsible for an infection is difficult; accurate diagnostic tests are still being developed. Ms. Licorish called her Bartonella infection “not a big deal.” But others have suffered with persistent Bartonella infections following a CSD infection, or independently of a CSD infection. There’s incomplete data on this non-reportable disease.

North Carolina State University’s Ed Breitschwerdt, DVM, a leading expert on Bartonella, calls the bacteria a stealth pathogen. Bartonella can hide undetected in the body for years after the initial transmission and before someone becomes ill. So when Ms. Licorish writes about being scratched by her newly adopted kitten and declares “months after Cat Scratch Disease’s 14-day incubation period, I’m totally fine,” she might not be fine in the future.

Breitschwerdt gained his expertise the hard way; his father died of a Bartonella infection after coming in contact with the family cat and a groundhog on his Maryland farm. Since then, Breitschwerdt has made it his mission to better understand the genus Bartonella and the resulting disease, bartonellosis. He notes Bartonella comes not only from cats, but also ticks, fleas, lice, sandflies and potentially other vectors.

Unlike most vector-borne bacteria which live outside the body’s red blood cells and vascular endothelial cells— cells on the inside of blood vessels, Bartonella breaches the cell wall, nestling nicely inside, daring the best physicians to get rid of it; that’s if the physician knows what he or she is looking at.

And while flea-infested cats are known for transmitting Bartonella henselae, here’s a case Breitschwerdt published involving an 11-year old Ottawa girl who presumably got a Bartonella henselae infection after nursing an oozing abscess in an ill dog the family adopted from a shelter. The dog had been certified healthy. The child suddenly developed headaches, difficulty walking and weakness on her left side. According to the case study, “A few weeks later, the girl developed flu-like symptoms followed by progressive neurological abnormalities.” Three years after the exposure, “the patient experienced frequent headaches, chest pain, visual and auditory hallucinations, anxiety, ocular floaters, severe depression, and fatigue. Additional episodes of partial paralysis occurred.” Eleven years later, after seeing a physician in Vancouver, Canada (2,700 miles west of Ottawa) the child finally received a diagnosis and treatment.

My daughter’s Bartonella infection came from two simultaneous tick bites, and like many people infected with Bartonella, she developed a distinctive red-streaked rash. She suffered from headaches, dizziness and neurological symptoms, consistent with neurobartonellosis. She spent more time in bed than out. Four years after the initial bites (and numerous doctor visits) a psychiatrist diagnosed Bartonella when he saw her rashes.

Treatment protocols for Bartonella infections are not yet well defined, so physicians try combinations of medications. As my daughter once remarked, infected people become human lab rats. She eventually found renewed health through a Chinese herbal protocol which has been used for hundreds of years. Historically there was no name for Bartonella, but rather consistent symptoms which Chinese doctors learned to treat. After two years, she sees a future for herself. Believe me, an untreated and undiagnosed Bartonella infection steals a life, long before it kills.

So the takeaway here? Be aware. Adopt your shelter pets, but understand potential consequences, along with the importance of preventing infestations of ectoparasites — creatures like fleas and ticks. And beyond that, take care walking in the woods and in your backyard. At the moment, your best defense against ectoparasite-induced Bartonella is to use repellants and to check yourself for parasitic hitchhikers. The University of Rhode Island’s Tick Encounter Resource Center offers readers excellent information.

Sue Ferrara holds a Ph.D. in public communications from the University of Maryland-College Park. She began her journalism career as a radio reporter for WCHL in Chapel Hill, N.C., where medicine was one of her beats.