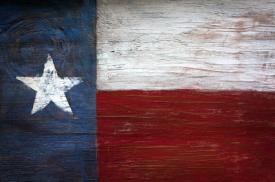 Although most people believe that a "good" physician licensure board is a "tough" one that protects people from bad doctors, medical boards that abuse their tremendous power, can persecutes or even destroy good doctors. Those in the Lyme community are aware of the relentless prosecution of Dr. Charles Ray Jones in Connecticut. The case which has dragged on for years and cost an enormous amount of money seems specifically designed to accomplish only one purpose–to put Dr. Jones out of business. The case is particularly disturbing because the Connecticut Department of Public Health had previously said that it recognized two standards of care in the treatment of Lyme disease and would not prosecute physicians solely because they followed a standard of care that provided for longer term treatment of Lyme disease. This is abuse of power by a medical board, pure and simple.

Medical boards that abuse their power can essentially become the tool of insurance companies that don’t want to pay legitimate claims. From time to time, efforts to reform medical boards that abuse their power have occurred.  Recently the Association of American Physicians and Surgeons (AAPS) worked to pass legislation that limits the board’s power in Texas.


The legislation passed in Texas this year is the first in American history to broadly curtail overreaching by a medical board.  AAPS has also filed a motion in related litigation to compel discovery, to prove allegations that a former board president arranged for the filing of anonymous or confidential complaints against her competitors.

Reforming medical board processes to provide for due process in medical board procedings is one of the projects of the AAPS. This effort seeks to instill due process into hearings and procedures so that targeted doctors have some of the same protections you would expect normally in court.  You may recall that the AAPS filed a petition in favor of the exercise of clinical judgment and two standards of care in the IDSA antitrust hearing.  We applaud the AAPS for its work advocating for the right of physicians to practice medicine without undue constraints by insurance companies and others.