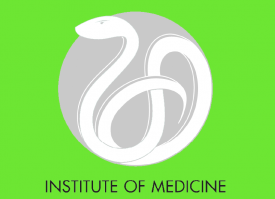 Dr. Matthew Liang from Harvard made an interesting presentation at the Institute of Medicine Lyme Workshop. I have excerpted important points for those who don’t have the time to wade through the full report. Although I think his tick transmission times are too long for comfort, the balance of his presentation is worth of look.

The presentation of Lyme disease in clinical practice is variable. Thirty-nine percent of patients ultimately considered to have Lyme disease do not meet the Centers for Disease Control and Prevention (CDC) criteria, and approximately 40 percent had negative Lyme disease serology and an acute viral-like illness without objective findings. Nearly one-third of the patients had a rash that did not meet the criteria for EM, and only 19 percent of those with EM exhibited the stereotypical bull’s eye appearance (Aucott et al., 2009).

Given the variability, it is helpful when patients can provide the actual tick or a good description of a fed tick, as well as a timeline to indicate how long the tick had been on them. A tick has to feed for 48 to 72 hours to transfer Borrelia to the host. The finding of a tick that is not well fed decreases the probability that it infected the patient. Clinicians also look for EM or forme-frustes, although EM can look like almost anything and is often mistaken for spider bites.

Generally clinicians would treat empirically because of the importance of early treatment and the assumption that there is little to lose because treatment can always be stopped. This presupposes the treatment has minimal negative effects.  A population-based retrospective cohort study of 38 patients in a particular location in Ipswich, MA, who had been treated for Lyme disease showed 13 patients with ongoing symptoms of arthritis or recurrent arthralgias, neurocognitive impairment, neuropathy, or myelopathy (Shadick et al., 1994).

The individuals with these sequelae tended to have higher IgG antibody levels to the spirochete and also to have received treatment later following infection. One of the 13, a 76-year-old woman, had been worked up by Lyme disease experts, had received two courses of ceftriaxone, and was negative for objective central nervous system findings. She died and at post mortem a Dieterle silver stain demonstrated two spirochetes, one in the cortex and another external to a leptomingeal brain vessel (Shadick et al., 1994).