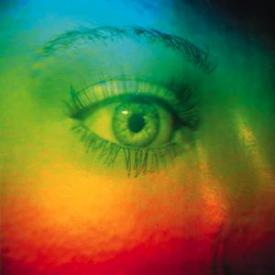 How is it that one week JAMA publishes an article by Sniderman and Furberg, "Why Guidelines Require Reform", on the urgent need to for guideline reform and the next week they publish a piece by Kraemer and Gostin, "Science, Politics and Values", that could have been written by a PR firm for the IDSA, berating the Connecticut Attorney General for trying to accomplish just that?

How is it that they published the piece by Kraemer and Gostin,  which is so one-sided that it seems very unlikely to have been subject to any peer review?

How does an article like this float to the top of an editor’s desk at JAMA and get selected?

While I am not privy to JAMA’s internal operations, I do know that Gostin not only wrote the article, he also serves as the JAMA’s Health Law and Ethics Editor, which might provide some pull in getting an article published.  He is also Director of the Center for Law & the Public’s Health at Johns Hopkins and Georgetown Universities—a Collaborating Center of the World Health Organization and the Centers for Disease Control and Prevention.

Patients have protested the overly cozy relationship between the CDC and the IDSA in the past without success.

One hates to jump the gun and rush to judgment on this, but the Kraemer and Gostin piece has all the earmarks of a piece planted by the IDSA in anticipation of its guidelines reviewin April.  It’s about as “fair and balanced” as Fox News.  Well, you can decide for yourself.  What do you think–is it possible that this was peer reviewed or did they just “run with it” as written.  Here’s a snippet of their article with my blow-by-blow comments:

The Infectious Diseases Society of America (IDSA) issued updated clinical practice guidelines in 2006 for the diagnosis and treatment of Lyme disease.  [True—it was October of 2006 to be precise]   Within days, the Connecticut attorney general launched an investigation, alleging IDSA had violated state antitrust law by recommending against the use of longterm antibiotics to treat  “chronic Lyme disease (CLD),” [Not true—the  antitrust claim was based on due process violations in the guidelines development process] a label applied by advocates to a variety of nonspecific symptoms [Not true—the first use of the term “chronic Lyme disease” was by members of the IDSA 2006 Lyme guidelines panel themselves back in the 1980’s] for which frequently no evidence suggests the etiologic agent of Lyme disease is responsible [Not true—there is plenty of scientific evidence that the infectious agent of Lyme disease persists after standard antibiotic treatment].  The IDSA was forced to settle the claim to avoid exorbitant litigation costs [Dubious—organizations don’t typically settle “frivolous” lawsuits and state attorneys general do not typically pursue “frivolous” lawsuits—the more likely explanation is that the IDSA settled this lawsuit to avoid liability exposure] , even though the society’s guidelines were based on sound science [ Not true: 51% of the recommendations in the guidelines are based on opinion, not evidence] . The case exemplifies the politicization of health policy [Huh?—the IDSA introduced politics into the guidelines process by unduly relying on opinion rather than scientific studies and by excluding their competitors from the process.  In point of fact, health care policy been politicized ever since the HMO’s got into the guidelines business and universities got into the patent business—roughly 30 years ago. ] , with elected officials advocating for health policies [Not true—the Attorney General’s action is directed solely towards fair process and is not about outcome] against the weight of scientific evidence. [Not true—the IDSA guidelines are “eminence-based,” not evidence-based.]

The only conclusion that I can draw is that the Sniderman article was able to talk about truth because it was about statin drugs, not Lyme disease.   However, because the Gostin article was about Lyme, truth was not an essential part of the equation–it was all politics as usual.