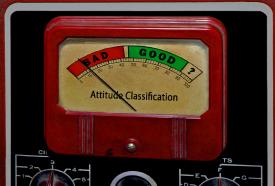 Let’s look at some hard facts.

Who was excluded? (Hint, we were.)

The controversy in Lyme disease is frequently characterized as:

Patients with chronic Lyme would like to see their interests represented by community physicians, internists, and LLMD’s.  Assuming the IDSA wants to rubberstamp its IDSA guidelines and vindicate itself, it would prefer academics, specialty society members, IDSA members, and researchers.  Ideally, you would not want a panel over weighted on either side–it should be balanced.

So, how did we do? Not so well, it turns out.  It’s not that all the IDSA preferred panelists are bad.  It’s that the interests of patients with chronic Lyme and their treating physicians are entirely excluded from the panel.  While this could be a chance event, it just seems so unlikely and smacks of stacking the panel to reflect the IDSA viewpoint.

Let’s put it in perspective.  Imagine a panel that excluded the interests of HIV patients and their treating physicians. By comparison, the HIV guidelines of the Department of Health and Human Services were reviewed by clinicians in the field, who evaluated the guidelines for validity, credibility, and usefulness in their own practice settings.   So, the issue here isn’t that there are fewer cases of Lyme–there aren’t.  The number of annual cases of Lyme disease far outstrips the annual incidence of HIV.  The issue is accountability.  This type of treatment would not be tolerated in AIDS and should not be tolerated for Lyme.

According to the IDSA rejection emails, roughly 50 physicians applied for the panel.  Only 10 were accepted.  That’s one in 5 or 20%.  OK.  Fair enough.  But every Lyme friendly physician who applied for the panel that I know was rejected.  And, the problem wasn’t a lack of applications.  From my emails, it is clear that at least 20 of the 50 applicants could have balanced the remarkable heavy thumb on the IDSA’s side of the scales of justice.  That’s a pretty high rejection level.  One would think that one out of five would have made the panel, all things being equal. But it doesn’t appear that all things were equal.

Who was included? (Hint: They were)

Eight of the 10 original physicians and researchers were IDSA members.  Under the settlement of the Connecticut Attorney General with the IDSA, you didn’t have to be a member of the IDSA to sit on the panel.  So, this much emphasis on IDSA members was a matter of choice by the IDSA.

Patient groups effectively protested the appointment of  Dr. Arthur Weinstein, who was ultimately removed from the panel because he authored a set of Lyme disease guidelines.  The removal of Weinstein from the panel is important because he has a strong known bias, was involved in the vaccine trials, had been sued by patients, coauthored the Klempner trial, and had opened the laboratory testing facility at NYMC.  As far as patients were concerned, Weinstein had his fingers in a number of Lyme disease pots–the wrong pots.  Patient groups rightly considered him a clone of Dr. Wormser, who chaired the 2006 guidelines panel and with whom Weinstein worked at NYMC.  We are relieved that Weinstein was removed as a panel member and hope that further “balancing” changes in the panel are made.

A number of the remaining panelists continue to be a concern.  The ability of Carol Baker, the previous president of the IDSA, to place the interests of patients above that of her allegiance to the IDSA is questionable.  There is a heightened concern for three other physicians as well–one has spoken out publicly in favor of the IDSA stance on treatment and some patients report “denialist” treatment from two other panel members.

If you have concerns about the constitution of the IDSA, I have given some suggestions for those who want to put pen to paper.