TOUCHED BY LYME: Lyme in them thar zip codes 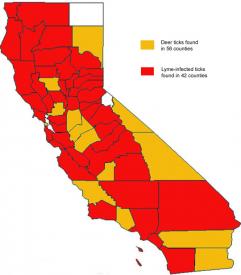 A steady stream of responses has flowed into my email box regarding my previous blog post “No Lyme in (your zip code here).” What follows are quotes from your different emails:

I plan to collate all responses and present my report to state health officials at next month’s Lyme Disease Advisory Committee meeting in Sacramento. Want your story included? If you have a California-related Lyme story (please read the Jan. 25 post for details), email me at dleland@lymedisease.org. Put “Lyme in California” in the subject line.

Join the movement. Let’s put a stop to this nonsense. Lyme disease is definitely in California. Wake up, medical establishment, and call a halt to all this needless suffering.