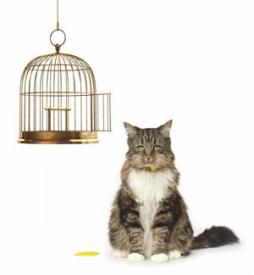 What happened? The IDSA has issued its official report of the Lyme review panel. “[A] special independent Review Panel has unanimously agreed that no changes need be made to IDSA’s 2006 Lyme disease guidelines.” Let me point out three faults with this statement. First there was no “independent Review Panel”. There was a panel that was selected by the IDSA, which intentionally excluded from the panel physicians who disagreed with their assessment—all community physicians who treat chronic Lyme were excluded from the panel. Second, some changes to the recommendations were proposed by the panel. Third, the determinations were not unanimous. The most important recommendation regarding the requirement of positive serology for diagnosis actually had a 4 to 4 vote split. I will spare you the long read—28 pages of text and give you the bare bones only version. Nothing changed. They are not even sure what the fuss was about, honestly. They never expected the guidelines to change, stacked the panel, paid the ethicist, ran the process, and achieved a foregone conclusion which “validated” their guidelines. Seems like the IDSA fat cat ate the canary.

There are a number of “outrages” in their findings, but before I drill down into the details, let me highlight the most serious, flagrant and damaging finding in their report:  On a 4 to 4 vote, the IDSA decided  that there was no change necessary to the requirement of positive lab tests for diagnosing Lyme disease.  This vote itself violated the antitrust agreement with the Connecticut Attorney General.  They acknowledge as much in their report which says that they redid the vote at the Attorney General’s request on every recommendation but the testing recommendation.  They were required to redo the vote because they had rigged the vote to favor no change to the guidelines.  This was explained in a previous blog post.  So, if they redid the vote on every other recommendation, why not redo it on this issue?  One reason only.  They would have lost and although the panel was not “independent” they were two votes shy of a victory on this recommendation and could not strong arm the vote to achieve their goal.  In short, had the IDSA played the match fairly the requirement that a diagnosis could only be supported by positive lab tests would have been dropped.

The IDSA tap dances around this by saying that the mandatory lab test requirement was not actually a “recommendation”.  You judge, here’s the language:  Diagnostic testing performed in laboratories with excellent quality-control procedures is required for confirmation of extracutaneous Lyme disease.  “Required”–sure sounds like a recommendation to me.  Second, they claim that it is not a recommendation because it is only in the executive summary of the guidelines.  Nonsense.  The recommendation is repeated throughout the guidelines.  Let’s take a few examples.  Neurological Lyme for instance says “In the absence of erythema migrans, neurologic manifestations are too nonspecific to warrant a purely clinical diagnosis; laboratory support for the diagnosis is required.”  Another example, for rheumatological manifestations, the guidelines say “Confirmation of the diagnosisrequires serologic testing. Allpatients should be determinedto be seropositive by2-tier testing that includesan ELISA and IgGimmunoblot”  The guidelines are replete with mandatory lab serological test for diagnosis.  When is a recommendation not a recommendation?  I guess when the IDSA decides it is not in their best interest, when they will lose on a revote.  Claiming that a recommendation is not a recommendation is called “double speak”.  It is language to achieve an end, to confuse the issue, to avoid accountability.

Process integrity determines the integrity of the outcome. And, this process had the fox guarding the chicken coop.  The end result is one fat cat that ate the canary.  This is a flagrant violation of the Settlement Agreement with the Connecticut Attorney General Richard Blumenthal regarding voting procedures.  Large medical societies should not be above the law.  Contact the Connecticut Attorney General and let him know that you want him to enforce the Settlement Agreement.  You can fax him at (860) 808-5387.  If you don’t have a fax, you can call him at (860) 808-5040 or email him at attorney.general@po.state.ct.us  Let him know that patients lives and health are at stake and that you want the letter and spirit of the settlement agreement enforced.