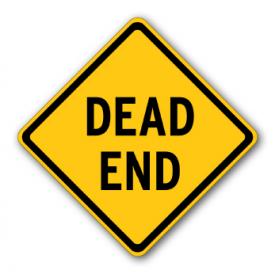 I have been reviewing the IDSA transcripts and reread Dr. Arthur Weinstein’s testimony. Yesterday, I discussed Weinstein’s argument that chronic Lyme should be considered a somatic disorder in my post and concluded that his assertion is no more than an unproven hypothesis that should have no role in the treatment of patients. Today I tackle the second major assertion in his testimony—namely that one of the problems with diagnosing patients with chronic Lyme is that it delays early diagnosis and treatment for somatic disorder. The big question, of course, is whether the diagnosis of somatic disorder bears any fruit for patients or whether it is instead a dead end road to nowhere.

Weinstein complains that one of the problems with diagnosing patients with Lyme disease is that the diagnosis and treatment of somatic disorder then becomes delayed.  Given that Weinstein is a rheumatologist whose stock and trade is somatic disorders, one wonders if this is not just another of version of the old saw “to a man with a hammer, everything looks like a nail.”

But, assuming that patients are faced with a misdiagnosis of either somatic disorder or chronic Lyme disease, which serves patients better?  What are the benefits of diagnosis and treatment?  Well, somatic disorder offers only symptomatic care from drugs used to treat depression or anxiety.  But, like any other patient, Lyme patients have access to these medications should they be needed or helpful.  And, Weinstein acknowledges that steroids are ineffective in treating somatic disorder.  Ok.  So what is the great treatment that patients misdiagnosed with Lyme are missing?  Nothing, nada, zip.  Now, let’s look at the obverse.  Assume that the patients with chronic Lyme disease actually have a persistent infection.  What is the harm of misdiagnosing these patients with somatic disorder?  The harm is that an infectious process is allowed to progress unabated without antibiotic treatment.   Weinstein acknowledges that these patients are really ill and disabled so the option of doing nothing is not viable given that the goal of medicine is to restore health.  To me, it looks like all Weinstein has to offer patients in terms of treatment options is a dead end road to nowhere.  So what’s the rush?