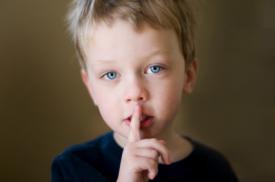 Merrill Goozner, a highly regarded medical ethicist, posted a recent commentary on conflicts of interest, "No Light at the End of the Tunnel on Disclosure." The commentary expresses his disappointment at the paltry level of self-disclosure of conflicts even under legal pressure. Those of you following the IDSA antitrust action commenced by Attorney General Richard Blumenthal in Connecticut may recall that the conflict of interest disclosure level of the IDSA panel members increased dramatically AFTER the investigation was launched. It's remarkable how helpful another set of eyes, particularly those of an official, can be when drafting conflict of interest disclosures. My commentary to Merrill's post follows:

As you may know, the Connecticut Attorney General found the Infectious Diseases Society of America panel that developed Lyme disease guidelines had conflicts of interest related to vaccines, Lyme test kits and insurance.  Interestingly, the disclosure of these interests became more “robust” after the investigation was launched. “Some of the conflicts and significant financial relationships that were not disclosed [at the time the guidelines were published] have been subsequently exposed in other publicly available publications. . .The more robust disclosure [on the NEJM paper] was due in large part to my investigation, which was ongoing at the time,” Blumenthal said. (Annuls of Neurology, Guideline making: Action by State Atty Gen. Stirs debate 3/24/2009).

However, disclosure alone may serve as no more than a panacea in guideline development.  This is because the panel selects, interprets, and develops guidelines that may in turn drive a standard of care that becomes legally binding on physicians who were not on the panel and who, given their seat at the helm, would select, interpret and develop different guidelines.  And, since guidelines are frequently self-published by the medical societies that promulgate them, they may not be subjected to the type of normal outside peer review that is intended to hold bias in check and preserve the integrity of science.

In these situations, the constitution of the panel may predetermine the outcome.  One step toward more responsible panels would be to ensure that a diversity of viewpoints is represented on the panel.  Another is to ensure that when the panel speaks with “one voice”, it acknowledges legitimate scientific controversy and divergent points of view and, most importantly, provide patients with treatment options.  Otherwise, those with the microphone, own the game.  The result may be that biases are presented as evidence based medicine with no mention of the degree to which they are predicated on the “expert opinion” of the chosen few whose seat at the table may be informed by conflicts of interest.

Goozner’s original post on this can be found here.