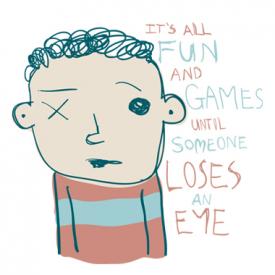 Talk about exaggeration. No really–at the hearing. Dr. Carol Baker asked Dr. Wormser the $200 question: Why exaggerate if the truth will do? She was talking about the use in the guidelines of words like "vast majority" when the real percentage was 65%. And her question was why not let percentages speak for themselves? If the truth is 65%–why not simply say 65%. Is it just me, or does Wormser sound irritated at the question? His response after a drill down is that he would not use the expression "vast majority" to refer to anything less than say–90%. Excuse me? Did I hear that right? 90%. Really? Ok, let's break it down for him.

Here is a list of some of the exaggerations in the IDSA Lyme guidelines that mislead doctors, patients, and policy makers.  When you mislead people, you take away their right to make an informed decision about treatment or diagnosis because you fail to give them true information.  Communications that intentionally mislead can be a form of paternalism–a way of making sure that “doctor knows best”, but patients, physicians and policy makers deserve more.  We need the complete and accurate information.  Without this, we are deprived of our right to make our own decisions about our health–

Below are some of the statements in the guidelines using the term “vast majority”.

According to the CDC, seropositive Lyme occurs in only 69% of patients.  That means that 31% will be seronegative.  An important fact for patients and their treating physicians to know if a Lyme lab test comes back negative, don’t you think?  Dr. Wormser’s first line of attack is to say that the 65% or so figure is just from patients or their treating physicians (he uses the expression “that’s what ‘they’ say”).  Well, no.  Actually, the figure comes from the CDC. And, while patients have issues with the way the CDC handles the IDSA (overly cosy ring a bell?) –on the issue of seropositivity, we will go with the CDC’s view.  69% is a far cry from 90% to most folks.