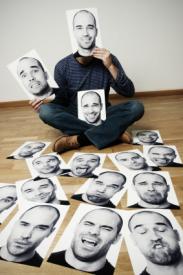 Those who attended the IDSA guidelines hearing were struck by the even-handed tone of the proceedings established by the Chair, Dr. Carol Baker. It was both unexpected and disarming, and not a small accomplishment given the polarity of the debate. At the same time, there was a feeling of cognitive dissonance—this was not the public face presented by IDSA President, Dr. Ann Gershon—who, in the face of the ILADS submission of over 1,600 pages of scientific evidence contradicting the guideline recommendations, steadfastly maintains there is no evidence of persistence. So what gives? Is this a case of “good cop/bad cop”? Are perceptions deceiving? Is this all a matter of managing public perception? Putting on a public face?

Who is running the show for the guidelines review?  Is it run by IDSA’s seemingly myopic president or is the panel a separate entity with its own distinct agenda?  Does personal integrity—taking a stand for what is right for patients matter to this panel?  Or will the organizational agenda of the IDSA, which selected panelists and presenters, rule the day and the hearing be no more than a public nod to keep the press at bay and maintain “appearances.” Can this panel in the full light of day ignore the science that was presented—science that had been intentionally suppressed and deliberately misinterpreted by the previous panel?    Are the guidelines beyond reproach as Dr. Gershon asserts? What should be more troubling to the IDSA—the public airing of dirty laundry or an organization that takes away the fundamental right of patients to make vital health care choices that effect their lives.  Who’s minding the store?  At the end of the day—these are the questions that matter.   And, the only face that counts is the face of integrity.