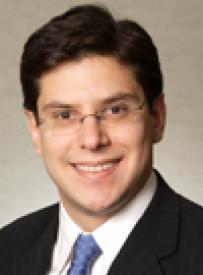 Evan White testified at age 14 in 1993 about his battle with Lyme disease during a hearing chaired by Kennedy. The Boston Globe and other media took note of Kennedy's emotional reaction to White's testimony. "No one could hear or feel the moment of that child and not be moved," Kennedy explained to the Globe at the time. Anyone who wasn't moved, he said, "hasn't got a heart."

‘People Were Going To Washington’

Note to readers: White testified at age 14 in 1993 about his battle with Lyme disease during a hearing chaired by Kennedy. The Boston Globe and other media took note of Kennedy’s emotional reaction to White’s testimony. “No one could hear or feel the moment of that child and not be moved,” Kennedy explained to the Globe at the time. Anyone who wasn’t moved, he said, “hasn’t got a heart.”

I recall being laid up in bed and my mother telling me that people were going to Washington to talk about Lyme disease, which I had contracted in the fall of 1990. And I told my mother I wanted to go. I was living Suffern, N.Y. I was 14. I would have been in the ninth grade, but I hadn’t been in school since I was 11 years old because of my illness. I received some limited home schooling, to the extent that I was able to tolerate it. Because of refused or neglected treatment, the disease had penetrated my blood-brain barrier and affected my cognitive ability. Fortunately, those effects were not permanent. But I would say for close to three years, it was very difficult for me to keep up with my education.

My mom was involved with the local Lyme disease groups. She told me we would be speaking before Senator Kennedy in Washington. I knew who Senator Kennedy was and I knew who his brother had been. The debate at the time was whether Lyme disease existed beyond the standard four-week treatment with antibiotics, and I was there to demonstrate that Lyme disease is severe and affects so many people and deserves so much more attention than the standard four-week regimen of antibiotics.

We took a long and trying car ride down to Washington, D.C. We went up to the Hill and we were being escorted around by one of Senator Kennedy’s aides, who was speaking to my mother and taking notes. We were in a very elegant room; I don’t recall the name of it. But Senator Kennedy walked in and I noticed that everyone in the room just sort of locked eyes on him. He was greeting people and eventually he made his way over to me. He leaned down because I was in a wheelchair and he said, “You know, Evan, this is the room [the Senate Caucus Room in the Rayburn Senate Office Building] where my brothers announced that that they were running for president.” That was just a nice way for him to tell me a personal anecdote and humanize himself. You could tell that he was certainly good at making people feel comfortable.

The senator took me in my wheelchair — or my mother did and we were walking with him — and we went into his office. The first thing I remember was a dog running around, and he introduced me to his dog, Barney, and some of his staff members. And he showed me around. His words to me were of hope and sorrow and understanding, and he really made an effort to establish a connection with me. That was very important for me because as a kid with an illness, you can become very cynical and skeptical that no one’s out there, and no one cares. Then he showed me some of his pictures, including one of his son [Ted Kennedy Jr.], who had beaten cancer [at age 12]. He offered the photo as inspiration. I very vividly remember it. I remember that picture. I remember feeling very close and comfortable. And I thought this man was really going to advocate for me, and really take to heart what I would say. I trusted him. There were no cameras. There were no other politicians. There were no other constituents there. It was just us. That gesture wasn’t for him; that was for me.

Later that day, we found out the hearing was canceled and would be rescheduled. I was pretty upset about that, just because it meant another trip back and I was heading home without having accomplished what I hoped to do. I didn’t want to come back to Washington, D.C. But Senator Kennedy and his aides were nice enough to charter a plane for us to fly down the next week, and he put us up in a hotel. He was very apologetic and sincere, and it was wonderful that he took those measures to get us back. He understood how difficult the whole process was for us.

At the hearing, I spoke a little — just a few sentences — and the words were mine. I think I told him, “We [Lyme disease patients] can’t speak and we’re in a lot of pain and we need your help. Please help us.” You know, just some very simple ideas. After I’d given my testimony, he paused. He took off his glasses. He had a tear in his eye. He sort of wiped that away and composed himself. I believe he said, “We owe it to you to help you out,” and he offered some very encouraging words.

I knew right away that this had impacted him and he was genuine in his feelings and in his efforts to try to do something to help us. I felt his sincerity. He was a person who, every moment of every day was dedicated to helping people in need, and I can’t imagine that he welled up and cried every time someone sort of begged him like that.

After that day, we received some nice follow-up from the senator, some nice letters, and then we lost touch. Our exchange was covered by the Boston Globe, and I was being covered in other news pieces and on television, which gave me an opportunity to be a spokesperson for my cause. By the time I was 17, when I was fully recovered, I was a featured speaker at a Capitol Hill rally about the disease. [Former] Congressman [Benjamin] Gilman [R-N.Y.] quoted me on the House floor the next day, and I got to see Senator Kennedy again. He remembered me and my mother, and stopped for a little photo opportunity. He told me how happy he was to see how I had done and how I’d progressed. I felt things were coming full circle at that point: I was recovering and he was able to share that with me. That was a really wonderful experience and I’m just glad I had that.

I went to Lafayette College in Pennsylvania and majored in government-law. I guess it was no coincidence that with my prior experience on the Hill and with the senator, I took off in that direction. Now I do labor and employment law. I don’t think the senator would have been happy to hear that I represent management, but that’s the side that I’m on.

I still have the photo of me and my mother with Senator Kennedy. He was just a strong and inspiring personality who had been through so much — I thought in the back of my head that this [brain cancer] was going to be just another challenge, an obstacle to overcome. But what I take away are his lessons and the messages he showed me and so many other people.