LYMEPOLICYWONK: When decisions are foregone conclusions 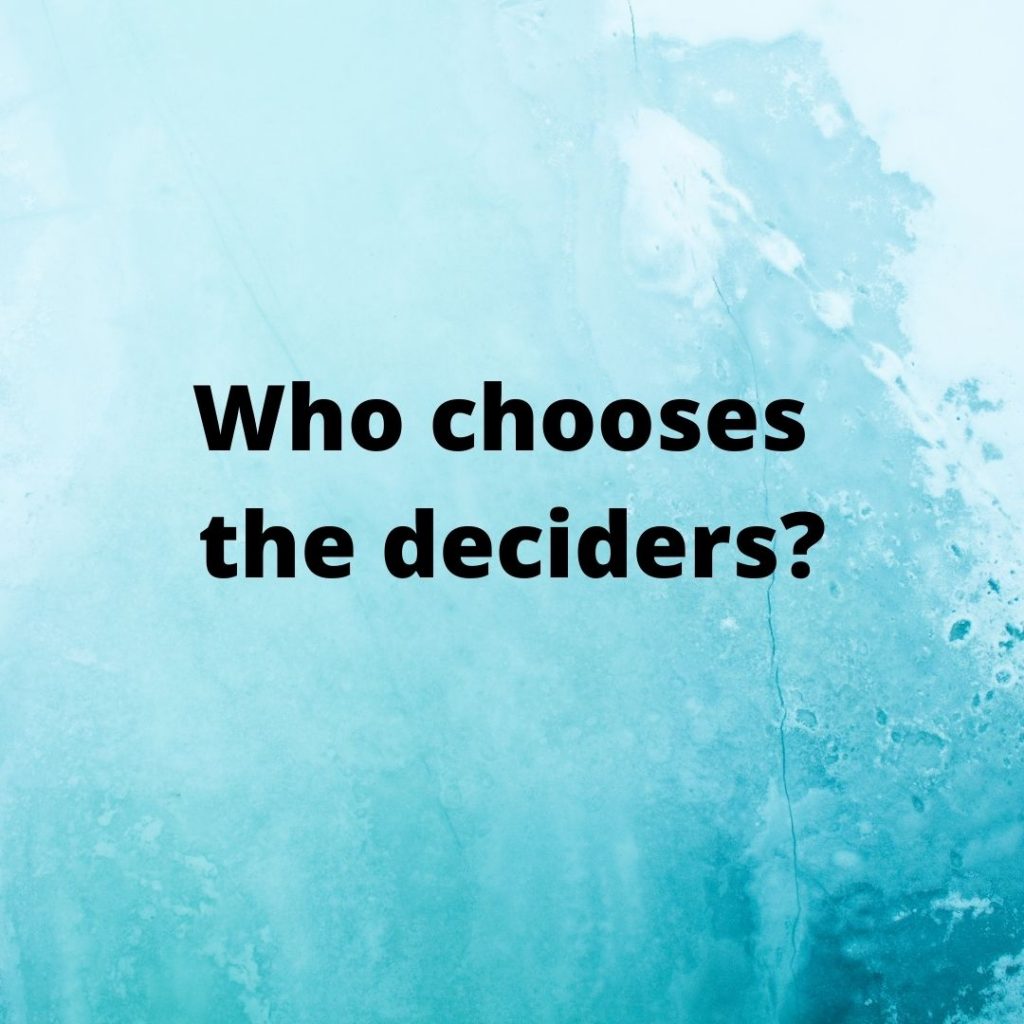 I gave the following remarks by telephone at the December 2 meeting of the Tick-Borne Disease Working Group.

As this term of the Working Group draws to an end and the selection of new panel members begins, I want to focus on transparency and fairness in the selection of public members of the working group. Healthcare policy researchers point out that:

“WHAT is to be decided…is often ALREADY DECIDED…with the SELECTION OF THE DECIDERS” (Sniderman 2009).

This working group saw contentious content battles. Patients watched in horror as the only sliver of this report relegated to them –Chapter 7–was on the chopping block, passing only by a narrow vote.

Had this chapter not been approved, the voice of chronic Lyme patients—whose efforts helped create this panel—would have been entirely suppressed–defeating the legislative purpose of this group.

We understand that public members are selected by key federal members on the working group. Presumably, their appointments should reflect the group’s core values–transparency, compassion, respect and working with patients as partners.

Yet there was no transparency in the selection process for this group.

For example, the IDSA announced Dr. Eugene Shapiro’s appointment long before the Department of Health and Human Services made its public announcement. Shapiro’s reputation for making fun of sick patients is neither respectful nor compassionate. Nor was the public told which legislative role individual members fulfilled or why the number of patients on the group was reduced from 3 to 1—Pat Smith.

The other two patient slots were taken by an academic researcher and a panel member who identifies as an “industry representative” –although the legislation does not provide for such a role. She is neither recognized by nor accountable to any patient group.

Only recently were term limits for members posted on the website. All except three expire today. The terms for Soltysiak and Walker don’t expire for six months. Why the special treatment for these two? Who will watch out for the patient interest during this six-month time period?

The third person who remains on the panel is Kevin Macaluso, an academic researcher. In 2019, he replaced patient Bob Sabatino, who in turn replaced another patient. By charter, replacements serve the remaining term of those they replace. There should be no out-of-sync panel members.

How else are patients to evaluate whether the full panel is fairly constituted and whether the patient interest is adequately represented?

Lorraine Johnson, JD, MBA, is Chief Executive Officer of LymeDisease.org and Principal Investigator of MyLymeData. You can contact her at lbjohnson@lymedisease.org. On Twitter, follow her @lymepolicywonk.