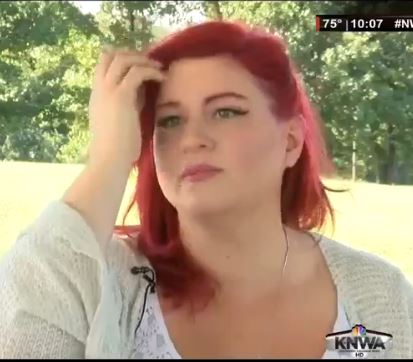 The Arkansas Health Department made headlines last week for actually acknowledging two cases of Lyme disease in their state. It’s the first time they’ve admitted such a thing in 10 years. And, according to state officials, the prior two cases were not acquired in Arkansas.

You may remember a blog I wrote about six months ago, called “No Lyme in Arkansas? Baloney!” In it, I discussed a family whose daughters had multiple tick bites followed by fevers, flu-like symptoms, joint pain, bull’s-eye rashes—and positive Lyme tests.

Yet, the girls couldn’t get treated for Lyme in their state.

Why? Because according to state health officials and the federal Centers for Disease Control, there’s NO LYME in Arkansas. Therefore, their positive tests were deemed to be false positives.

The girls’ mother, Alarie Bowerman, found a doctor in another state willing to treat her very ill and suffering daughters. Then, she tried to get state health officials to pay proper attention to locally-acquired Lyme disease.

She started by attracting the interest of TV station KNWA of Fayetteville. Last September, a reporter elicited this quote from a department spokesman:

(Of course, the argument that Arkansas ticks somehow just magically don’t spread Lyme disease falls down when you look at canine cases. 282 dogs have acquired it in the state over the last five years.)

True, the health department only counts human cases. And yes, it’s technically accurate that there have been no recorded cases of Lyme disease in humans in Arkansas since 2007.

But that says more about the dysfunctional way that Arkansas and the CDC track Lyme cases than about the true incidence of the tick-borne illness. (The Arkansas Lyme Foundation has identified 150 cases of Lyme in the state—and they’re just getting started in that effort.)

Because there’s no Lyme here, you can’t get Lyme here. Thus, there’s no reason for you to even be tested for it in the first place. If you do happen to twist your doctor’s arm for a Lyme test, we declare any positive results to be false positives. Because, don’t you remember? There’s no Lyme here.

They recently announced that the state has seen its first two cases of Lyme disease in a decade. Those cases just happen to be Alarie Bowerman’s daughters. This mom kept calling health officials, sending them copies of her daughters’ records, etc. And eventually, her persistence paid off.

The Arkansas Health Department even sent out a press release about it. But the press release is a tepid endorsement of the risk of Lyme disease in the state, going heavy on words like “rare” and “low incidence.” And it quotes state epidemiologist Dirk Haselow as saying: “We know that Lyme is rare here, and we encourage doctors and patients to consider other diagnoses first.”

(Okay, let’s get this straight. Known tick bite, known Lyme symptoms, positive Lyme test. But Arkansas doctors are advised to try out a bunch of other diagnoses before even thinking it could possibly be Lyme? Whaaaat? Sorry, guys, that makes no sense.)

A glimmer of hope in the press release: Haselow says Arkansas is “committed to finding cases of Lyme when they do occur.”

If that statement is true, that’s certainly a (baby) step in the right direction. Kudos to Alarie Bowerman and other Arkansas Lyme advocates for everything they are doing to keep the momentum going.

PS: Bowerman reports that her daughters’ health continues to improve under the care of their out-of-state Lyme practitioner. That’s the kind of feedback I like to hear!

TOUCHED BY LYME is written by Dorothy Kupcha Leland, Vice-President of LymeDisease.org. She is co-author of When Your Child Has Lyme Disease: A Parent’s Survival Guide. Contact her at dleland@lymedisease.org. On Twitter, she’s @dorothyleland.