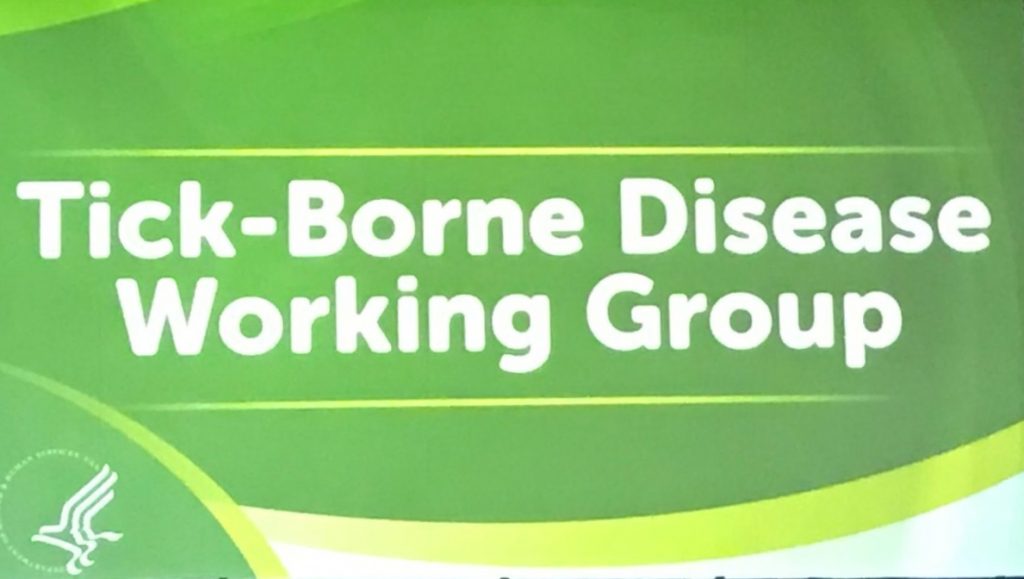 Last week, on June 4, my eyes were glued to my computer screen. The occasion? The first meeting of the newly reconstituted federal Tick-Borne Disease Working Group (TBDWG). I’ll refer to this as the “2019 panel,” since that’s when its term began.

You’ll recall that the first incarnation of the TBDWG, which started its term in 2017, met eight times and delivered its report to Congress last December.

There is a world of difference between how the 2017 panel operated and where the 2019 panel is headed. The result? Lyme disease patients are being left out of the process—to their detriment.

The Working Group was created by the 21st Century Cures Act, which included many different health-related provisions. The TBDWG was inserted into it at the behest of Lyme patient advocates.

The idea was to give Lyme patients, their treating doctors, and researchers toiling on their behalf a voice in the formation of government policy regarding Lyme disease.

The Department of Health and Human Services (HHS) set up the Working Group as follows. There would be three iterations of the panel, seated in 2017, 2019, and 2021, respectively. Each session would culminate in a report to Congress. The group would consist of seven “federal” members, chosen from government agencies, and seven “public” members, representing patients, clinicians and researchers. The panel would also set up subcommittees to help them, made up of experts, advocates, and patients.

Major differences between the 2017 and 2019 panels

The first time around, HHS announced the panelists about three weeks before the Working Group’s first meeting on Dec. 11, 2017. This gave Lyme patients time to learn about the panelists and, if they chose, arrange to come to the meeting in person.

In sharp contrast, HHS didn’t publicly announce the membership of the 2019 panel until late in the day on June 3, mere hours before the group’s first meeting on June 4.

Earlier, on May 15, despite no public acknowledgement from HHS, the Infectious Diseases Society of America (IDSA) made its own announcement. The organization proudly posted on its website that Dr. Eugene Shapiro, an IDSA member, would serve on the TBDWG. We asked HHS for confirmation, and they told us they had not yet selected the final panel.

With the meeting only weeks away, that assertion strained credulity. And then, on June 4, HHS swore Dr. Shapiro in as a member of the Working Group.

This is a critically important point, because Dr. Shapiro is much more than just a representative of the IDSA. In addition to financial conflicts of interest that should preclude him from serving on the Working Group, for years Dr. Shapiro has notoriously waged war on Lyme patients, their doctors, and advocacy groups. Putting him on the Working Group shows tremendous lack of respect for Lyme patients and their concerns. (More than 21,000 people have signed our petition to remove Shapiro from the TBDWG. Click here for more on why we oppose his appointment and to sign the petition.) Update: As of August 21, more than 30,000 have signed our petition.

How did the IDSA know that Dr. Shapiro had been appointed? And why was that organization privy to non-public information? Why did HHS deny his appointment when asked and claim that no members had been selected? All of this reveals a staggering lack of transparency and process integrity—and begs the question: what else is HHS hiding?

At that first meeting in 2017, you may recall the strong lineup of public commenters. I still remember stirring words from now-retired Air Force Colonel  Nicole Malachowski and then-13-year-old Olivia Goodreau. There were many others.

Furthermore, at that 2017 meeting, two representatives of Lyme patient advocacy groups—Greg Skall of the National Capital Lyme Disease Association and Lorraine Johnson of LymeDisease.org, were invited to make presentations to the Working Group. Because Lorraine is on the west coast, she gave her remarks by telephone.

This is what engaging with patients looks like. You announce what you’re doing, you allow different stakeholders to give input, and you open up the phone lines for those who aren’t geographically close.

Things played out very differently in 2019. There were few public comments this time around, no advocacy groups were invited to give special presentations, and HHS did not allow telephone participation. Few patients attended this meeting in person.

The 2019 approach limited verbal comments to those who live close enough, and/or were healthy enough to leave the house, and/or could afford to travel from elsewhere to appear in person. Yes, anyone could submit written comments one week in advance (and I did), but in past meetings I have delivered spoken comments to the committee by telephone. Restricting access in this way pushes Lyme patients—many of whom are disabled—out of the process even more.

Here’s a picture of the audience at the opening meeting in 2017. 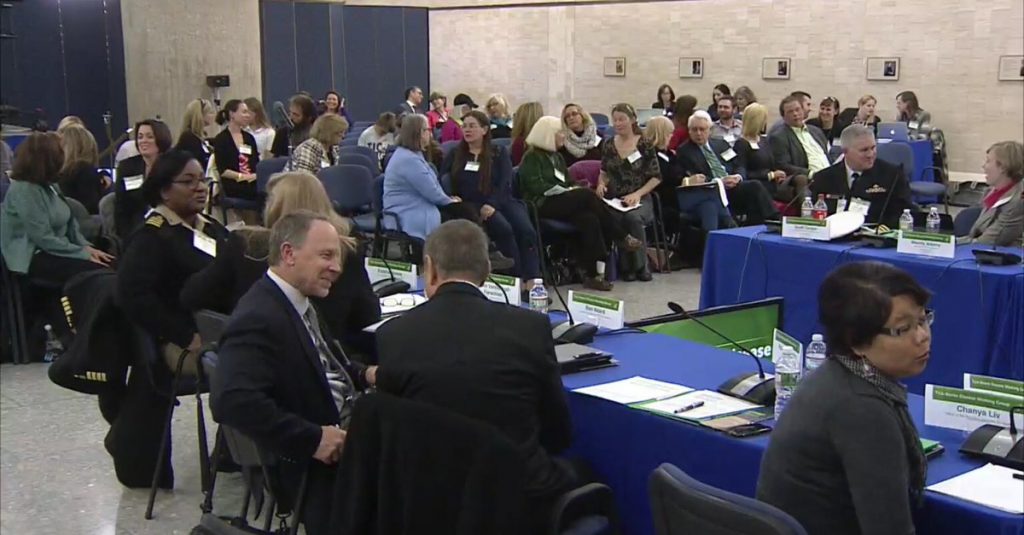 Here’s a picture of the audience at the opening meeting in 2019. 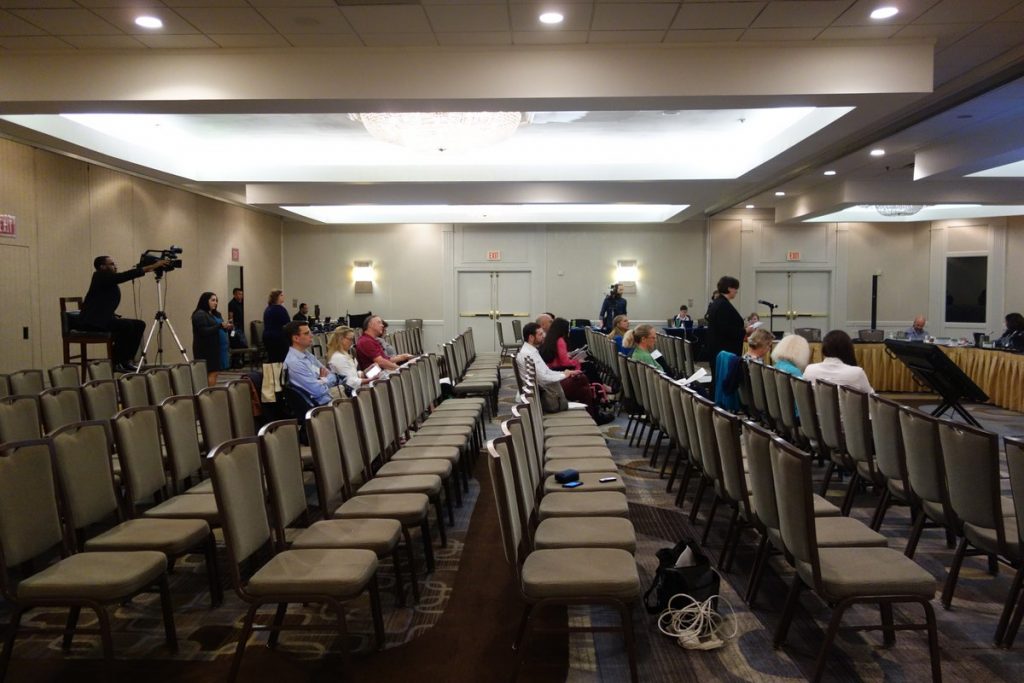 What a difference patient engagement makes in terms of how many people fill a meeting room! 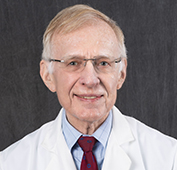 In a disturbing development at the June 4 meeting, newly appointed co-chair David Walker MD offered a new approach to creating the panel’s subcommittees. Here’s some context: Dr. Walker specializes in researching Ehrlichia and rickettsial infections, such as Rocky Mountain spotted fever. (So, HHS chose as co-chair a guy whose expertise is not Lyme disease.)

One of the first things Walker said at this point—I’m paraphrasing—was that Lyme disease got enough attention from the previous panel, and he doesn’t think the current panel should spend much time on it. He said that at most only one subcommittee should focus on Lyme disease.

Now, wait a darn minute! According to the CDC, 80% of tick-borne infections in the US are in fact Lyme disease. Of course, other tick-borne diseases are important, too. But to squelch discussion of Lyme disease? To proclaim that the topic has been adequately addressed and that we should just all move on? That’s troubling. It commandeers a process that’s supposed to help solve the serious problems faced by patients with Lyme disease—and steers it onto a wildly different course. It may end up redirecting research money away from Borrelia burgdorferi altogether.

Also, you may recall that last time around, both experts and patients could apply to serve on subcommittees, and somebody with lived experience of Lyme disease (either as patient or caregiver) was supposed to be on each one.

This time, Dr. Walker says he hopes to dispense with all that process. He wants co-chairs of each subcommittee simply to handpick the experts they’d like—period. No vetting for conflicts of interest, no reaching for diversity of viewpoint, no messy dealings with patients. Just choose your buddies and get going. (What could possibly go wrong there?) 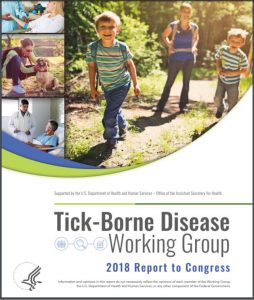 I watched the webcasts of all eight meetings of the 2017 panel. Although I didn’t agree with every decision the Working Group made, overall, I thought it did a good job. Its Report to Congress laid the groundwork for future action. Some of its recommendations are already being implemented.

Also, the 2017 panel had three representatives from patient advocacy groups on it: Pat Smith of the Lyme Disease Association, Bob Sabatino of the Lyme Society, Inc. (New York), and Wendy Adams of the Bay Area Lyme Foundation.

The 2019 panel was down to two patient representatives at its meeting last week: Smith and Sabatino. And, we’re told that Sabatino will be rotated off the Working Group in August, to be replaced by yet another rickettsial researcher—not a patient.

So, at that point, Pat Smith will be the Working Group’s lone voice speaking up for the needs of the Lyme community. She is strong and knowledgeable and can fight like a pit bull for the rights of Lyme patients. But how unfair to her—and to all of us—to isolate the patient voice like that. And how counterproductive.

It raises the question again: why has HHS made such an abrupt change of direction for the Working Group? The challenges of Lyme disease are far from solved, and the 2019 panel seems headed the wrong way.