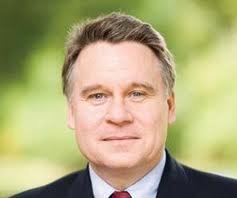 Press release from the office of Congressman Chris Smith:

“I am so pleased that Collin has agreed to Co-Chair the Lyme Caucus with me,” said Smith, whose home state of New Jersey is one of the most heavily impacted states and who has worked on Lyme Disease since the early 1990s.  “We’ve got a lot of work to do to help families across the country suffering from this disease. I am confident that Collin will be a hard working and dedicated member of our team.”

Under the legislation, H.R. 610, the Advisory Committee would be tasked with enhancing communication among federal agencies, medical professionals, and patients/patient advocates and to ensure that a broad spectrum of scientific viewpoints is represented in public health policy decisions. The bill also requires that the information disseminated to the public and physicians is balanced. There has been great concern over the last several years that meritorious analyses and opinions regarding “chronic” Lyme have been withheld from doctors, patients and insurers.

In 2011, 96 percent of Lyme disease cases were reported from 13 states, including New Jersey and Minnesota.

“In the last 25 years, more than 15,000 Minnesotans have been reported to have Lyme Disease, with those numbers dramatically increasing in recent years,” Peterson said. “My hope is that the Lyme Disease Caucus can help to spread awareness, and I look forward to working with Chris and others on this important issue.”

The Lyme Disease Caucus is dedicated to educating Members of Congress and staff about Lyme and other tick-borne diseases, as well as advancing initiatives that are designed to help the estimated 275,000 Americans who develop Lyme disease each year and all of those living with the disease.

The other heavily impacted states include Virginia and New York, and Co-chair Rep. Frank Wolf (VA-10) and Rep. Chris Gibson (NY-19) have agreed to become original cosponsors of the legislation to continue their advocacy in support of greater federal efforts to treat and care for individuals suffering from Lyme in their states and districts.

“Lyme disease is a serious and dangerous threat that many who enjoy our beautiful natural resources don’t even know exists,” Wolf said. “When I first learned about this devastating illness a few years ago, it was being referred to as an epidemic in northern Virginia. Now the Commonwealth’s epidemiologist says its endemic. That’s why I’ve held numerous forums with community groups to raise awareness. We must do all that we can to educate ourselves about the disease. These bills will help protect our community, children and grandchildren from Lyme disease and other tick-borne diseases.”

“I have heard firsthand from family, friends, and constituents about the impact Lyme disease has had on their lives and the lives of their loved ones. Particularly in Upstate New York, where the incidence of Lyme is among the highest in the country, it is imperative that we improve the ways we detect and care for individuals suffering from tick borne illnesses. I am pleased to join with a bipartisan group of my colleagues to once again introduce legislation to establish a federal Tick-Borne Diseases Advisory Committee, which would be an important step forward in that effort,” said Congressman Gibson.

Lyme is the most prevalent vector-borne disease in the U.S. today. If not diagnosed and treated early, Lyme disease can lead to disseminated infection and can affect every system in the body, including the central nervous system. Later symptoms of Lyme disease include arthritis of weight-bearing joints; neurological problems, such as facial paralysis, encephalopathy, memory problems, weakness of the extremities; and heart symptoms, such as heart block and inflammation of the heart muscle. Lyme has been reported in every U.S. state and is becoming more prevalent.

“We do not have a good grasp on Lyme, much less the myriad co-infections that greatly compound and confound diagnosis and treatment,” said Smith. “Our caucus is committed to redoubling our efforts to help patients in need of real solutions.”