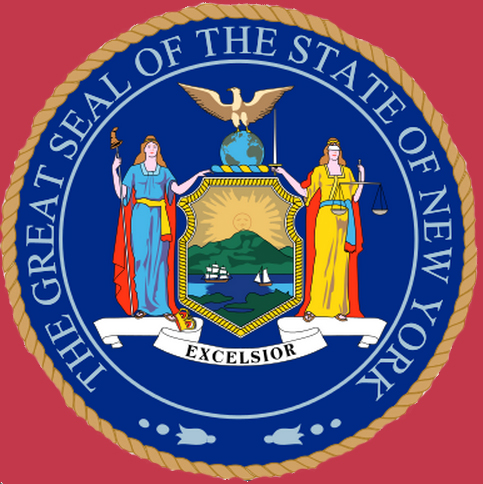 In the final days waiting for Governor Cuomo to sign the Lyme bill in New York that would ensure Lyme patients access to diagnosis and care, Slate magazine ran what can only be called a Lyme bashing piece designed to kill the legislation. LymeDisease.org responded with this letter to the editor.

LDo Letter to the Editor of Slate

Re: Lyme Illiterate by Brian Palmer

LymeDisease.org is appalled at the recent Slate article, which viciously attacks both those who suffer from Lyme disease and the physicians who treat them.  It is malicious, untrue, and inhumane. Reporter Brian Palmer misrepresents the evidence in every possible way. We remember similar hateful attacks on people with HIV/AIDS in the early days.

The Infectious Diseases Society of America, which Palmer regards as the sole guardians of expertise in this arena, was 10 years late to the party in recognizing the need to treat HIV/AIDS. Another medical society, AAHIVM, led the charge in its absence and with the support of the pharmaceutical industry, embraced the broad range of clinicians who provided HIV care and fought for better access to care for HIV patients. That’s why today two HIV medical organizations (AAHIVMI and the HIV Medicine Association, a branch of IDSA) exist. http://tinyurl.com/q49ua5z

In a similar fashion, it was the lack of IDSA responsiveness to the needs of Lyme disease patients that gave rise to ILADS.  Studies show unacceptable lack of sensitivity in IDSA’s recommended testing procedure (50%) and an unacceptably high failure rate of the IDSA Lyme treatment protocols (25-36%). http://tinyurl.com/l3cjfjd   IDSA’s own researchers have noted that IDSA guidelines in general are based primarily on opinion, not evidence. http://tinyurl.com/m24bkya   Even worse, IDSA Lyme guidelines have not been updated since 2006 and do not reflect current science. IDSA employed no rigorous evidence review and its guidelines do not conform to the standards of the Institute of Medicine (IOM) for trustworthy guidelines.

In contrast, the ILADS guidelines were revised this year, using the rigorous evidence assessment scheme (called GRADE) recommended by the IOM. ILADS included the patient voice in the guideline development process. http://tinyurl.com/k7hhssh   Contrary to Palmer’s libelous allegations, ILADS doctors—not IDSA doctors—are the ones applying the latest research to patient care.

LymeDisease.org is no stranger to evidence-based medicine. I have been involved with the Cochrane Collaboration for 6 years and co-chair the national Consumers United for Evidence Based Healthcare. I am also a patient representative of the Patient Centered Outcomes Research Institute, which was founded by Congress under the Affordable Care Act.  I also serve on both the Steering and Executive Committees of its $100 million dollar big data project, PCORnet.

The IDSA exists to promote the interests of its members, who are largely researchers. Patients are not even on the agenda. The group spends enormous amounts of money every year to lobby for research funding. IDSA’s interests in Lyme disease are aligned with promoting the interests of insurers, controlling research grant funding, and controlling the research paradigm.   Its researchers involved with Lyme disease have strong industry ties with vaccine developers and diagnostic test kits. http://tinyurl.com/l4x6mnq  These commercial interests are not trivial. IDSA has engaged in an all-out war on its competitors—viz. ILADS doctors—whom it drags before medical boards with impunity.  As the chart below reveals, IDSA lobbying expenses spiked significantly in 2006 and 2009 in connection with its Lyme war advocacy. http://tinyurl.com/q8w52gd Palmer got many facts wrong. LymeDisease.org not only funds research, we conduct it. Our large-scale surveys of over 5,000 patients are one of the few resources researching this population. Patients with chronic Lyme disease suffer on-going symptoms affecting their ability to function and engage in the activities of daily living. A full 43% report that they have had to stop working, while 25% report that they have been on disability at some point in their illness. Patients with chronic Lyme disease report significantly more “poor physical-health days” (using the CDC HRQoL) than those with chronic low back pain, asthma, diabetes, cancer, depression and cardiovascular disease. Chronic Lyme patients are five times more likely to visit physicians and are twice as likely to be seen in an emergency room department or have an overnight stay in the hospital than other patients. Twenty-two percent report requiring special needs equipment, such as a cane or wheelchair. https://peerj.com/articles/322/

Contrary to the author’s assertion that those with chronic Lyme are usually treated with IV antibiotics, we find that the majority (51%) are not taking antibiotics and, 92% of those on antibiotics are on oral antibiotics. https://peerj.com/articles/322/  Asserting that treating physicians are prescribing “dangerous and ineffective therapies” and “are exactly the doctors the government should be investigating” is a fear-mongering tactic without support. The FDA has approved the safety of these antibiotics. The efficacy of antibiotics was confirmed in two of the four NIH-funded trials and many observational trials. http://tinyurl.com/qdm3dfa

Physicians, unlike IDSA researchers, are charged with using the best evidence available and working to restore the health of patients who are severely ill. As Dr. Deborah Zarin, director of clinicaltrials.gov puts it http://tinyurl.com/oj65x4c :

Clinical decisions are driven by the current reality. You can’t say to someone who has a medical need right then and there, “Hold on we’ll do more clinical trials and get back to you in two years.“ You have to make decisions based on the best information available.

The author gets just about every fact in the article wrong in a highly biased fashion. We believe this article will cause incalculable harm to already suffering patients.  Although the article mentions LymeDisease.org, the author  did not bother to contact us.  Slate should set the record straight and provide a patient-centered article in response.


A pdf of LDo’s letter to Slate is here.