“Not your average illness memoir”? That’s an understatement. 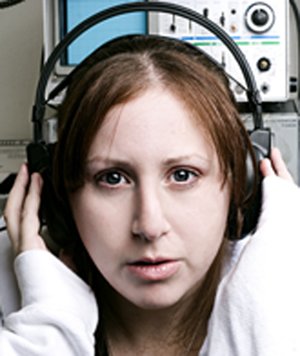 Book review of “lyme light: a memoir” by Natalie London.

Natalie London channels Roseanne a lot in lyme light: a memoir. The 222 episodes of that comedy show, along with 239 installments of Beverly Hills 90210, played a huge part in her life. You see, the fictional family and friends she found on those shows got her through a very difficult childhood, which included abuse and abandonment by her alcoholic father. And then, years later, when she was alone and almost dying from Lyme disease, those TV companions kept her going again.

Ten years ago, London was an up-and-coming musician and successful college student in New York, when suddenly things went horribly wrong, both physically and mentally. Weird pains, hallucinations and difficulty thinking. A feeling of disconnection from what was happening around her.

And by the way, shortly before all this started happening she was bitten by ticks. Two different times. The second time, there was a whole bunch of them, resulting in multiple bull’s-eye rashes. None of the doctors she consulted wanted to hear about it, though.

It got harder to continue at school. She writes:

My thoughts now interrupted my thoughts….Where did all the words go? They used to be right there at the tip of my… of my… what is the name of that thing in my mouth? Words went missing leaving spaces on the shelves in my head, books checked out while the librarian overdosed and passed out on the tacky beige carpet behind the desk.

My only peace was blacking out, there was no longer such thing as sleep. Consciousness unbearable. Breaks between these episodes started slipping away more and more often, quietly, between the second and third hand of the clock when I wasn’t looking. By October I found myself on the hard and cold wood floor of my apartment unable to move. There was nowhere left that was safe.

A school psychiatrist prescribed a heavy-duty tranquilizer and anti-depressants.

He told me these episodes I was experiencing, the delusions, the itching to get out of my skin, was normal anxiety and depression caused by the stresses of senior year. It was commonplace to be worried about graduating, stepping into the responsibilities of the real world, it was simply… senioritis.

The symptoms got worse. Shortness of breath, heart palpitations, fainting spells. Staying in school became impossible. She returned home to southern California and tried to find out what was wrong.

Via a long, circuitous path, eventually she discovered she had Lyme disease and coinfections, and began a grueling treatment regimen. That’s when Roseanne and the gang from Beverly Hills came back into her life again….

This book isn’t just about Lyme disease. Its raw and edgy narrative also holds up a mirror to popular culture. As this young woman takes a terrifying journey into “a part of my brain I never in my life would have believed existed,” we also learn what songs she’s humming and what bits of TV dialogue pop into her mind at odd times.

Yet, while the fictional Roseanne kept her company through those long dark nights, a real-live TV personality provided more tangible aid. On the advice of a friend, Natalie contacted San Diego TV anchorwoman Brooke Landau, well known for her Lyme disease advocacy. Brooke provided invaluable information which led Natalie to find the Lyme-literate doctor who started her on the path to recovery.

Today, Natalie is back in the music scene, leading a band called “Hey, King!” She recently put together a well-attended Lyme Awareness concert with many bands in Los Angeles. She has launched this book, and managed to get the real life Roseanne to endorse it, along with several actors from Beverly Hills 90210. (Roseanne Barr calls it “a fascinating story about acceptance, survival and determination.”)

Natalie London will be a featured speaker at the upcoming Los Angeles Lymewalk and Rally on May 18. (At Palisades Park in Santa Monica, noon to 4. Click here for more info.)

Note to readers who may not be able to join in the “walk” part of things. Come anyway, to hear the speakers and music, connect with the local Lyme community and, if you like, purchase a signed copy of Natalie’s book. (Also available from Amazon.)

“lyme light: a memoir” is one of the most compelling Lyme disease stories I’ve read.

TOUCHED BY LYME is written by Dorothy Kupcha Leland, LymeDisease.org’s VP for Education and Outreach. Contact her at dleland@lymedisease.org .