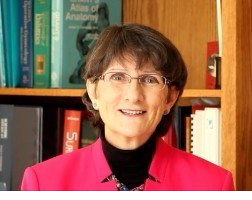 A recent article in the Minnesota Star-Tribune discussed one legislator’s struggle with Lyme disease (“Retiring legislator continues to serve by telling his story.” And while coverage of tick-borne diseases is welcome, it is discouraging to know that this is just one in the several thousand cases that occur annually in Minnesota.

The financial and health-related costs of the disease are significant for individuals and society. Approximately 380,000 new cases of Lyme disease are diagnosed each year in the U.S. A 2015 Johns Hopkins study estimated the average expense of direct medical costs to be $3,000 per case, totaling $1.2 billion a year.

While that alone is staggering, adding indirect costs raises the average expense to $11,248. Most cases treated early in the illness cost far less; it’s the 10-20 percent that produce prolonged illnesses that drive up costs.

The cost in terms of suffering is impossible to calculate.

That’s why public health officials, physicians and the public must take every opportunity to encourage and engage in prevention practices. In the course of my work on tick-borne diseases, I provide accredited continuing medical education for physicians and speak to public audiences; I’ve published papers in peer-reviewed medical journals and served on a subcommittee of the congressionally mandated Tick-Borne Disease Working Group. Here are some suggestions:

• The Minnesota Department of Health should develop a year-round media campaign on the dangers of tick-borne diseases across all popular platforms. It should include messaging for the general public and targeted information for high-risk groups such as campers, hunters, workers with occupational exposure, residents in wooded housing developments and people whose risk is often unrecognized, such as golfers who spend time in the rough. Equating risk only with “the woods” is a mistake.

• The campaign should advocate strongly for the use of permethrin on clothing and gear by everyone with potential tick exposure as this insecticide is highly effective, long-lasting, safe, inexpensive and easy to use.

• The messaging needs to invoke some fear about the potential for a prolonged illness, as fear is a strong motivator for behavioral change.

• Each Minnesotan must identify and minimize potential sources of risk in his or her life by avoiding tick habitat whenever possible, using permethrin and repellents, performing careful tick checks and promptly reporting known bites and/or symptoms of Lyme disease to a doctor. Given that patients with late disease do worse than those treated for the telltale erythema migrans rash (EM) or the flu-like symptoms of early disease, those who hesitate may indeed be lost.

• Clinicians need to enhance their diagnostic and therapeutic skills. Serologic testing [currently approved diagnostic method for Lyme disease], while highly specific, is insufficiently sensitive to rule out Lyme. This is true for early disease and neurologic presentations. The serology module on LymeCME.info lays out the details. Lyme disease is a multisystemic illness producing a wide array of symptoms. Clinicians who seek only swollen joints, atrioventricular conduction defects, facial nerve palsies and bull’s-eye rashes are, in many cases, missing the target.

• Clinicians should not be overly reliant on trial findings while caring for individual patients, as Cochrane and GRADE analyses of the therapeutic evidence determined it is of low/very low quality. Single-dose doxycycline is approximately 50 percent effective for primary prevention of Lyme disease; therefore, high-risk bites may deserve a 10-day course. More aggressive management of early disease may reduce the risk of a prolonged illness (secondary prevention). Most U.S. trials for EM patients used 20 days of a first-line agent, not 10. Given that certain presentations — multiple EM lesions, the presence of neuro symptoms, more severe illness and ongoing symptoms at the end of active therapy — were associated with a higher risk of long-term failure, it seems prudent to consider extending the duration of treatment in these groups. The goal of antibiotic stewardship isn’t to simply limit antibiotics, it’s to employ them appropriately in a given situation.

• Scientific understanding of tick-borne diseases has evolved substantially over the 10 years that I’ve been writing and teaching about these illnesses. Yet vaccines for this group of infections are still a long way off.

In the interim, an ounce of permethrin is worth a pound of antibiotics. Use it.

This article originally appeared in the Minnesota Star-Tribune. Dr. Elizabeth Maloney is a co-author of the International Lyme and Associated Diseases Society’s Lyme treatment guidelines. She educates healthcare practitioners and the public through the Partnership for Tick-Borne Diseases Education and LymeCME.