LYMEPOLICYWONK: Was the Last Decade of Lyme Research a Cover-Up? Baker and the Embers Study Revisited. 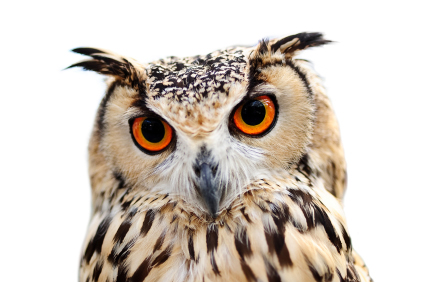 Two weeks ago, I posted a blog regarding the IDSA stealth front organization, the American Lyme Disease Foundation (ALDF). I highlighted the fact that Dr. Phil Baker, who was responsible for overseeing the Lyme clinical trials at the National Institute of Health (NIH) prior to his retirement, is now the Executive Director at the ALDF. I also questioned the handling of two companion studies during his tenure at NIH. One (Klempner), which found no persistent infection, was rushed to publication, while its companion monkey trial (Embers) languished for ten long years. During the interim, the Klempner trial was heavily promoted by the IDSA to deny patients treatment for chronic Lyme disease while no one mentioned that the companion study, the Embers trial, was still pending. Dr. Baker protested that he had nothing to do with the delay. However, I pointed out that he had an ethical obligation to accurately characterize the uncertain state of the science while the Embers companion study was pending. Dr. Baker now goes to great lengths to explain the delay (see below), and I respond.

Let me review the chronology of events concerning Dr. Philipp’s non-human primate grant (RO1 AI042352) since I was the Program Officer who managed that grant. It was a rather small, 4 year grant that was awarded very near the time that the Klempner clinical study began. Dr. Philipp made very little progress during the first 2 years of the grant, mainly because the strain of Borrelia burgdorferi that he used in past studies lost infectivity; it was no longer able to give uniform and reproducible infections in the same dosages used in previous studies. So, in order to complete the research for which the grant was awarded, he had to re-derived the strain and assess its infectivity –so that he could induce reproducible infections and then examine the effect of antibiotic on such infections. Unfortunately, set backs like this often occur in science and are part and parcel of doing research. However, because of a shortage of non-human primates and the high priority for such animals in research on HIV/AIDS, much of this necessary “ground work” could not be completed within the 4 years of his grant. As a result, he had no conclusive data for publication at the time his grant expired. Obviously, the results reported in the Embers et al. paper were derived from support obtained from other grants from other institutions as stated in the published paper. Since I had no role in the management of those grants, progress reports were not sent to me by Dr. Philipp or by anyone else. Indeed, the primary purpose of these other grants appeared to be to study the pathology of neuroborreliosis in the non-human primate model, not the effects of antibiotic treatment.

As I stated in my comments to the published paper, the data an investigator obtains from research supported by an NIH grant is considered to be his/her intellectual property; it doesn’t belong to the government and the government has no control over it. Consequently, an investigator is perfectly free to publish the results of his work without advanced approval from the NIH, whenever he/she feels that it is ready for submission for publication. What you and others interpret as an unreasonable delay, really represents the amount of time Dr. Philipp felt was need to acquire data that he believed was both conclusive and worthy of submission for publication. That was a decision only he could make. Although you and others may not believe this, the first time I saw the data was when the PlosOne paper was published.

I appreciate your explanation of the time delays while you were overseeing the Embers project.  Understanding why the delays happened is, of course, important.  Even more important to the Lyme community, however, is understanding the headlong rush to close the door on science that you were involved in—when you knew full well that the companion part of the Klempner study remained unfinished.  A fundamental principle of ethics in science is to accurately present the state of the science to the public. This is essential to keep science on track toward truth rather than dogma.  As one professional society puts it: “Public comments on scientific matters should be made with care and accuracy, without unsubstantiated, exaggerated, or premature statements.”   It was this essential task that you failed to do, with devastating consequences to patients.

Why did you not urge caution in interpreting the Klempner results during this 10 year period?  Legislative offices inform me that your message to them during this period  (and to this day) was that that the science related to treatment of chronic Lyme disease is a closed book and no more studies are needed.  Why do this in one breath, while failing to disclose that a critical study on the very issue was pending? While there are ethical dilemmas in communicating science, the obligation to remain impartial, objective, and to not conceal or withhold critical facts – like pending research on the topic – is clear.  Why shouldn’t patients regard this as a cover up?

Advances in science and medicine depend on truthful and open communication about the state of the science.  Withholding or concealing critical information about the true state of the science hampers and stops progress.   Congressman Chris Smith refers to this period as “the lost decade” in Lyme research.  The profound chilling of scientific inquiry during this period was highlighted in the testimony of Dr. Stephen Barthold, a researcher at the University of California Davis, at Congressman Smith’s US Congressional Hearing on July 17, 2012:

Because of firmly entrenched opinion within the medical scientific community, evidence of persisting viable but non-cultivable spirochetes is slow to be accepted, and research proposals submitted to NIH that feature persistence following treatment are likely to receive prejudicial peer review in the contentious environment of Lyme disease. Negative comments by peer reviewers of grant applications in the current financially austere NIH climate result in unfundable scores, if they are scored at all (triaged).”

Dr. Barthold disclosed that in a recent unfunded R01 application, a peer reviewer identified the following as a major weakness:

“The lay public that has so far denied the validity of scientific data will misunderstand the significance of…[persisting non-cultivable Borrelia burgdorferi]…and use it as additional evidence to support the idea of treatment-resistant Lyme disease.”

The patients on the Klempner NIH Advisory Panel were concerned that, without a companion study like Embers, the results of the Klempner trial might be used prematurely to deny care to patients. As the Lyme program officer, Dr. Baker, you assured Phyllis Mervine and Carl Brennan (the patient reps) that the Klempner study was only the first of a series of treatment trials.  You also agreed to fund the Embers trial as a fact check on any findings with Klempner, using an animal model to allow more invasive and accurate detection of persistence.  Instead, the Klempner study was used to essentially shut down further treatment research and the companion Embers study was not mentioned. As feared, the doors of science were shut prematurely and you supported the IDSA denial of care for suffering patients.  Should patients not feel betrayed by this?

Perhaps the proof is in the pudding?  You say you did not know the results of the Embers study for ten years.  Well, now you do.  So, why are you continuing to work for the ALDF to promote the outdated and restrictive views of the IDSA Lyme guidelines panel members?