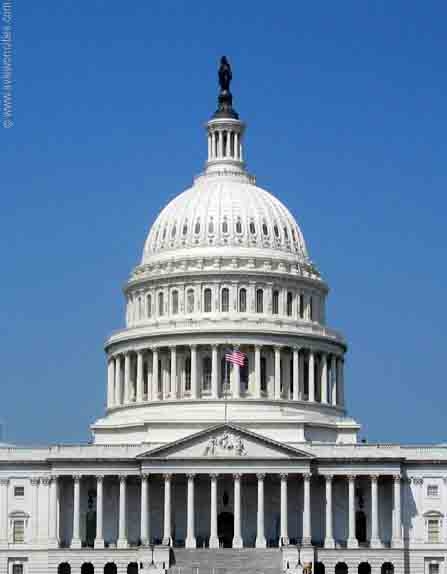 Today Senators Blumenthal and Gillibrand joined together to ask the National Guidelines Clearinghouse (NGC) to remove the outdated 2006 IDSA Lyme disease guidelines from their website.(Full text of letter below.) We applaud the Senators for speaking up loud and clear. Their letter voices concerns that the guidelines do not satisfy the currency requirement and asks that the NGC remove the guidelines until the IDSA conducts a review that ensures that the guidelines reflect current evidence-based medicine principles. The Senate letter comes on the heels of a letter from Congressman Smith, Wolf, and Gibson expressing similar concerns. New York Assemblyman Richard Gottfried, who chairs the Health Committee also requested that the NGC remove the guidelines pending a review for currency. Approximately 10,000 people have signed a petition launched by LymeDisease.org calling for the removal of the IDSA guidelines from the NGC.

The NGC posts all important guidelines on its website and requires that they be updated every 5 years to ensure that they reflect current science. The IDSA guidelines are more than 5 years old, but the NGC recently decided to keep them posted until 2015 based on the IDSA’s claim that the antitrust settlement hearing in 2009 constituted a review of the guidelines that made them eligible for continued listing on the NGC website. You can read the background on the NGC issue here.

We have been contacted by constituents concerned about the process undertaken to assure currency of the Infectious Disease Society of America (IDSA) guideline titled “The  clinical assessment, treatment, and prevention of Lyme Disease, human granulocytic  anaplasmosis, and babesiosis” which is summarized on the National Guideline Clearinghouse  (NGC) Web site. We are concerned that IDSA did not fully consider all evidenced-based research in its process to assure satisfaction of the NGC “currency” requirement, and we urge the NGC to revisit this process immediately.

ECRI is currently contracted by the U.S. Department of Health and Human Services’  U.S. Agency for Healthcare Research and Quality (AHQR) to maintain the National Guidelines  Clearinghouse (NGC). As you know, the NGC requires that all guideline developers undertake a  comprehensive review every five years to assure proof that the guidance, as published, is current  with available evidenced-based research.

As noted in the July 2010 Final Report of the Lyme Disease Review Panel of the Infectious Diseases Society of America, mandated in the antitrust settlement agreement between  the Attorney General of Connecticut and the IDSA, the IDSA convened a new panel to conduct a  comprehensive review of its guidelines. However, our constituents are concerned that this review and the subsequent review in 2011 by IDSA did not adhere to an open and transparent process as  mandated by the antitrust settlement, or with adequate patient input, as was intended. In addition, we are concerned that 25 recommended revisions to the guidelines resulting from the 2010 panel  were not adequately considered by the IDSA in their currency review. As such, we are concerned  that the review violates NGC’s requirements that the guidance, as published, is current with  available evidenced-based research.

We urge you to remove the guidelines in question, and instruct IDSA to address all  potential revisions immediately, in order to satisfy the NGC’s requirements that all guidelines are  current with available evidenced-based research.

We appreciate your attention to this matter and look forward to your reply.