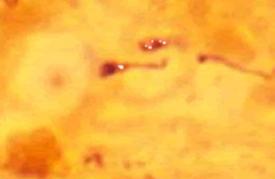 Scientists recognize more than a dozen tickborne diseases in the United States and new ones are still being discovered. One tick may carry more than one disease, so sometimes people get more than one co-infection from the bite of a single tick.

The symptoms of these coinfections are often nonspecific – such as fever and headache – which makes diagnosis difficult. And the treatments may be different. Doxycycline, for example, works for Lyme disease and ehrlichiosis, but is not effective for babesiosis.

Experienced doctors may be able to distinguish each of the tick-borne coinfections and order appropriate tests and treatment. Sometimes they start to suspect a coinfection when the patient doesnât respond well to treatment and it becomes obvious that something else is causing the symptoms. Coinfection generally results in more severe illness, more symptoms, and a longer recovery.