Why are physically sick children labeled as mentally ill? 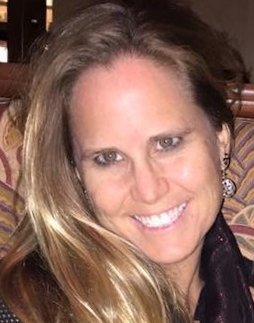 My daughter was nine when symptoms started after a long summer of hiking and camping in Southern and Central California. She was previously an outdoorsy, active, happy child who loved school. Her symptoms started with fatigue, weakness and knee pain (after a brief flu-like illness) and then the pain migrated.

She complained of stomach aches, headaches, shooting/stinging pains around her body, periodic congestion and a dry cough. A few months in, she got strep and the symptoms worsened. She had a horrible reaction to amoxicillin (swollen, debilitating painful joints, red, itchy rash and hives, fatigue) that would not quit.

Her ANA levels were high with the original onset of symptoms, then soared up to 1:1280 at the height of her illness and beyond. We went to her pediatrician, two ERs and a rheumatologist, who was concerned enough to have her admitted to a children’s hospital.

At this point, neuropsychiatric symptoms had also begun. She was acting almost possessed, she had rage and emotional lability and was making different noises that she seemed unable to control.

Her eyes had red circles around them and they looked sunken into her head and she said that her head felt heavy (yet her pediatrician since birth was ready to send her right back to school).

This was the beginning of December and doctors asked questions like “did you recently go hiking?” “Was she bitten by an insect?” “Did you travel out of town?”

Looking back, these were the wrong questions, indicating a lack of knowledge and awareness of how Lyme behaves. Yet, based on that conversation, the doctors ruled out Lyme immediately. They never even tested her for it.

She stayed five nights in the hospital that time and nobody knew what was wrong. They sent us home after some of her physical symptoms improved with time and meds.

One doctor had brought up the diagnosis of PANDAS, but the team could not agree on that one so that was not pursued either. She was diagnosed with lupus and put on very strong immunosuppressants.

All of her physical and neuropsychiatric symptoms continued, plus dizziness and dermatographia (where even light scratching of the skin can cause deep red welts that last 30 minutes or longer). She also developed severe pain in her feet and legs, making it impossible to walk.

She had mood swings, low frustration tolerance, rage, separation anxiety and a fear of going to school. She was enrolled in our school district’s home study program.

By February, she was hospitalized again for seven nights, this time with a diagnosis of somatoform disorder. This is a psychological diagnosis which assumes that mental conflict is turned into physical pain. They blamed her history of physical illness and the misdiagnosis of lupus as being traumatic and causing a mental illness.

They told us to ignore her physical complaints and take her to a psychiatrist. My daughter sobbed and told me she was so worried that we would not believe her anymore because the doctors didn’t believe her.

One pediatrician tested her for Lyme disease again, but she had been on immunosuppressants for over two months and the ELISA was negative.

Eventually, on my own, I learned more about Lyme disease and PANS/PANDAS. I found a Lyme-literate medical doctor who is an expert in both diseases, and had my daughter tested for a great many things.

She was CDC positive for Lyme, and positive for active Babesia, Bartonella, Erlichia, and Mycoplasma. She was also positive for PANS/PANDAS on the Cunningham panel, which measures autoimmune antibodies associated with neuropsychiatric disorders. She finally started treatment for all this, more than a year after her problems had started.

After following a comprehensive treatment protocol for many months now, she is doing much better. She went back to school in January and completed the semester with all As and Bs. She is now 11 years old.

How can an adult look at a child like this and say she has a mental illness? I think I know the answer to that one – blame the parents!

Why did I, as her mother, have to research and fight to get her treatment? Why do we have to pay out of pocket for doctor visits, testing, and some treatments? Why do some of her doctors still question whether or not her diagnoses actually exist?

Her pediatrician and cardiologist have known her since birth and have known me that whole time. I only take my kids to the doctor for their regular checkups and in severe instances of illness or injury. I am a completely reasonable, rational person with a master’s degree from a reputable university, and I have practiced pediatric occupational therapy for 13 years.

I can only imagine what would’ve happened had we followed the doctors’ advice from the children’s hospital. I know there are lots of other children out there going through the same thing for even longer periods.

Do pediatricians seriously believe that all these school-aged children have mental illnesses? Our daughter was prescribed Zoloft after meeting the psychiatrist just once. I chose to keep looking. But I think that some parents have a blind faith in the medical community or they just don’t know what else to do.

Click here for a photo slideshow about Jessie’s daughter.

Jessie Bedrinana is a mother of two and a pediatric occupational therapist in California. She and her twin sister recently ran a marathon to raise money to help families pay for Lyme treatment. She also blogs about her experiences here.