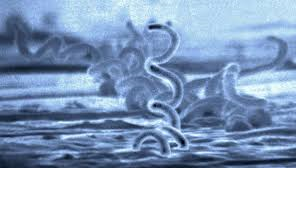 A study by an international team of researchers has found persistent infection despite antibiotic therapy in patients with ongoing symptoms of Lyme disease. The study was published in the open access journal Healthcare (Basel).

Lyme disease is a tick-borne infection caused by Borrelia burgdorferi, a type of corkscrew-shaped bacteria known as a spirochete. In 2013 the Centers for Disease Control and Prevention (CDC) announced that Lyme disease is much more common than previously thought, with over 300,000 new cases diagnosed each year in the United States.

“Our findings address a major controversy over persistent symptoms in Lyme disease,” said Marianne Middelveen, lead author of the published study. “The results suggest that infection with the Lyme spirochete may persist in some patients despite supposedly adequate antibiotic therapy.”

The current study was a collaborative effort by an international team of scientists. In addition to Middelveen, a veterinary microbiologist from Canada, researchers included molecular biologists Jennie Burke and Agustin Franco from Australia working with molecular biologists Eva Sapi and Katherine Filush, nurse practitioner Melissa Fesler and internist Raphael Stricker from the United States.

A previous study from Tulane University showed that the Lyme spirochete could survive antibiotic therapy in monkeys. In the present study, researchers used sophisticated techniques to examine culture samples from twelve human patients who had positive antibody tests for Lyme disease and persistent symptoms despite prior or current antibiotic treatment.

All twelve patients had positive cultures for Borrelia burgdorferi, even if they were currently taking antibiotics. In contrast, asymptomatic control subjects with negative Lyme antibody tests had no evidence of the Lyme spirochete in their culture samples.

“The presence of live spirochetes in symptomatic patients supports the role of ongoing infection in these patients,” said Dr. Peter Mayne, who previously published the first comprehensive study of Lyme disease in Australia. “We need to do more research to determine how this elusive organism survives antibiotic therapy in patients who do not get better.”

Dr. Stricker pointed to the implications for Lyme disease treatment raised by the study. “This study is bad news for Lyme disease patients and their doctors,” he said. “We need to develop better antimicrobial treatments for these suffering patients, and we need to do it now.”