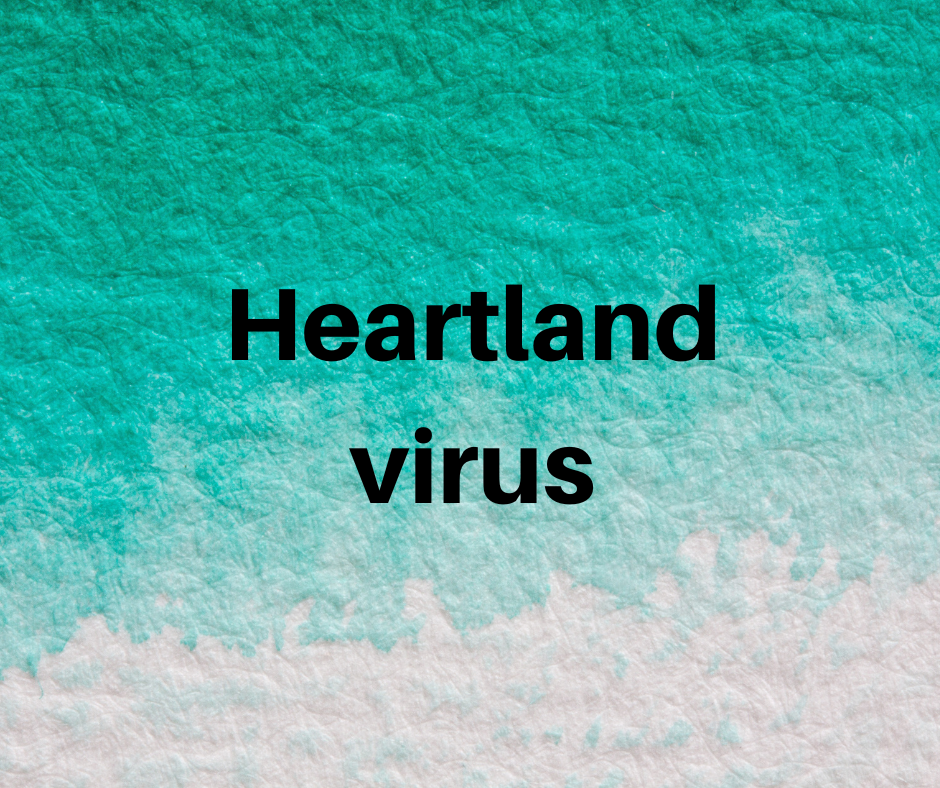 An older person who resides in a rural area of Jackson County, Illinois, recently tested positive for the Heartland virus.

According to state health officials, this is the third reported case of the tick-borne infection in Illinois since 2018.

The state’s first two Heartland virus cases were reported in 2018 in Kankakee and Williamson counties.  Likely spread by the lone star tick, more than 50 cases of Heartland virus disease have been reported in the Midwest and southern United States since 2009.

“As people continue to enjoy summer activities like hiking and camping, it is important to take precautions against ticks,” said Dr. Sameer Vohra, Director of the Illinois Department of Public Health. “Remember to wear insect repellent when in tick habitats and check for ticks immediately afterwards.”

Heartland virus was first identified in 2009 when two Missouri farmers who had been bitten by ticks were admitted to a hospital. Almost all individuals with Heartland virus have needed hospitalization.

Although most people infected have fully recovered, a few older individuals with medical comorbidities have died. There are no vaccines to prevent Heartland virus infections.

Signs and symptoms of infection are like those of other tick-borne diseases and can include fever, headaches, fatigue, muscle aches, and diarrhea. Most people have reported becoming sick about two weeks after being bit by a tick.

And while there is no treatment, doctors can treat some of the symptoms. If you have been bitten by a tick and think you may have Heartland virus or another tick-borne illness, visit a health care provider. Other tick-borne illnesses Illinois residents have been diagnosed with include Lyme disease, Rocky Mountain spotted fever, ehrlichiosis, and tularemia.

Additional information about ticks can be found on IDPH’s Tick Surveillance Map. A map of the location of Heartland virus cases is also available on the CDC website.