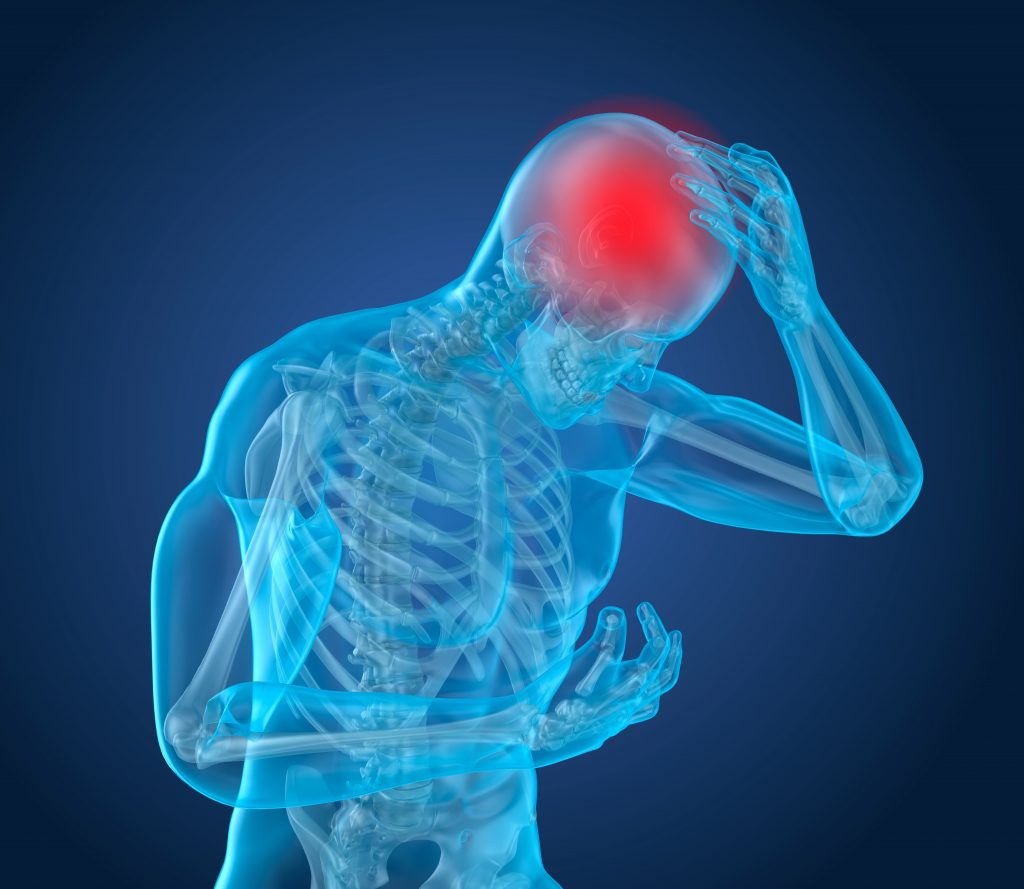 When Brian finished college, he had dreams of becoming a professional hockey player. Unfortunately, he got a rough blow to the head and sustained a concussion. Although he didn’t lose consciousness, he developed a host of symptoms that led to leaving the ice.

He complained of daily headaches that were worse with exertion, physical and mental fatigue, decreased concentration and short-term memory, joint pains, muscle pains, muscle cramps, chest pain, sore soles that were more tender when first getting out of bed, paresthesias (pins and needles sensations) in his fingers and toes; daytime sweats and urethritis—pain on urination.

Sound familiar? Brian had spent time in upstate New York and went to college in Massachusetts. He had never seen a tick attachment nor an EM rash. An alert physician ran a Lyme Western Blot test but the only positive band was the IgG 18 kd, which was interpreted as negative.

Because of his ongoing urethritis, Brian was put on Cipro for one week and all his symptoms flared. Later he was prescribed Levaquin, but he suffered the same reaction and stopped it after two days

Brian got checked out by specialists at a highly regarded medical center, but they could shed no light on the matter.

Brian’s symptoms were getting worse, including a sore throat with swollen glands. He had another Lyme Western Blot (performed at Labcorp) in which the IgM was now reactive at 23 kd. This was interpreted as positive for Lyme disease.

He was then prescribed doxycycline 100 mg twice daily. He herxed for five days and over the next two months he experienced mild improvement.

They did a retrospective chart review of patients who fit the criteria of ongoing symptoms of PCS at least a year after suffering a TBI. To be included in the study, patients had to have a negative brain computed tomography (CT) or magnetic resonance imaging (MRI) scan. Participants were excluded from the study if they had previously tested positive for Lyme and/or co-infections; had two weeks of antibiotics since the date of injury; had been diagnosed with a primary neurological illness (e.g., seizure disorder or multiple sclerosis), or had post-stroke syndrome.

IgM in Lyme disease is not only acute infection

The IgM antibody is considered an acute phase reactant—acute in medicine means recent onset. In most infections, the IgM antibody to a pathogen starts rising soon after the onset of infection. Then begins its decline about a month later, when IgG–the chronic phase reactant–starts increasing. Usually, the IgM becomes negative and the IgG remains elevated while the infection is still active, but IgG can remain elevated long after the infection has been eradicated.

However, this is not the case with Lyme disease. In Lyme, the IgM does indeed rise early—it is usually detectable within one to two weeks. But if the infection is untreated, the elevation in IgM will persist.2,3 This may be due to changes in outer surface proteins on the bacteria that continually signal a new infection to our immune systems.

In the series by Azzolino et al., IgM positivity was disproportionately higher than IgG.  And the same was true in the group of people who had the neurological symptoms of PCS without a history of TBI.

Most of my patients present with chronic persistent Lyme disease that has not been previously treated—they have been ill for years or even decades. The vast majority have Western Blot IgM positivity disproportionate to IgG positivity. It is not unusual for these patients to be told that the positive IgM is a false positive, since they have been ill for a long time and do not have an acute infection.

Prolonged neurological symptoms after TBI may be caused by Lyme disease

It turns out that a significant number of folks who get banged in the head and develop prolonged neurological symptoms were already suffering from a dormant infection with Borrelia burgdorferi, the Lyme pathogen. We know that some people get a tick attachment but don’t see a rash and don’t experience acute Lyme disease—but weeks, months or years later they become ill with chronic Lyme disease.

Sometimes, the symptoms develop gradually, but often they develop almost overnight. In the latter situation, there is usually a trigger—a viral infection, mold exposure, taking an agent that suppresses the immune system like corticosteroids, a vaccine, emotional stress, and trauma of any kind—especially head trauma.

Dr. Chad Prusmack is a neurosurgeon in Denver who sees a lot of patients with head trauma. He is unique among neurosurgeons in that he also diagnoses and treats Lyme disease. Chad told me that in his clinical experience, a third of his patients with PCS have Lyme disease and improve with appropriate treatment.

He also notes that most of these patients have issues with mold sensitivity and mold toxins, as well as dysautonomia, especially POTS—Postural Orthostatic Tachycardia Syndrome–and they improve considerably when they are stabilized.

When I initially saw Brian, I told him I didn’t know how much his neurological symptoms were still attributable to the TBI he sustained over a year earlier as opposed to symptoms caused by the tick-borne diseases.

I suspect many readers of Lymedisease.org have already surmised that Brian was suffering from both Lyme disease and bartonellosis. Morning pain on the soles of the feet, urethritis, daytime sweats, and Herxheimer reactions to Cipro and Levaquin are big tip-offs.

The short story is that with treatment Brian experienced a 100% remission. He wisely decided not to pursue a professional career on the ice, but instead went to medical school. At the time of this writing, he is completing an orthopedic residency.

When Brian was a fourth-year medical student, I asked him what attending physicians on the wards had to say about Lyme disease. His reply: “They think it’s a joke, it’s not real.” This level of denial among mainstream physicians is, distressingly, still quite common.

I talked with Dr. Azzolino recently. He told me his clinical experience has been similar to that of Dr. Prusmack, who found that treating his long-term PCS patients for their tick-borne infections “…resulted in a dramatic improvement in function and reduction in disability” in this patient population.

The bottom line is that head trauma can activate dormant infections that manifest with chronic neurological symptoms that overlap with those of PCS. Anyone with head trauma with persistent PCS should get checked for Lyme disease.

Dr. Daniel Kinderlehrer is an internal medicine physician with a private practice in Denver, Colorado, devoted to treating patients with tick-borne illness. He is the author of  Recovery From Lyme Disease: The Integrative Medicine Guide to the Diagnosis and Treatment of Tick-Borne Illness.