Why do officials continue to deny the reality of gestational Lyme? 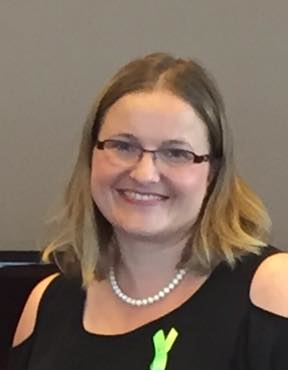 I’ll never forget a couple of years ago when our whole crazy Lyme journey began. I had been diagnosed here in Canada with positive two-tier tests for a European strain of Lyme and one of our daughters also tested positive by Canadian serology for European Lyme, but without travel history to Europe.

I thought this was a great example of possible maternal-fetal transmission and brought it to the attention of my local public health unit. They weren’t so excited.

My concerns were relayed in writing to a senior health official at Public Health Ontario (who is not a physician or a clinician). He called the local region back and told them to promptly close my daughter’s file and that he did not consider maternal-fetal transmission be a mode of exposure. That was it, case closed.

Sometime later, I was to receive an official letter in the mail from Public Health stating that both my case and my daughter’s case would not be counted in the Canadian statistics as confirmed OR probable cases of Lyme disease. It was a slap in the face and made no sense whatsoever.

I looked at the list and felt sick. They had listed articles including the very first case report from 1985 – which clearly described unequivocal evidence of congenital transmission – as well as case reports of deceased babies with overwhelming spirochetosis in their organs and tissues. Their conclusion just didn’t make ANY sense.

I picked up the phone and called my local health unit. I was practically in tears. I asked to come in and speak in person with the region’s chief medical officer. I wanted to show them the full articles and case reports, which clearly described this alternate mode of transmission.

I was denied a face-to face meeting but offered a 30-minute call. I asked the chief medical officer if they had actually reviewed the documents which were listed the letter to me. I was told that wasn’t their job. I was also told to follow up with my family doctor if I had any further concerns and no further action was taken.

This complete ignorance and lack of engagement ignited a fire deep within my spirit for justice – not just for the sake of my own children, but indeed all the families struggling to get recognition and care for their children. I was determined that this placating, paternalistic, rigid denial would not continue to be the narrative – and if things were going to change, I would have to dig deep into the literature to prove the truth for myself.

And as I started reading, digging, analyzing and processing the literature, the anger which had indeed ignited my journey transitioned and was replaced by unbridled passion. Passion to ensure that the truth be brought to the surface and that this truth be handed to the right people with integrity and influence, to answer the hard questions and start tackling this issue.

Rigid denial is no longer an option. Ignorance cannot stand up to truth. Evidence demands a verdict and, that verdict is not that maternal-fetal transmission is plausible or possible, but rather, it has been described and proven and agreed upon by scientists, researchers and physicians alike.

It is clear that further research and urgent investigation of transplacental transmission of Lyme disease is needed and requires an all-hands-on-deck, streamlined, multi-disciplinary approach. We need a patient-first, evidence-based integrative model of bringing together patients with lived experience, front-line clinicians, researchers and scientists – to examine the issues and dig broader and deeper together.

This must be a process which is firmly anchored in transparency, integrity and scientific rigor, with patients as trusted partners.

Frontline healthcare professionals and mothers themselves need to be aware of the risk of maternal-fetal transmission. Families who come forward and identify that they are concerned that Lyme could have been passed on to their children need to be taken seriously.

At LymeHope, we have respectfully asked to be partners with the Public Health Agency of Canada as its mandate is “to promote and protect Canadians’ health by preventing and controlling chronic and infectious diseases and injuries as well as preparing for and responding to public health emergencies.”

Lyme disease is an infectious disease which is not only zoonotic (tick transmission) but has been proven and even documented by Canadian Federal Health authorities to be transferred from human-to-human, mother to child. There are also valid concerns that this disease could be transmitted sexually and through the blood supply.

This disease is affecting the lives and futures of Canadians, and we believe that PHAC has a duty and responsibility to all Canadians to act. We must not defer or wait for others to take a lead. They weren’t the ones to identify and amplify these issues in the first place – we at LymeHope were – when we first spoke at the Parliamentary Standing Health Committee in June 2017.

I trust that this alternate mode of transmission will be recognized for what it is – in Canada, and an apology made to all those who have suffered as a result of this rigid denial of truth.

Babies have died, parents have grieved, childhoods have been lost, hearts have been broken, Lyme sufferers have ended their lives by suicide. The suffering, neglect and pain only continues to mount.

This is why I hold onto hope and I won’t stop. This is why I engage in a way which is respectful, asking for change makers, experts, policy makers and influencers to come together and examine the truth which exists and to take action. We need healing, restoration and reconciliation.

So for all the parents out there who have been told “there is no evidence” of maternal-child transmission, we have now done the work for you. Click on this link to access the document which has direct quotes from the medical and scientific literature on Lyme and Pregnancy/Congenital transmission.

You can confidently share the evidence that does exist and ask again for help. Call your MP and MPP, speak to your respective professional associations and work within your sphere of influence.

Sharing hugs to all the mamas today – who never give up hope for their littles.

Sue Burke Faber is co-founder of LymeHope, an advocacy organization in Canada.