A deer, a cow, and learning to heal from Lyme disease 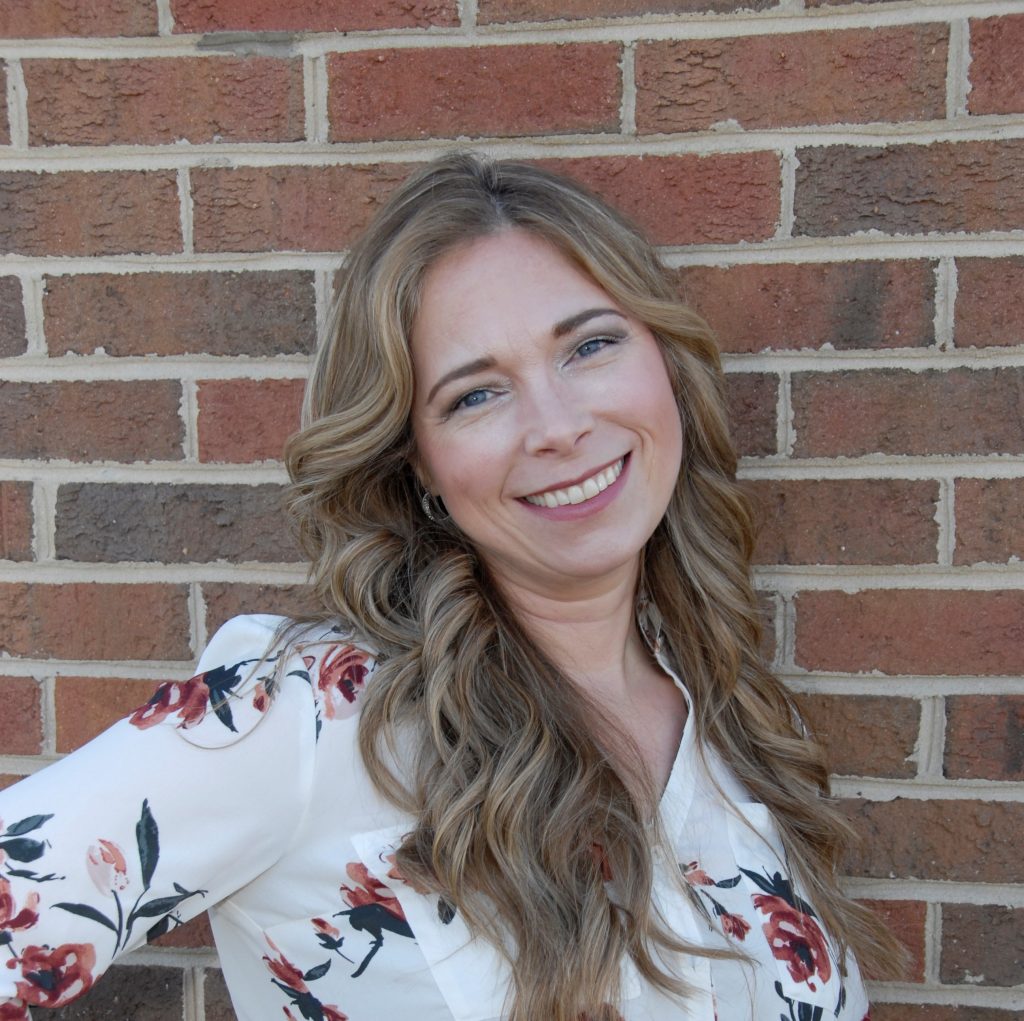 What is your health worth to you? If lost, how far would you go to get it back? These are questions I’ve had a lot of time to think about.

I was living the life. Upwardly mobile in my career, a major crimes detective in her prime. Sure, I had the occasional strep throat, flu, or overall yucky day, but nothing that I thought was different from everyone else. Things were under control, predictable, and manageable…until they weren’t.

After moving to a 26-acre farm and getting pregnant with my third child, things started to change. I. Was. Exhausted. I could barely function, and things that we normally don’t even think about became major blocks.

I had to crawl up stairs because my legs burned, I was short of breath, my heart was on its own agenda, and my head wanted to explode. Taking a shower seemed like a marathon, and I would have to rest when I was done.

The doctors assured me that these were just pregnancy side effects. They said these problems would go away when my son, Thomas, was born.

Once I was a stay-at-home mother of three, however, things never got better. In fact, they were worse. None of my symptoms resolved, but I was too focused on my newborn son to make them a priority.

My little man, who never cried when born, began to regress. Each time he was given a vaccination he would “disappear” for a few days. Then, at 19 months, he didn’t bounce back. My son no longer looked at me. He looked through me with glazed-over eyes. He became completely nonverbal and showed no interest in interacting with others. Classic signs of a spectrum disorder.

After my son’s diagnosis of high-functioning autism, I started biomedically treating him. I was living on adrenaline, squeezing every little bit out of my already-depleted reserves to stay up and research. I altered his diet, got him into speech and physical therapy, and eventually put him in the Head Start program in our county.

We traveled for hours, crossed state lines, and stayed overnight in hotels to see specialists. If it was available, we did it. And he improved! Our son went from having a low IQ to one that was above average. We were making progress, but still, it seemed we were missing something.

Meanwhile, my health that had been put on the back burner needed to be addressed. I was getting worse, and I needed to figure out why. I saw primary care physicians, neurologists, endocrinologists, infectious disease specialists, cardiologists, you name it!

They diagnosed me with a million things, from hypoparathyroidism to congenital heart defects, but no one could find the smoking gun—the root cause of all of my health problems.

I had muscle biopsies, EKGs, EMGs, MRIs, SPECT scans, radioactive scans, heart ablations, bones fused, and organs removed. In response, doctors offered narcotics and various speculations about a cause. First, I was being poisoned. Then, it was psychosomatic. From there I had muscle myopathy, rheumatoid arthritis, lupus, early onset Parkinson’s, and ALS. We continued to treat the symptoms without knowing their cause.

Eventually, a doctor found my smoking gun—Lyme disease and its many co-infections. Evidently, I had contracted Lyme and other tick-borne diseases before conceiving my son, and then transferred it to him in utero. In addition, my defiant and academically struggling daughter also tested positive for Lyme.

Fast forward through several years of homeschooling, PICC lines, oral antibiotics, herbals, special diets—including the Specific Carbohydrate Diet and the Autoimmune Paleo protocol—and more doctor visits than we could count. Here you will find us chugging along just like everyone else. Unfortunately, we’re not like everyone else.

Every single person in my family has been diagnosed with at least one tick-borne disease, if not several.  Yet, healing is possible. My son is now testing gifted and in a math program two years above his grade. My daughter is climbing the corporate ladder, one of the youngest to have achieved her position at the company where she works.

And me? Well, after researching the effect of nutrition and biomedical intervention on Lyme, autism, inflammation, and autoimmune disease for two decades, I went back to school. 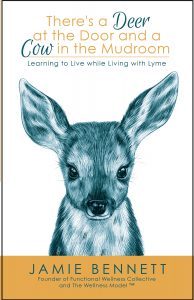 I earned a certification as a Functional Nutritional Therapy Practitioner and Autoimmune Paleo coach so I could help others from a nutritional and biomedical standpoint. Emotionally, I’d say we’re not worse for wear, but our health will always keep us on our toes.

Through all of our difficult times, my mother was my rock, biggest cheerleader, and best friend. Three years ago, she encouraged me to share our story, and I took up that challenge.

The result is a book called There’s A Deer At The Door And A Cow In The Mudroom: Learning to Live while Living with Lyme. My goal is to help others by sharing what I learned from those dark years. Our family’s transformation through faith, farming, and chronic illness was a roller coaster of emotions and learning lessons but certainly not all bad.

The deer my daughter rehabilitated was as instrumental to her recovery as her medication. Waking to find the deer waiting at the door gave her a reason to get up and continue to fight each day. The calf–it really was in the mudroom. It become one of the many farm lessons that molded my children, teaching them to live each moment as though they were never sick.

My mother didn’t live to see the publication of this book, but she was instrumental in helping to bring it about.

My family healed through our various experiences. I hope that learning about what we did can help you heal, too.