Closing in on a safe and effective human vaccine for Lyme disease? 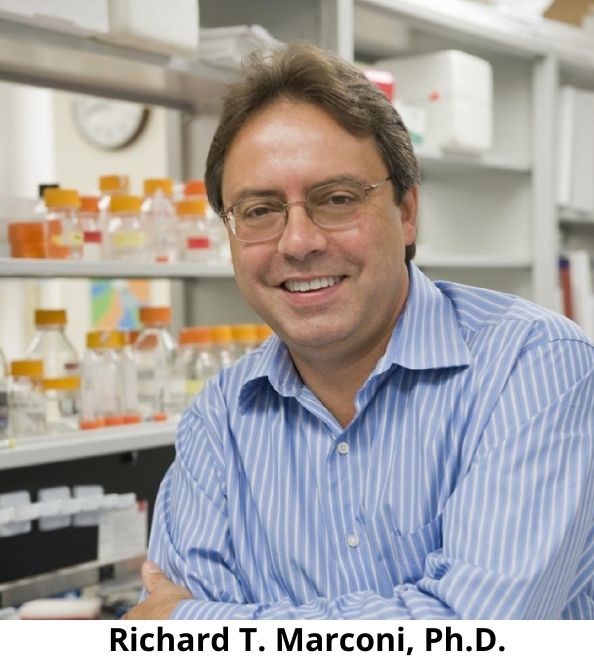 One of VCU’s most successful and revenue-generating inventors is on track to develop a vaccine against Lyme disease in humans as well as a new diagnostic test.

The human vaccine work builds on a USDA-approved Lyme disease vaccine originally developed for use in dogs. The canine vaccine is marketed under the brand name Vanguard® crLyme and produced and distributed by the animal health company Zoetis. It entered the veterinary market in 2016 and is now the most widely used Lyme disease vaccine in North America.

The canine vaccine has “taken the veterinary market by storm,” says Magdalena Morgan, Ph.D., director of licensing at VCU Innovation Gateway. It’s considered the best of several such vaccines available, thanks to the vaccine’s capability to fight different strains of the disease. “It’s very versatile,” she says.

While work on a human Lyme disease vaccine continues in the lab, “we have the advantage of having taken the vaccine to a higher animal model and have demonstrated the efficacy and safety there,” says vaccine developer Richard T. Marconi, Ph.D., a professor in the Department of Microbiology and Immunology. Using the same technological approach that was employed to develop the canine vaccine, Marconi’s lab is now developing a potential point-of-care test for Lyme disease.

Lyme disease is the most prevalent tick-borne disease in North America and Europe.  The CDC estimates there are 470,000 clinical diagnosed cases each year in the U.S. alone. Symptoms of Lyme disease vary but can be debilitating, including severe fatigue and headache, neck stiffness, joint pain, heart inflammation and various neurological symptoms.

The cause of Lyme disease is a spiral-shaped bacterium, Borreliella burgdorferi. “B.burgdorferi is a highly variable organism, so the key challenge in developing a vaccine is that it has to be able to trigger immune responses in vaccinated individuals that can protect against the diverse strains of the Lyme spirochetes that exist in nature,” Marconi says.

Many vaccines work by introducing individual proteins from bacteria, called antigens, to stimulate an antibody response in the body to fight the infection. The canine vaccine, Vanguard crLyme, consists of two proteins: an outer surface protein A (OspA), and a custom-designed version of outer surface protein C (OspC). OspA was once used in a human vaccine against Lyme disease, called LYMErix. The drug remained on the market for just a few years before being voluntarily discontinued by the manufacturer due to perceived concerns about adverse events.

In light of the stigma associated with the use of OspA in a human vaccine, Marconi made the decision not to use it in a potential vaccine for humans. “I’m happy to say we’ve been able to find an improved substitute for OspA,” he says.

But it wasn’t easy.

“Finding a single natural protein that would provide protection by targeting the bacteria in the tick as well as in individuals was quite a challenge,” he says. “We came to the conclusion that nature wasn’t going to hand it to us, and that we had to get more creative than that.”

Marconi’s work has centered on generating novel proteins called chimeritopes where, instead of using a single B. burgdorferi protein antigen to create a vaccine, the immunologically relevant pieces of several different proteins are joined together to create a new protein called a chimeritope.

“That’s what we’ve been striving for, and I’m confident we’ve achieved that,” he says.

Vaccine development is an intensive and expensive process. The work is funded in large part by a $2.54 million grant from the National Institutes of Health, with additional backing by the Steven & Alexandra Cohen Foundation, the Christian Family Foundation, and VCU. The VCU funding through the School of Medicine is supported by the university reinvesting royalties from the canine vaccine.

Getting a human vaccine to market is still years out.

After much trial and error, Marconi describes having an “optimal vaccine formulation” in hand with the chimeritope approach. Now, he and the team are moving to the next step of vaccine development: testing in mice to determine the optimal dose of the vaccine and assess its efficacy. Months of follow up work will ensue to carefully assess the immune responses elicited by vaccination.

At the same time, Marconi’s team seeks for corporate and private partners who can help take the vaccine to market.

“There has been significant interest,” he says. “You can make a great vaccine, but you have to have the resources and confidence in your development partners to make sure it is going to be presented properly, shepherded through the review process appropriately, and ultimately wind up being used to humans.”

Lyme disease is considered a priority by NIH and CDC, so any vaccine review for safety and effectiveness will get faster consideration than others might, he notes.

“It’s really quite exciting to take science from the bench to bedside and see the measurable positive impact you can have on such an important health issue,” Marconi says.

“What I do for a living is remarkably thrilling. I think I’m one of the luckiest people around. My job consists of thinking of ideas and new approaches and going into the lab every day and seeing if we can make them work. The thing about science is there’s always questions you can ask, and if you’re formulating the right questions, you’re going to be on a very productive research path.”