Why I can’t retire: too much Lyme work still to be done 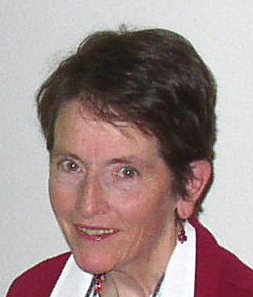 I was just cleaning up files on my computer and found this series of vignettes I wrote 10 years ago. I’ll be 75 in a couple of weeks and my work is not done yet!

I had Lyme 10 years before I was diagnosed, but lived with another diagnosis all that time, getting worse and worse until I was quite disabled. When I was 44, I met my Lyme savior, who treated me long term with oral antibiotics until today, 20 years later, [now 30] I am in excellent health and can put in a full day.

My friend T. got so bad with Lyme that before she made a phone call she had to write her name down on a piece of paper, or she wouldn’t remember it. Once she was driving somewhere and her feet felt funny. When she looked down she saw her shoes were mismatched and on the wrong feet. She is much better now with long-term antibiotics, but she had co-infections, too, so she keeps relapsing.

One day, my friend M. found herself standing outside her car in a local parking lot. She couldn’t remember how she came to be there. Her camera bag was open on the seat with no camera in it. She had no idea where it was. She walked up the path and found it on a bench. This friend also had spells of stuttering and being unable to find words to express her thoughts.

Another young person who had Lyme as a child and was briefly treated, developed severe panic attacks during her early twenties. Now, 10 years later, she has progressed to a diagnosis of bi-polar. She is disabled and living with her mother. She is not being treated.

A young man close to my heart was exposed during childhood and had only odd, seemingly unrelated health issues. His Lyme didn’t blossom until he tried to move away to attend college when he was 23. He found himself crying daily over a girlfriend he had broken up with. He was happy with a nice new girlfriend but that was how he explained his emotional rollercoaster to himself. He was depressed and exhausted and spent days sleeping in a darkened room. It took several years of treatment before the young man was back on an even keel. Now he enjoys life, is gainfully employed and able to support his family.

A neighbor got Parkinson’s-like symptoms that went away with antibiotic treatment. Whenever the symptoms recurred, the doctor would treat her again. She also tested positive for Lyme.

My friend L has been diagnosed with MS. She has thick black hair—nymphal tick hiding place? —and has spent hours in the grass and woods of an endemic area with a significant tick infection rate. Her ELISA test was negative and she is taking shots of interferon to stave off the neurologic ravages of MS. I am trying to steer her towards a Lyme specialist but I don’t know if I will succeed. Her doctor has told her she has MS, you see. [I didn’t succeed.]

I met D at a farmer’s market where I was giving out information about Lyme disease. A few years back, he had found a tick embedded in his scalp. He took it for testing to the public health lab where he was told the tick was too mutilated to test. No one told him he could send it to another lab for a PCR DNA test, which doesn’t require a whole tick. A few years later, his golfing buddies noticed his gait was strange. D. had started losing control of his legs. His doctor told him he had ALS. Based on our conversation at the market, he sought out a Lyme specialist. Sadly, it was too late for D. He soon died, only in his fifties.

We have pulled several partially engorged nymphal ticks from the tender skin of my young grandson, who loves to play outdoors. We are vigilant, we use sprays, we do tick inspections, we test the ticks that bite, and we use prophylactic antibiotics when needed. So far, he is well, but I fear for him and all the other children. They are the highest risk group, according to the CDC.

These are just a few of the stories I have heard in my years as a Lyme disease patient advocate and explain why, at age 65 [now 75], I feel I can’t retire. There is too much work left to be done, still too many lives to try to save.

Phyllis Mervine is founder and president of LymeDisease.org. Contact her at pmervine@lymedisease.org.