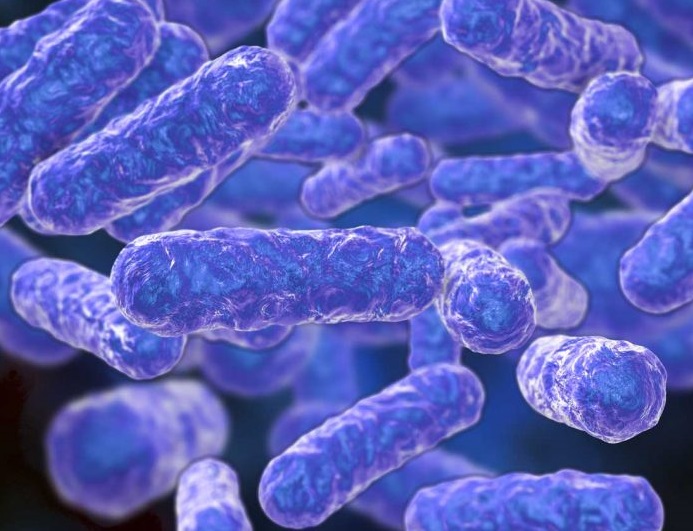 Much of what the world knows about Bartonella was discovered by a small lab on the fourth floor of the North Carolina State College of Veterinary Medicine research building.

Now, the CVM is leading the way to a new milestone: developing an effective antimicrobial treatment for animals and humans impacted by the Bartonella family of bacteria and the ever-growing list of infectious diseases linked to them.

The CVM’s Ed Breitschwerdt and Ricardo Maggi are part of a new Bartonella Research Consortium, established through a four-year, $4.8 million grant from The Steven & Alexandra Cohen Foundation. The consortium includes Timothy Haystead of Duke University and Monica Embers of Tulane University.

The team has two missions: creating a novel, advanced treatment for bartonellosis, the group of infectious diseases caused by Bartonella pathogens — and getting the drug out to the marketplace fast for both animals and humans.

The Steven & Alexandra Cohen Foundation funding is believed to be the largest-ever single grant for a project devoted solely to combating Bartonella and bartonellosis.

“I’ve witnessed the evolution in this field from being barely able to detect and diagnose Bartonella infection to identifying some of the pathologies associated with it,” says Maggi, research professor of internal medicine.

“This new stage in Bartonella clinical research will now provide significant advances in the treatment and prognosis of the stealth infections associated with this genus of bacteria.”

At the CVM, Maggi and Breitschwerdt will test targeted Bartonella drugs developed by Haystead’s team, with Embers’ group using animal models to review the effectiveness of the new therapies.

Combinations of antibiotics are used to treat Bartonella-related conditions, similar to the approach used for other tick-borne diseases such as Lyme disease.

But unlike the bacteria associated with Lyme disease, Bartonella can penetrate almost any cell in the body, linger and lead to chronic disease.

Additionally, there have been people infected with both Borrelia burgdorferi, which causes Lyme disease, and Bartonella, which often exacerbates symptoms.

Breitschwerdt, the Melanie S. Steele Distinguished Professor of Internal Medicine, has devoted his 40-year career at the CVM to infectious disease. Bartonella has guided his past three decades of scholarship.

He co-leads the CVM’s Vector Borne Disease Diagnostic Laboratory, which was the first in the world to identify a Bartonella infection in a dog. Maggi has worked closely with Breitschwerdt on a slew of Bartonella research projects since joining the CVM in 2003.

“What’s driving us now is our vision of not treating bacteria the way we’ve always treated bacteria — approaching them with antibiotics,” says Breitschwerdt.

“Let’s take the approach that we do with cancer treatment. Let’s see if we can get right down to the heart of the DNA and pick something out that will keep this organism from being able to live.”

It’s a remarkable tipping point. Bartonella first garnered notice 30 years ago, when HIV patients began showing symptoms of bartonellosis. Only one Bartonella species had a name before 1990. Now there are nearly 40, and about half are associated with disease symptoms.

Since the early ‘90s, Bartonella bacteria has been linked to cat-scratch disease, trench fever and Carrion’s disease. It has been associated with skin, eye, heart and brain diseases.

Bartonella species live throughout the United States and most of the world, carried by ticks, fleas and lice. Infections are transmitted to humans through insects or through infected animals, such as cats.

Research led by Breitschwerdt, Maggi and others at the CVM over the past few decades has steadfastly painted an increasingly vivid picture of Bartonella’s vast impact.

Such studies have found evidence of Bartonella infection in schizophrenia patients, in those with psychiatric symptoms and skin lesions, and linked a Bartonella strain to heart disease in dogs.

“We started on Bartonella research in 1992, and in reality, it’s taken nearly three decades to get people to not just recognize Bartonella but spell the word,” says Breitschwerdt.

“Bartonella will be the next paradigm changer in medical microbiology. What I envision is that there are going to be a lot of chapters in medical textbooks that have to be rewritten. And to write those chapters, you’re going to have to be able to spell Bartonella.”

The multidisciplinary Bartonella Research Consortium team itself is emblematic of a sea change in understanding and appreciating the true impact of the bacteria.

Haystead is a professor of pharmacology and cancer biology who’s dedicated to developing treatments for human disease. Embers is an associate professor of microbiology and immunology at the Tulane National Primate Research Center, focused on how infectious diseases persist even after antibiotic therapy approaches.

“We are very positive that at the end of this work, we will have the first battery of treatment options to battle Bartonella infection not just in animals but also in people,” says Maggi.