Amy Scher: “Healing can’t happen in a bubble of fear” 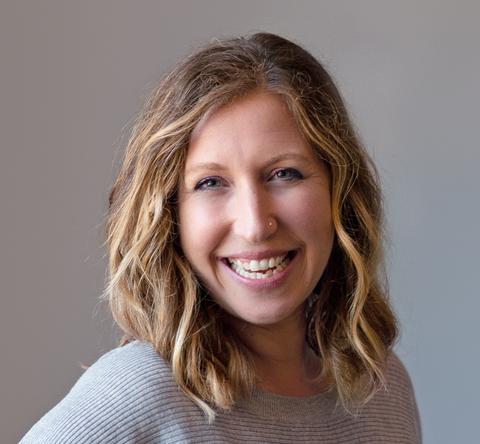 By Amy B. Scher


In order to fully heal, you are going to have to let go and lighten up (mostly on yourself).

That’s what I tell people when they are trying to micro-manage every itty bit of themselves and their protocols in order to heal. It may seem like an easy suggestion to follow after all they’ve been through. However it was personally one of the most difficult parts of healing for me to embrace.

I lived in a bubble of fear, worried that everything I did or didn’t do would make or break my healing. But  eventually, it became clear to me that healing will not (and cannot) happen in a bubble of fear. Fear is contradictory to the environment that is needed for wellbeing.

While much went into my ultimate recovery from Lyme, the act of lightening up and letting go had one of the most profound impacts on my journey.

When we suppress ourselves, we can end up feeling anxious, depressed, and sick. If healing is all about getting free to experience a full life again, we must also pay attention to freeing ourselves from the patterns and behaviors that no longer serve us.

Lightening up does not always come easy, but it’s so worth it, and it does come if we let it.

The tyranny of perfectionism

My parents raised me with all the love and silliness you’d expect from the hippies that they were. They always praised me as smart, sweet, artistic, and kind.

But instead of taking these compliments as truth, the part of me that analyzed and internalized everything contorted them into a rule: I must be perfect.

With no one else requiring this of me, I took perfection on as my calling, my purpose. As I grew older, the pressure of this piled on me like a thousand pounds. I strived to be the one who made everyone happy and was celebrated for great things, but I also longed to be one whose faults went unnoticed.

When I strayed from the person I thought I should be—by not getting perfect grades, not being the perfect friend, or making a mistake—my insides would clench. I spent a lot of time rehearsing in my head what things I could have done differently, better. Even though my parents didn’t seem  bothered by any of my imperfections, I worried I might somehow be less of a shining star to them.

By the time I’d been suffering with chronic illness and my body had been falling apart for a good long while, I had assigned much of the blame to myself. Somehow, I must have not done this life thing good enough, perfect enough. Now, perfection was something I owed to the people around me as an apology for being the glaring burden I felt myself to be. I tried hard to convince myself I deserved mercy in this new small life, yet still, even on my near-deathbed, I felt I wasn’t doing sick perfect enough.

The truth is this: I was unloved by myself long before my physical body went astray. And it had become painfully obvious that this pattern was crushing my being and assaulting my immune system. At some point, I decided that if I didn’t lighten the f**k up, this pattern of perfection was going to kill me. I sensed that maybe it had already started to in some way.

Thanks to Stanford University’s Center for Compassion and Altruism Research and Education, we now have scientific data that shows us how and why self-criticism isn’t healthy. (Although we probably didn’t need scientific proof on this one). Self-criticism “makes us weaker in the face of failure, more emotional, and less likely to assimilate lessons from our failures.”

In fact, in a 2012 study published in the US National Library of Medicine, a link between self-compassion and negative states such as depression and anxiety was apparent across 20 studies. Because self-compassion is associated with lower levels of self- criticism, and self-criticism is known to be an important predictor of anxiety and depression, this is where we’re going to start our work.

Even outside of these examples, there has been much information that’s emerged over the years on how positive emotions, including love and acceptance, have a direct impact on your physiology, particularly your nervous system. If you beat yourself up all the time about what you are or aren’t doing, it makes sense that your system would read that self-criticism as danger and stress and react to it in just that way.

The practice of self-compassion is learning to lighten up on yourself just as you would with someone close to you who you loved and cared for. You’ve probably been criticizing yourself for a long time. If this hasn’t worked yet, it’s probably time to try something new

During my experience with illness, I spent a lot of time obsessing over every new sensation in my body. I was in a state of constant overdrive, trying to figure out what each symptom was from or how to make it go away. I always alerted my doctors, who also seemed perplexed by what they meant, which of course made me feel even more worried.

Ultimately, I started to approach my body and its symptoms as not warning signs of something severe (as long as my doctor had already been notified), but as just something my body was doing that may not have a clear-cut explanation. I learned how, sometimes, to just let my symptoms be, releasing the massive amounts of energy I spent consumed by trying to solve them.

This is what I learned: sometimes they mean nothing.

We spend so much time analyzing our symptoms, guessing what they could mean, and obsessing over when they’ll go. And sometimes, we need to do that. But other times, we need a break. The truth is that despite all of our incessant “figuring out,” sometimes we just won’t know what our body is doing. We also won’t always know what healing might be taking place despite the raging symptoms. I had my worst month of symptoms came just before I turned a corner toward healing.

Give yourself permission to live a little

I spent most of my life in California, where I ate organic food, held my breath when I walked by a smoker, and focused on controlling my environment to control my health. After I was diagnosed with chronic Lyme, I became even more attuned to my lifestyle and surroundings—afraid that every misstep would kill me.

The turning point for me happened when I was in India in 2007, where I had traveled for stem cell treatment. That was my first hint that I needed to learn to let go. I had to. No choice. No time to get used to an entirely different world and medical system.

At the request of one of the nurses, I had given the staff at the hospital a list of foods I could and could not eat. On the could list: protein and veggies. On the could not list: everything else. Over the years, my brain had been programmed with messages like dairy is bad because it causes inflammation, sugar feeds the Lyme bacteria, and carbs are evil. And while maybe some of that has truth to it, being ridiculously strict about my diet only caused me more intense stress.

When the doctor saw the list, she came to my room with it and asked, “But what about your healthy cells? They need some sugar. Dairy is not bad for them. Carbs are okay in moderation! Each night, you can have a small amount of red wine and chocolate. You need some pleasure too.” All I could think was, Are you trying to kill me?

It wasn’t until I was squatting on a mud-smudged grocery store floor that what she said began to sink in. My whole existence for years had been dedicated to “killing” Lyme. I had built my entire life around Lyme disease, the one thing that I didn’t want. What about the rest of me?

“Mom! Look!” I had found a packaged chocolate lava cake, the kind where you add hot water to the plastic tray full of batter and it magically puffs up into dessert. It was inflatable chocolate cake, and it was a miracle in a country that was hard for me to find food I enjoyed.

This is when I had an epiphany that informed the rest of my healing journey:

What if, in my furious effort to find the cure, I had been missing something critically important all along? What if I loosened the death grip I had on my own life? What if healing is beyond what you eat and how perfectly you take your supplements? What if enjoying life and lightening up didn’t look like healing, but was a tiny step toward it?

Chocolate cake, just like the other lessons I learned, would become part of my protocol; one that brought me joy and helped to teach me that the healing journey doesn’t always look like perfection. Sometimes it looks like lightening and loosening up.

Amy B. Scher, an energy therapist, has written several books on healing, including: This Is How I Save My Life: Searching the World for a Cure – A Lyme Disease Memoir (When doctors have all but given up, when a diagnosis eludes you, and when every test result raises more questions than answers, how do you save yourself?); How To Heal Yourself From Depression When No One Else Can (Scher’s accessible approach to helping anyone struggling with depression to reclaim a joyful life). How To Heal Yourself From Anxiety When No One Else Can (A unique, go-at-your-own-pace book, full of hands-on techniques and guidance that illustrate one profound truth: healing from anxiety is possible). She can be found online at amybscher.com.