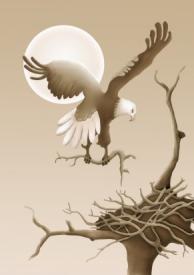 David Volkman, Emeritus Professor of Medicine and Pediatrics at SUNY, Stony Brook, and previously Senior Investigator with the National Institute of Allergies and Infectious Diseases, has submitted the attached letter to the IDSA pursuant to its document submission process. He has performed both clinical and bench research in Lyme disease since 1985. Given his impeccable credentials, outlined in the first paragraph of his letter, his submission should carry considerable weight with the panel. Among other things, he points to the suppression of research and stifling of the types of investigative inquiry necessary to begin to address pressing issues for Lyme patients—the need for better testing, the need to acknowledge persistence and start looking for treatment protocols that help patients get better, the need to keep surveillance definitions outside the arena of patient diagnosis, the need to acknowledge the usefulness of PCR testing, and the need to avoid prophylaxis regimens that may promote chronic Lyme. His letter smells a little bit like “courage” to me—a pretty rare commodity these days.

The introduction of his letter  hits the ball out of the park by framing how to play fair when scientists disagree.

Recommendations from Guidelines Committees ought to be evidenced based, unbiased, and valid, not consensus dictums based on the authoritative opinions of “experts” which should be objectively evaluated and often challenged. Rather than avoid controversy and dissenting views to achieve unanimity the Guidelines should accurately reflect confirmed medical principals and both sides of unresolved questions.

Volkman then proceeds to dismantle the IDSA tightly controlled campaign to avoid scientific truth at all costs:

·         IDSA ignores need for better diagnostic tools: However instead of urging the development of better diagnostic tools to identify individuals with previous infections who may still be infected (36) with chronic symptoms, Guidelines members merely assert the unsupported dogma that chronically infected people are all seropositive. This claim is simply untrue (7,8,10-14). Some of these committee members have testified as “expert witnesses” for insurance companies attempting to deny health benefits to chronically symptomatic individuals and written articles disputing its existence (17).

·         IDSA stifles needed research: Instead of fostering research on the optimal antibiotic regimen to eradicate persistent borreliosis in in vitro, animal, and human models, committee members have stifled investigation by their obdurate insistence that persistent borreliosis does not exist (15-19,22). It remains unclear what combination of antibiotics and sustained treatment will eliminate a carrier state and minimize morbidity. The IDSA’s Committee should be a strong proponent of this sort of research rather than an obstacle.

·         PCR testing is reliable and reproducible: Committee members have assailed the PCR evidence from several labs that detected borrelia DNA in the CSF or joint effusions of seronegative patients (11,13,14). Feder (17) cited problems with nested primers in disputing PCR evidence. However, as shown below the PCR data was reliable and reproducible.

·         IDSA suppresses science: Despite Drs. Burgdorfer and Barbour having pioneered the isolation and growth of B. burgdorferi at the CDC, much of the current work on persistent borreliosis is being done in Europe as American work in humans may have been suppressed by prevailing dogma (21)

·         CDC surveillance definition misused: The CDC explicitly cautioned against using this restrictive case definition for clinical diagnosis and reiterated this proscription with every re-issuing of its “Surveillance Definition.” It has been a source of frustration and confusion that some in the medical community wrongly insist that a Lyme patient must satisfy CDC criteria (see memo below).

·         IDSA panel had conflicts: Members of the current IDSA Guidelines Committee for the Treatment of Lyme have been cited by the Connecticut Attorney General (33) for receiving payments from insurance companies as expert witnesses testifying against patient claims for treating chronic Lyme disease. In addition, members received payments for consulting to LD testing companies regarding their accuracy in detecting LD serologically. The Guidelines Committee has denied the existence of chronic borreliosis and has insisted that all LD patients are seropositive. The Committee’s conflicts of interest violate recommendations for guidelines committees (34).

·         Need for research not opinion:  Finally, encouraging improved diagnostic (36) and therapeutic tools should be a major priority of a new Committee. Recommendations should be evidence-based not unsupported opinions of Committee members. Controversies need to be delineated not ignored in the interest of consensus.

The bottom line–Volkman puts his finger on the pulse when he notes that science in the US on persistent infection and the optimal way to treat that infection has been effectively silenced by the IDSA.